Most retirees have big plans for their lives after then stop working. Whether, it's buying a vacation home, traveling or opening a small business, these plans usually require a healthy retirement fund. One of the biggest fears of any retiree is not having enough money to live the life they envisioned for themselves after they stopped working. This is especially true when one considers that people are generally living longer than ever before. Understandably, therefore, retirees have to find a way to make their savings go the distance. Of course, the simplest solution to a retirement deficit is just to save more money. However, saving more money depends on some factors such as salary and the point at which you begin saving. It also helps if you can add income from sources other than your salaries such as bonuses, windfalls and freelance income. What happens if none of these factors work out for you, what is your recourse then? Here are a few ways to maximize your retirement money. 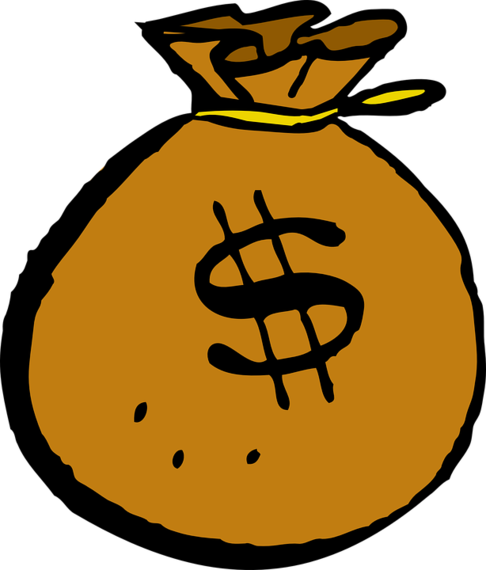 Move To A Less Expensive Area - Studies have shown that retirees wish to continue living in their homes after retiring. This is not surprising considering the comfort afforded by a familiar abode. However, where you live might cause you to spend more money on gas, groceries, health insurance and taxes than you may realize. In addition to this, if you currently live in a large home, you may find that it is expensive to pay for the upkeep of your home. To keep some of that money in your pocket, it may become practical to move to a less expensive area. The chances are that you can find a new place to live in which the amenities are as good as or even better than your old neighborhood. It is also good to consider that aging may also place demands on the type of house you live in and your need for better accessibility options. In addition to this, besides just saving money, retirees may discover a whole range of other benefits such as better climate and more beautiful surroundings.

Consolidate Accounts - If you have retirement plans from various jobs that you've had you might want to think about consolidating those represents the best investment option. Consolidating two or more IRAs into a single account is called an IRA rollover or transfer. Rolled over IRAs will incur fewer fees since you will need fewer custodians to report contributions and withdrawals to the IRS. Additionally, you will pay fewer transaction fees since you will have less sales and purchases from a unified account. On top of all of this, a consolidated IRA investment is easier to manage to give you a little less to worry about.

Take A Job In Retirement - Just because your paycheck stops coming, it doesn't mean the bills stop as well. And while the idea of retirement isn't to start working all over again, for retirees there may be a lot of value in taking a part-time job. Having a steady income coming in can help retirees withdraw considerably less from their retirement funds. Besides the money, taking a part-time job helps retirees to keep busy and stay mentally active. Retirees have the opportunity to opt for a job that they truly love rather than one that is practical.

Reduce Or Eliminate High Interest-Rate Debt Like Credit Cards - Few things create more of a drain on your retirement funds like perpetual high-interest-rate debt from credit cards. With some credit card companies charging, 15, 18 or even 25 percent interest on debts, here is a chance that you could be paying more interest on your credit cards than actually saving for retirement. If this is you, you may want to consider limiting or eliminating that debt. Consider shifting your balance to a card that has a no-interest introductory offer. This will afford you some much-needed time to pay off the debt without accumulating more interest.

Take Control of Your Spending - Indiscriminate spending is one of the biggest threats to retirement funds. However, the good news is that the keys to avoiding this pitfall are right in your hands. Retirees should have a good knowledge of their retirement fund and a good understanding of how much freedom they have when spending. Retirees should have a retirement budget figured out before they actually stop working. This will give them a better idea of where they are and will help them avoid the shock of a strict budget. This budget should include a list of all the areas in which money is spent including rent, utilities, cell phone bills, cable, and other forms of entertainment such as hobbies and vacations. Retirees should also make room in the budget for unseen costs such as medical bills, home and auto repairs and funerals.

Stay Invested Even as a Retiree - You shouldn't let your retirement be the reason for cashing out all of your investments. However, as retirees age, they should move away from stocks and towards bonds as a way of mitigating risk. An often-used rule used in investing suggests subtracting your age from 100 and using the remainder to dictate the percentage of your total retirement fund that should comprise of stocks. Thus, if you are currently 50 years old, only half of your total retirement fund should be made up stocks. With people living longer and spending a greater portion of their retirees may need to subtract their ages from 110 or 120 to get a better idea of their investment strategy. However whatever approach you use it is important that you do not cash out all of your investments upon retiring.

The most important feature of having a retirement fund is having enough of it. Running out of money is a fear that many retirees harbor. Thankfully, however, there are many ways to make money. The first step towards having enough funds is close monitoring. To get your retirement money to work for you it is important that you review your fund situation regularly. This way, if you discover a deficit, you will be able to take action with relative swiftness. Taking positive steps before you retire can be a tremendous help towards having a stable retirement fund.