There's a popular misperception that older people lose interest in sex. Indeed, study after study shows that people want to maintain active sex lives well into their later years. And yet there are factors -- such as a natural decline in energy levels -- that can make those over 50 feel sexually stalled. To prove that sexuality can still be alive (and lively) as we age, here's a list of five tricks to try for better sex, compiled with the help of a few of our Huff/Post50 sex bloggers.

1. Stop being hung up on looks.

If you are worried about the sexiness of your post-50 body, you're going to be distracted and not fully present in a sexual encounter. As Huff/Post50 blogger Erica Jagger says, "Now that you're middle-aged, you have a greater understanding of what you want in bed, and are probably better able to communicate it than you were in your 20s. Stop caring about what you look like during sex and be grateful your body can give you so much pleasure."

2. Think beyond the traditional.

To combat vaginal dryness, definitely try lube before intercourse. Gynecologist Cheryl Iglesia tells The Huffington Post that water-based and/or silicone-based lubricants are a good option. Water-based lubes tend to be less irritating, she says, while silicone-based ones can last longer.

For Huff/Post50 blogger Barry Gold, the main driver of better sex after 50 has been communication. "Admittedly, it helped that I had gotten divorced, and was starting fresh with new partners; there were no old habits or patterns in place, nor the other issues inherent in a deteriorating marriage. But in each case, from the very start, we spoke openly and honestly about what we enjoyed doing and having done, as well as our expectations for that aspect of the relationship. Moreover, this communication wasn’t just during encounters -- it was continual, occurring in non-sexual settings like the market or a restaurant, on the phone, and via text and emails. So not only does information (and lots of jokes) get exchanged, all the 'sexy talk' keeps it front of mind, leading to more sex, leading to more talk, leading to more sex, and a wonderful positive feedback loop is created."

4. Pay closer attention to what you do before you have sex.

Don't eat a heavy meal as "food coma" is very real. Carby, fatty and sugary foods can all trigger a pretty powerful slow-down signal to your brain as soon as these foods hit your gut, which can make you drowsy. And don't drink too much either. Drinking too much at one time may dull your sensations, making sexual arousal more difficult. Oh, and don't forget to pee. You don't want to have to race off to the bathroom just as things are getting hot and heavy.

5. Try something completely outside your comfort zone.

We recommend this one with a big caveat: In some states, having sex in a public restroom is a misdemeanor.

Huff/Post50 blogger Jack Anderson reminds us that the unisex bathroom is back at many restaurants, "which is incredibly exciting for couples in their 50s [or older] who want to sneak a lil sumthin' sumthin' before dessert. Just make sure that you knock on the right door, with the agreed-upon knock sequence, before entering to make sure that your partner is inside. And make sure, when you're finished, that you both wash your hands thoroughly at the communal sink so you can look at each other's Cheshire grins."

Or if you're used to getting it on only in the bedroom, try the living room or kitchen, as long as no one else is home. The goal is to spice things up.

So did we miss anything? What gets YOU in the mood? Let us know in comments. 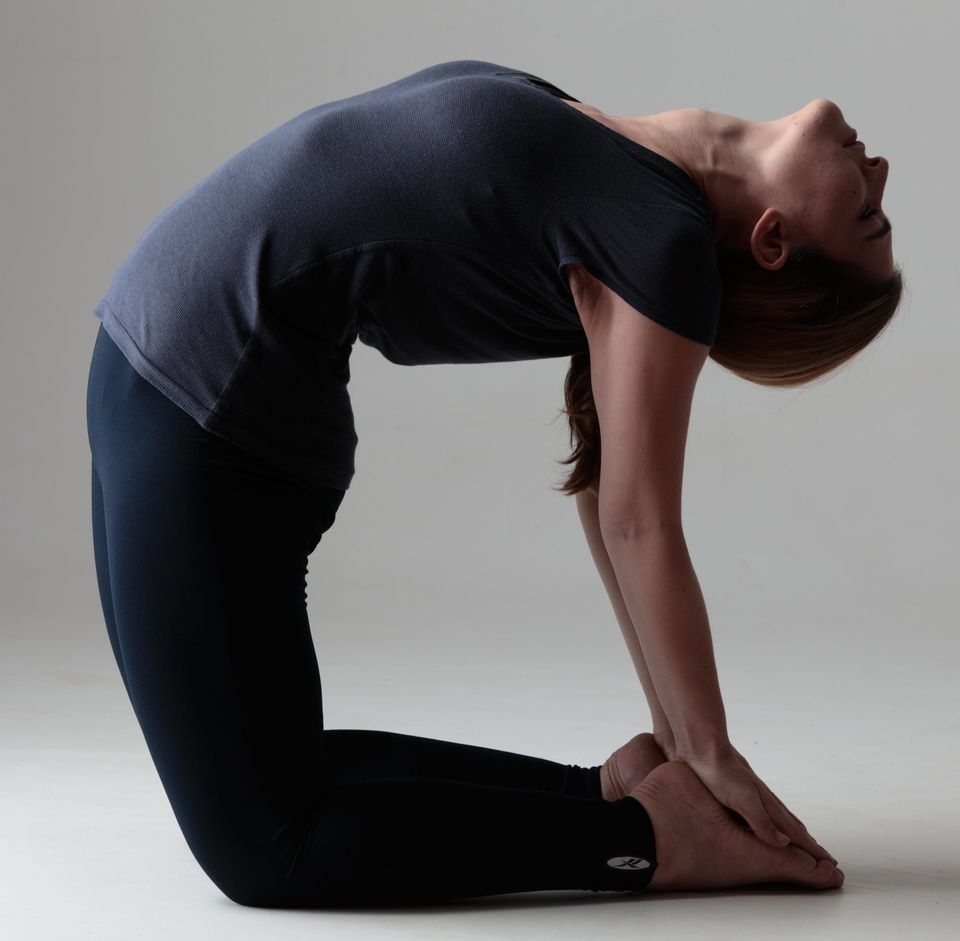 1 / 6
Ustrasana
This posture unblocks your whole body by opening your hips and spine, building better endurance. It also helps in de-stressing your whole system — you'll feel lighter and relaxed, yet energetic enough to perform better in bed. <strong>Directions:</strong> Stand on your knees, and slowly grip your heels with your hands pushing your hips forward, arching your back and dropping your head backwards. Breathe normally holding the posture for 10 to 30 seconds. Repeat 2-3 times.
Bharat Thakur