Entrepreneur, philanthropist, rapper: 50 Cent is many things nowadays. Come May 18, however, he'll reprise a lesser-known role as a featured performer during the X Games in Barcelona.

The "Magic Stick" rapper has played 2011's Winter X Games, but this is his first time doing so at a summer games. He joins EDM starlet Zedd and NACH, one of Spain's favorite rappers, as headliners of X Games Music, a concert series that features a bevy of local and international artists. The headlining performances will be streamed live at XGames.com.

"I've experienced Barcelona before, so I'm anticipating a good performance out there," 50 Cent told HuffPost Entertainment. "I don't know how to explain it, other than that their appreciation for our music culture is extremely intense. They can still find the separation between who is a celebrity and who's a star. In America, a reality star can command as much as an actual musician, if their publicist is great."

Choosing 50 Cent seems to be somewhat of an inspired choice for the Games. When discussing the lives of professional athletes, the rapper couldn't help but draw parallels to his own craft. "My office is on 40th Street between 7th and 8th Avenues, right? The other day I was riding and I saw a dude on a skateboard, just going back and forth, jumping on a rail on the side of the street. He found something to challenge himself with. All day -- because I had two or three meetings and different periods, and when I came back, he was still doing it," 50 marveled.

"The passion for those things are different, and I understand now why [these athletes] reject people that aren't a part of their culture and are pretending to be," he added. "They have an attachment to music because of how long they're out there practicing."

If toiling away at a specific talent sounds like it could be a nice description of what it's like to come up as a hip-hop artist, that's because it's pretty similar. "Hip-hop culture is exactly the same," 50 continued. "And that's why the marriage between professional athletes and hip-hop works. They develop a passion for music because it takes away how long or how much conditioning is involved."

50 -- who is himself famously muscled and an avid boxing fan -- said he enjoys taking in some of the X Games competitions as well, particularly the motocross events. "But urban cultures embrace those vehicles in a different way," he said. "We'll ride those off-road vehicles on the street. That's bike culture. It's different because they don't have those huge off-road areas where they would be able to ride."

The 2014 Summer X Games run May 16 to May 19 in Barcelona. For more information on the 17 gold medals that are up for grabs and how Picasso's art informs the competition, head over to the Games' website. For a lengthy and explanatory piece on Zedd, read our earlier coverage. 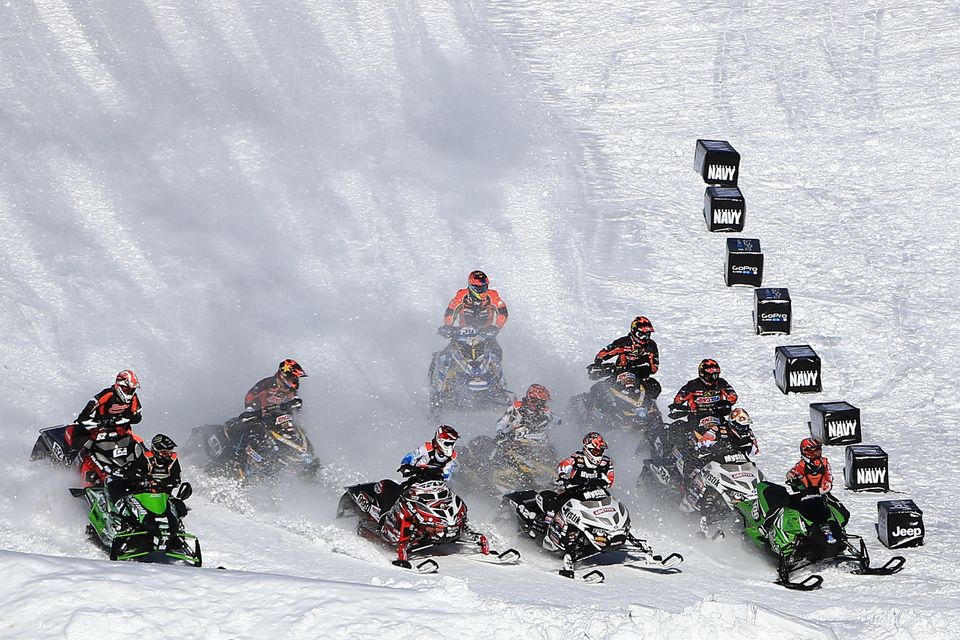