Bill Gatewood and Rick Taylor only needed one minister to marry them at their longtime place of worship, Arch Street United Methodist Church.

Instead, they got fifty. 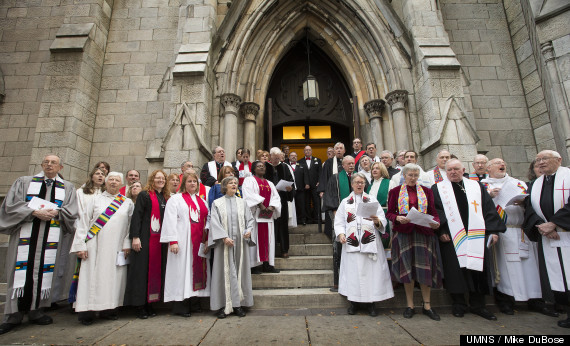 Risking the loss of their credentials, the ministers came to show their support of same-sex marriage, an issue currently being hotly debated in the Methodist Church, as well as to show solidarity with an embattled colleague who has been personally affected. Rev. Frank Schaefer of Lebanon, PA, will stand trial on Nov. 18 in front of the church because he officiated his son's same-sex wedding, which is currently against church law. 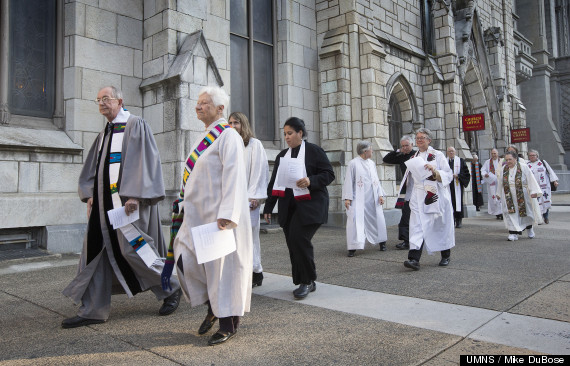 At Gatewood and Taylor's wedding, the Methodist clergy members along with other clergy from other denomination filled the front of the church after vows were exchanged. Resting their hands on each other and the couple, they said in unison, "Those whom God has joined together, let no one put asunder," according to Philly.com. 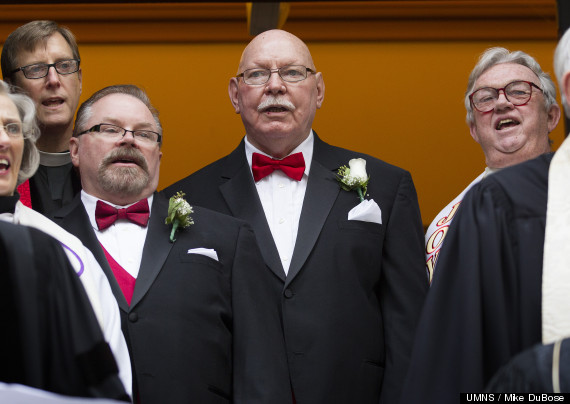 This isn't the first instance of the United Methodist Church has faced the defiance of its clergy members on the issue of gay marriage. In addition to Rev. Shaefer, Rev. Steve Heiss, Rev. Gordon Hutchings, and Rev. Sara Thompson have all faced complaints about their stance on same-sex marriage or their personal sexual orientations.

Though same-sex marriage has not yet been legalized in Pennsylvania, it was important for Gatewood and Taylor to get married at their church, an accepting place that they've been going to for many years. They talked about how blessed they felt to have it as an anchor for times of trouble in their lives, such as when the AIDS epidemic hit their community.

Ministers at Arch Street consoled them, added the names of sick friends to prayer lists, and later organizing funerals. In response to friends that wondered why they didn't get married in New York or Delaware, where gay marriage is legal, Taylor said, "We live in Pennsylvania and our church home is here and it means the world to us." 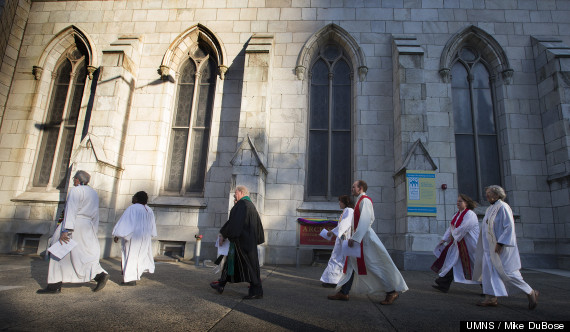 Rev. Robin Hynicka, pastor at Arch Street, declared, "Your church, your pastor, those pastors who have gathered here today, clergy not only who are United Methodists but other faiths as well, say you are not only accepted but you are acceptable in the sight of God," as almost 400 people cheered in celebration.

"I've been wanting to do this all my life," Gatewood said. "In church."