Until a few years ago, the name of London-based ceramic sculptor Edmund de Waal would not have rung a loud bell. But since his book, The Hare with Amber Eyes, published in 2010, turned out to be an international bestseller, Edmund de Waal became a household name. Now, with his new exhibition, "ten thousand things" at Gagosian Gallery in Beverly Hills, he proves himself to be a fascinating artist as well, working obsessively with porcelain. 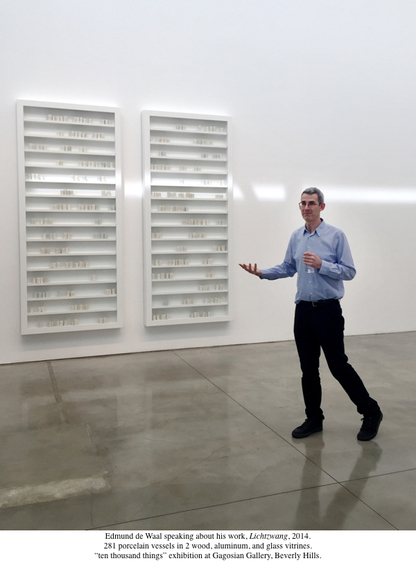 Hundreds of his small porcelain pots are meticulously arranged in vitrines with a very particular syncopated rhythm. The ever-changing space between them is as important in his work as the moments of silence between the words of a poem. Last week, de Waal delivered a talk to a jam-packed audience at The Getty Center. He talked about his obsession with porcelain, which led to his latest book, The White Road: Journey into an Obsession (2015). This is the story of his "...encounters with many people and places that help deepen his understanding of the nature of the material." 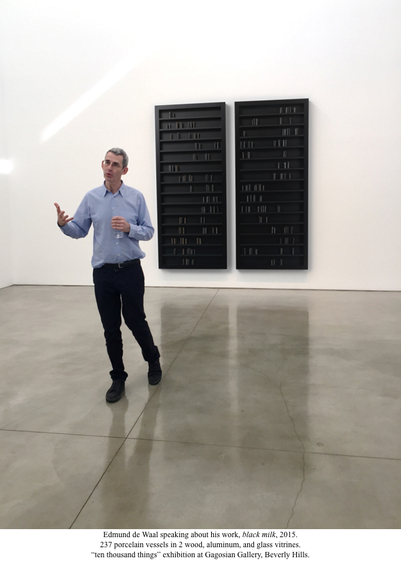 The exhibition is dominated by two colors, which I would describe as 50 shades of black, and 50 shades of white. Trust me, not until you see his 2 major wall-mounted pairs of vitrines, with a few hundred small pots in each, would you ever imagine that black and white can have so many shades. In his talk at The Getty, and the next day during the private walk-through of his exhibition at Gagosian Gallery, de Waal proved to be a very eloquent storyteller, all the while retaining a charming humility. He spoke slowly, with pregnant pauses that echoed the negative space so essential to his sculptural installations. 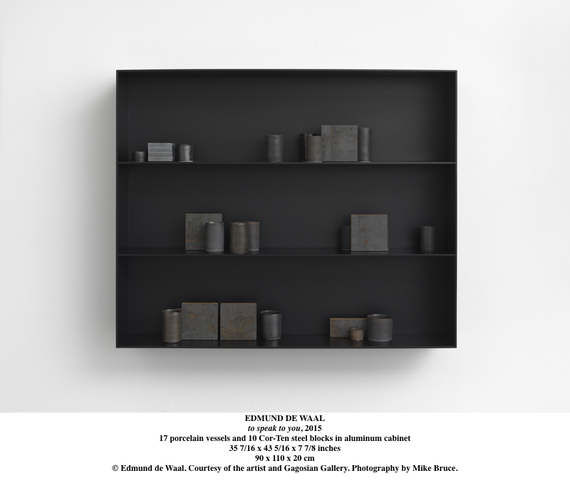 Among the major influences for de Waal and his art, he mentions the poetry of Paul Celan, and the music of John Cage. You might remember sitting in a concert hall listening in awe to John Cage's famous musical piece, consisting of 4 minutes and 33 seconds of silence. And indeed, with all these musical references, it's impossible to look at de Waal's installations without thinking about old sheet music, with handwritten notes scattered rhythmically throughout the page. 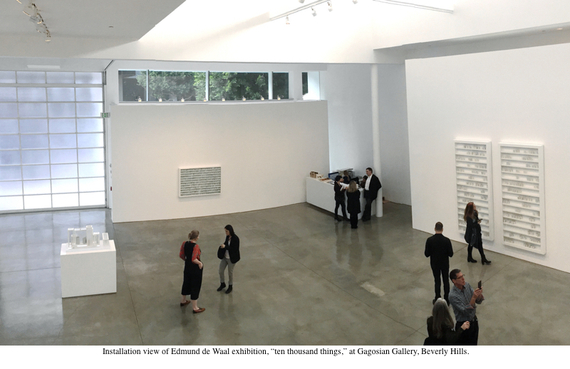 Another source of inspiration for de Waal --while working on this exhibition --was the architecture of the Schindler House on Kings Road here in Los Angeles. "It was here that, according to de Waal, Cage 'began to clear his mind.'" And indeed, if you've ever visited the Schindler House, you'll agree that it's the most humble as well as the most sophisticated architectural masterpiece. 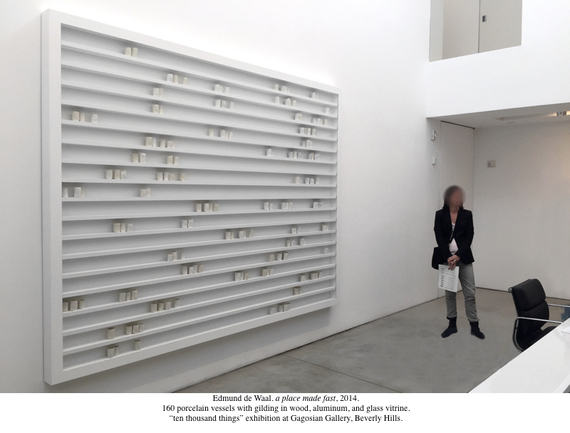 For the last several days, I was wracking my brain trying to think about any other artist of distinction who exceled in more than one medium. At last, a dear friend of mine reminded me that Paul Gauguin wrote Noa Noa, his famous travelogue of his time and life in Tahiti. And Jean Cocteau exceled not only as an artist, but as a poet and filmmaker as well. Wow. How about that? But still the question is, were any of them as good a storyteller as de Waal proved to be? 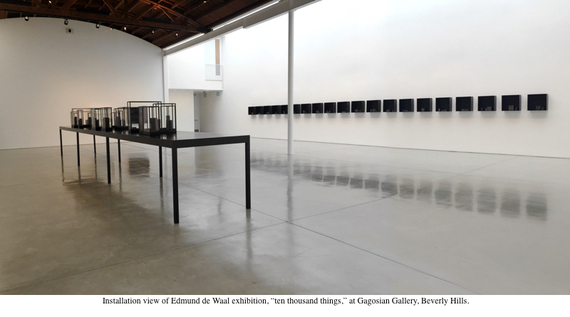 There are two events this coming weekend where I will talk about the contemporary art scene in LA. On Saturday the 23rd at 5pm, I will be talking downtown at Photo LA with esteemed photographer Jim McHugh. And on Sunday the 24th, there will be a panel discussion at El Segundo Museum of Art at 3pm, where I will speak with two well-known LA artists, Rachel Lachowicz and Alison Saar.