Unlike most teenagers, I'm not too psyched about the release of the Fifty Shades of Grey movie. Upon its literary release, the book sold over one hundred million copies, and gained a fandom seemingly overnight. This soon developed into a Fifty Shades of Grey trivia game, two other books to the series and a board game. With such commercial success, the plot to turn it into a movie was seemingly inevitable.

However, such 'progress' is often masked for what it truly is.

Materialization. Sexualization. Glamorization. An empty promise for love, and a dangerous relationship that ensues.

The story follows Anastasia Steele, an ambitious literature student who, on an editorial assignment, sought to interview entrepreneur Christian Grey. As they get closer, it seems like Ana couldn't resist being with Christian, and neither could he -- on his own terms. The story then consists of both of their dark desires, his compulsive control over her and their haunting demons.

Such evident glamorization of a clearly harmful relationship is more than a story, for many, it's a daily reality. According to statistics from Safe Horizon, one in four women will experience domestic violence during her lifetime. Domestic violence is characterized by a pattern of behavior intended to control someone through fear or violence, and Christian Grey's steamy romance seems to do just that. Yet, after reading the book, people begin to romanticize their own idea of Christian Grey.

Ladies and gents, it's time for us to realize the dangers of what we read. Words have the surreal ability to change the world, but when they're used in the wrong manner, the result can be lethal. The story isn't a romance story where the guy gets the girl, world peace is achieved and everyone's problems end as "Beautiful Day" by U2 plays in the background. The story is one of fear, control, misogyny and abuse, one where ambition is ridiculed and submissiveness is encouraged.

First of all, let's begin by abolishing the belief that girls should stay in a toxic relationship in hopes of gaining approval. Nobody, regardless of gender, deserves to remain fixated in misery because of their lover's demands. Why couldn't the story be about an enthusiastic journalist who meets an entrepreneur, they fall in love and use their individual skills to better the world around them? It's time for media to stop condemning a woman's desire to be ambitious and achieve new heights in her career. If we want to be a 1950s housewife, great! If we envision ourselves as the next president, awesome! The end result: the choice to achieve whatever we want in life, while looking hella good in heels.

Next, let's discuss how trivialized sex becomes in the book. I don't know much about love, but I do believe that love is meant to be special. I might have unconventional beliefs, but I firmly believe that nobody should have to live in fear because of the need to impress someone they love. What we watch affects more than what's seen on the page -- our brain shapes the words into our hearts, creating dangerous and unrealistic expectations of what love should look like. Maybe I'm the only one, but I want my future love to be more than a series of steamy nights -- I want adventure, selflessness and passion.

Lastly, let's think about the people benefiting from the economic impact of the 50 Shades of Grey merchandising. We're buying into their sexist lies, and it's them who benefit. People are making money off what it truly is: pornography, yet, paradoxically, we make promises to end human trafficking, domestic violence and rape. Our attitudes begin with what we allow ourselves to be politically socialized by, and our desire to change the world begins with our desire to change ourselves.

I will not let companies impact my view of love, marriage and the life beyond. Instead, I'd much rather watch reruns of Friends. And you know what? I wouldn't have it any other way.

PHOTO GALLERY
'Fifty Shades Of Grey': Where Do You Know The Cast From?
Download
Calling all HuffPost superfans!
Sign up for membership to become a founding member and help shape HuffPost's next chapter
Join HuffPost 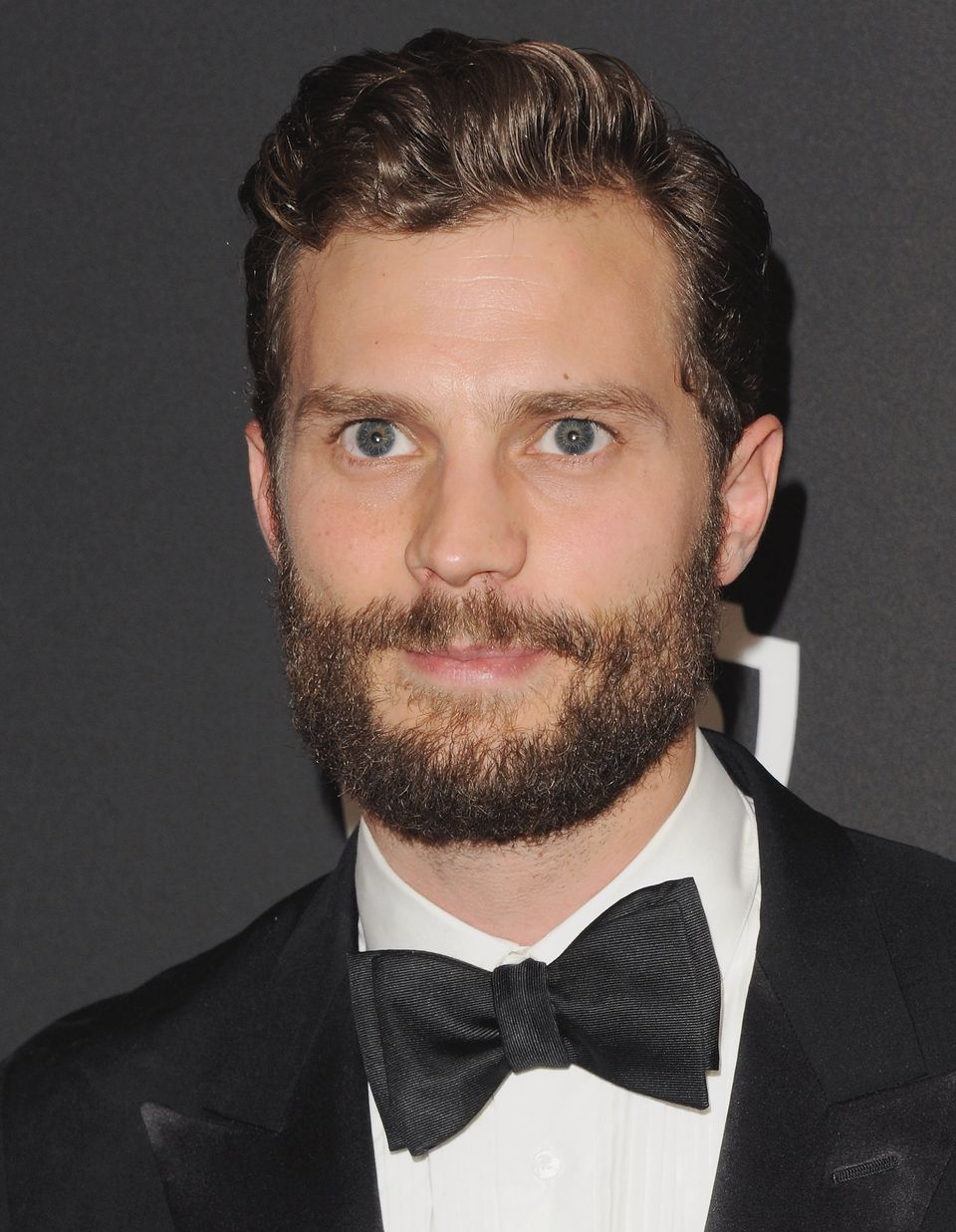 1 / 10
Jamie Dornan (Christian Grey)
Let's start with the obvious, shall we? Leading man Jamie Dornan is probably best known for his role in 'The Fall', but you might recognise him from the film 'Marie Antoinette' or the TV series 'Once Upon A Time', where he played The Huntsman. That said, you just might have seen his <em>impressive </em>Calvin Klein underwear ad campaign a few years ago too...
Jon Kopaloff via Getty Images