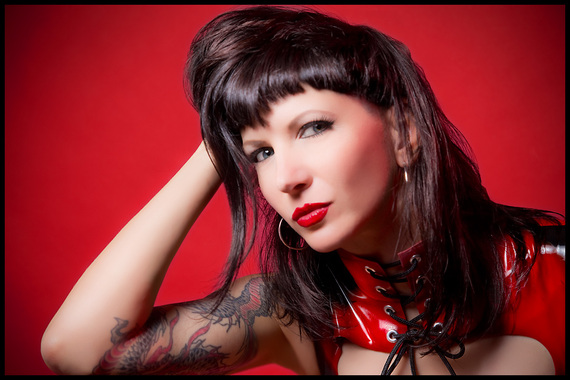 Okay, I saw it. For you, gentle readers, I was tortured for two hours of my precious time and went to see Fifty Shades of Grey, the film. All I can say is I was more disappointed than anticipated... and we all know I had very low expectations.

When stripped of the laughable prose of the book, the messed up relationship between Ana and Christian really comes to the fore of Fifty Shades, the film, and it's not pretty. All I saw in Christian Grey was a mentally ill, singular character, who enjoys torturing women and who preys upon a naive, impressionable girl. This is another representation of male dominance over women that perpetuates sexist ideas that sex is something that men do to women, never exploring the woman's pleasure or fantasies. Why not just say what the movie is really about, a sadistic sociopath who hates women and leave BDSM out of it? Christian claims he's "like this" because he's "fifty shades of fucked up." Well, that goes double for this film.

Jamie Dornan plays a convincing serial killer on the television show The Fall and I guess that's why he was cast as Grey. He does do creepy stalker very well. Poor Dakota Johnson tries her best, but will most likely have to have bottom lip replacement surgery after playing Ana. Sam Taylor-Johnson does a good job of polishing a turd into a shinier turd. On a positive note, I liked the soundtrack.

Fifty Shades, the film, grossed over $85 million in its first weekend. That is proof positive that people are looking for some kinky fun in their lives and kink is out of the shadows and into mainstream conversation. Let's keep that conversation going in a more healthy, intelligent, and truly kinky way.