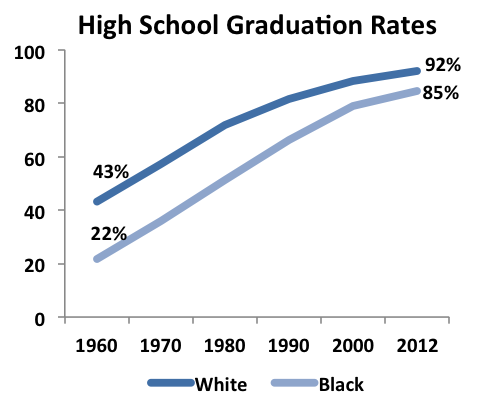 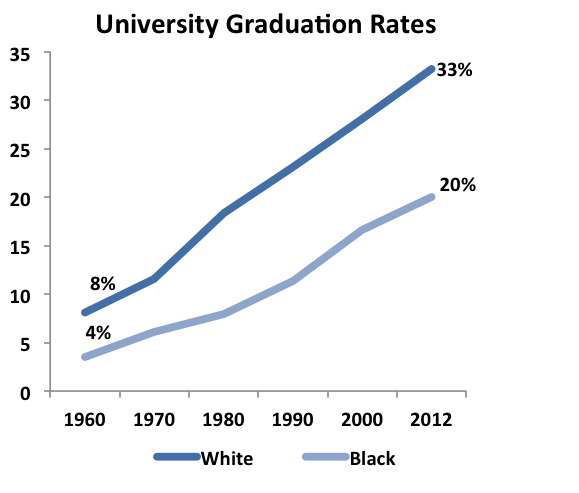 Also, regardless of educational attainment, according to the IES, African Americans earn less than whites and are more likely to be unemployed.

So while education is integral to strengthening African Americans' economic position. We still have much progress to make as education alone cannot bridge racial economic inequality.

This blog is the second entry in the series "50 Years after the March on Washington." To see the first blog on income and wages click here. Stay tuned for next post in the series, which will discuss the racial wealth divide in the United States.

Isabella Bronstein contributed to this series.