On July 17, 1961, the Beatles—John Lennon, Paul McCartney, George Harrison, and Pete Best—played a lunchtime set at Liverpool’s Cavern Club before performing an evening gig at Litherland Town Hall. By this point in their story, any dreams of making it big had all but vanished.

Lennon and McCartney, in particular, had grown increasingly despondent about the Beatles’ chances of making it in the business. It was, indeed, a far cry from their earlier, halcyon days, as John remembered them in his own words, when “I would yell out, ‘Where are we going, fellows?’ They would say, ‘To the top, Johnny,’ in pseudo-American voices. And I would say, ‘Where is that, fellows?’ And they would say, ‘To the toppermost of the poppermost!’” But those days were long gone. By this point, the band mates had to be wondering about the “real” jobs that would, sooner or later, come calling.

But as history well knows, a growing cascade of events would begin to coalesce in November of that year, when Brian Epstein, their future manager, took in one of their Cavern performances and saw his life’s work unfold before him on that dank basement’s tiny stage. By the following June, Brian had parlayed their emergent good fortune into a penny-per-record contract with EMI’s Parlophone label, led by A&R man George Martin.

During this period, big changes in the group’s calculus were in the offing. By August, Best had been ejected from the band’s fold after Martin had taken issue with his drumming prowess, or lack thereof, during the band’s June 1962 session at Abbey Road. Enter Ringo Starr, and quite suddenly the Beatles’ braintrust was in place. With Epstein handling their business affairs and Martin acting as their musical director, John, Paul, George, and Ringo were poised to take Great Britain, and later the world, by a very well-choreographed storm.

In The Geography of Genius, Eric Weiner contends that game-changing artistic fusions like the Beatles often emerge in precise, historically favorable moments that nurture their inherent talents. With the Beatles, a host of factors involving an advantageous nexus of time and place come into play. For Epstein, Martin, and the band, the “geography of genius” was the postwar British record industry, supercharged by the transistor radio and ready and waiting for the next big thing. But the “genius cluster” that brought them into being was, quite arguably, the collaborative efforts of the band, their manager, and their producer.

As it turned out, musical talent and industry know-how were not necessarily their greatest assets, as one might reasonably surmise. No, their most significant advantage—possibly even their secret weapon—was their collective outsider status. Hailing from Liverpool, the Beatles themselves were de facto outsiders in a class-conscious nation dominated by the cultural capital of London. But Epstein and Martin were also outsiders of a sort in their own right, with the former finding his mettle in his family’s North Country record shop and the latter toiling away for more than a dozen years at tiny Parlophone, EMI’s downtrodden “third label.”

As Weiner pointed out during an NPR interview, “Someone who is fully invested in the status quo is not going to be a genius.” Simply put, “They’re not going to rock the boat.” By Weiner’s definition, a genius is “almost always an outsider. But I want to say they’re not fully outsiders. They’re what I call insider-outsiders.”

In a sense, the Beatles were insider-outsiders themselves. In Weiner’s way of thinking, insider-outsiders possess the requisite skills to compete, yet rarely find acceptance within the mainstream; hence, they have little interest in preserving the industrial status quo.

In their own ways, Epstein and Martin afforded the Beatles with the signal ingredient in their future success when they were able to glimpse the band mates’ peculiar form of genius that had, for the most part, gone unrecognized. For Brian, that ingredient was the “star quality” that he observed during that first lunchtime concert by the band back in November 1961. As he later wrote, “I thought their sound was something that an awful lot of people would like. They were fresh and they were honest and they had what I thought was a sort of presence, and—this is a terrible, vague term—‘star quality.’ Whatever that is, they had it—or I sensed that they had it.”

Martin experienced a similar reaction after meeting the group at Abbey Road in June 1962. He had approached the entire experience with a sense of reluctance, only to be pleasantly surprised after his first meeting with the Liverpudlians. But as it turned out, it wasn’t their beat band talent that had bowled him over. As Martin later remarked, “It wasn’t their music, it was their charisma, the fact that when I was with them they gave me a sense of well-being, of being happy. The music was almost incidental. I thought, ‘If they have this effect on me, they are going to have that effect on their audiences.’” In short, he was absolutely charmed by them, by their personalities far more than their music at this stage. As George later recalled, “You actually felt diminished when they left.”

The striking similarities inherent in both Epstein and Martin’s reactions to the band are vital to understanding the Beatles’ emergent genius, as well as the manager and producer’s own roles in preparing them for mass consumption on the world stage. By the time that Beatlemania had left its imprint on the world, branding the Beatles as geniuses would become the norm.

But back in those heady, pre-fame days, Epstein and Martin arrived at a likeminded conclusion about the band’s seemingly limitless potential—even when the rest of the industry wouldn’t so much as turn a blind eye in their direction. By joining forces with the band mates, Epstein and Martin essentially established a kind of “genius cluster” of hardworking outsiders who, individually and collectively, could have cared less about preserving the status quo of an industry that had, at various times, refused to accept them.

Decades later, thinkers about culture and creativity like Weiner easily brand the Beatles’ musical fusion as the product of a kind of genius. But in Weiner’s estimation, genius such as theirs isn’t necessarily born or made. “Genius is grown,” he points out. Weiner’s definition of genius also accounts for the key role of consensus in its emergence. “A genius is someone we all agree on is a genius,” he adds. “It’s a social verdict.”

While the Beatles’ aspects of genius may have been latent in the early 1960s, in many ways their recognition by Epstein and Martin—and for reasons beyond their musical talent—was the making of them. It was the product of a kind of genius, by Weiner’s definition, in and of itself.

Ken Womack is an internationally renowned Beatles authority regarding the band’s enduring artistic influence. His next book, Maximum Volume: The Life of Beatles Producer George Martin (The Early Years: 1926-1966), is forthcoming in 2017. His previous Beatles-related books include Long and Winding Roads: The Evolving Artistry of the Beatles and The Beatles Encyclopedia: Everything Fab Four. You can learn more about Ken’s work at kennethwomack.com.

50 Years Of Beatles: The Fab Four And The 'Genius Cluster'
Beatles Baby Products 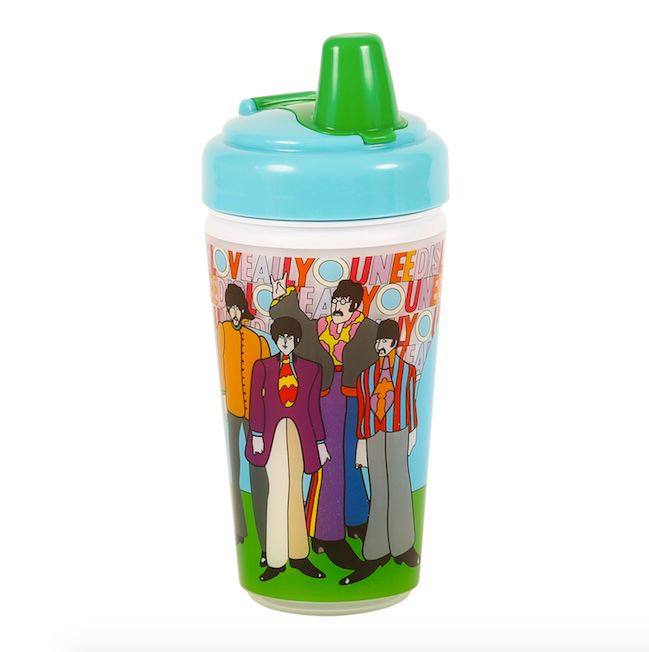