August 18 marked 500 days remaining until the target date for the Millennium Development Goals (MDGs). They have been, and continue to be, a symbol of our common humanity and a statement of the world's commitment to eradicating extreme poverty and hunger, combating disease, achieving gender equality and environmental sustainability, and extending hope and opportunity to billions across the world. USAID is a major partner to the global movement to meet the MDGs, and is committed to aggressive efforts to accelerate their achievement wherever possible by 2015.

In the last 20 years, 100 million children's lives have been saved. USAID's significant investments and work with partners and country governments are key contributors to these achievements and progress toward the MDGs. Seven countries have already reduced their child mortality rates by two thirds and achieved MDG 4. Programs in immunization, Vitamin A, and oral rehydration therapy helped Bangladesh, a USAID priority country, reduce the under-5 mortality rate 72 percent between 1990 and 2012. MDG 5a calls to reduce maternal mortality by three quarters from 1990 to 2015. In Zambia, the USAID led Saving Mothers, Giving Life partnership saw incredible possibilities and achieved a 35 percent reduction in maternal mortality in target facilities in a single year. Looking at MDG 5b - universal access to reproductive health - we've also seen significant advances in some of our priority countries. Take Rwanda, where the number of married women using modern contraception has quadrupled since 2005 from 10 percent to 45 percent. 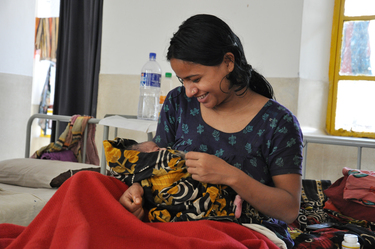 This progress is remarkable and worth celebrating. Yet it is only a taste of what we can accomplish, and with less than 500 days until the deadline, we have a lot of work ahead of us. We would need to save 158,000 women and 2.2 million children to achieve global targets for MDGs 4 and 5.

USAID is working in support of Every Woman Every Child to end preventable child and maternal deaths by 2035. We have sought to accelerate progress toward the MDGs through this work. Thus, even as we lay the foundation for a future development agenda, we continue to focus on achieving or even exceeding the current goals.

As part of this effort, we have prioritized our work in 24 countries where we can realize the greatest impact. Sixteen of our partner countries have launched sharpened national strategies, set national targets, and developed scorecards to track progress. They have identified those areas where the highest rates of child and maternal deaths occur, and are reducing those rates. In the last two years alone, 24 priority countries -have achieved an eight percent reduction in under-five mortality, saving 500,000 lives.

In June, we released a, Acting on the Call: Ending Preventable Child and Maternal Deaths, to align all actors around country plans and maximize results. We are systematically refocusing resources on high-impact programs with proven track records to save the most lives.

We already know interventions that, when they reach the populations in need, can help save millions of lives every year. For example, we know that family planning enables women to space pregnancies at the healthiest intervals. Studies show that increasing access to voluntary family planning could prevent 1.6 million child deaths per year and save the lives of 104,000 mothers every year as well. Having planned, healthier children can reduce the economic burden on poor families and allow them to invest more in each child's care and schooling, helping to break the cycle of poverty. We know that vaccines can prevent more than one in every six child deaths. Finally, we know that neonatal deaths account for 44 percent of under-5 mortality, so we are all going to have to focus our attention on newborns to reach our goal. We're increasing our focus on newborns and look forward to momentous impact from the new Every Newborn Action Plan.

These interventions won't make a difference unless they get to those in need. That's why at USAID we are also focusing on all parts of our service delivery to ensure that commodities and programs are reaching those in need and that when they get to a rural health clinic in South Sudan or a slum in India, someone there, often a frontline health worker, has been trained to use them correctly. We are then following up and tracking the impact that this work is having because we can't improve our efforts or reach our goals unless we have a very clear vision of our accomplishments. We continue to work with country governments to support strong health systems that are country led and sustainable. Working health systems are vital to ensure widespread use of effective health services and are the backbone of a country's ability to care for its women and children.

With less than 500 days until the MDG target date, we must all work together to strengthen our efforts, track our progress, and keep a laser like focus on our goal. Now is the time to support country governments in their efforts to achieve the MDGs and beyond.