Member of the White Oak Ranch Hunting Club in Bertie County, N.C., had been gunning for a huge wild boar since first spotting it earlier this year. Last month, Conetoe hunter Jett Webb managed to bag the big pig during a night-hunting session Feb 28. It was evidently quite a haul.

"I told my buddy, I said, 'Corey, we've got to get a 4-wheeler in here or there's no way we're getting this pig out.' He obviously agreed," Webb told WITN.

Photos of the 8-foot, 500-pound boar have since become a media sensation. 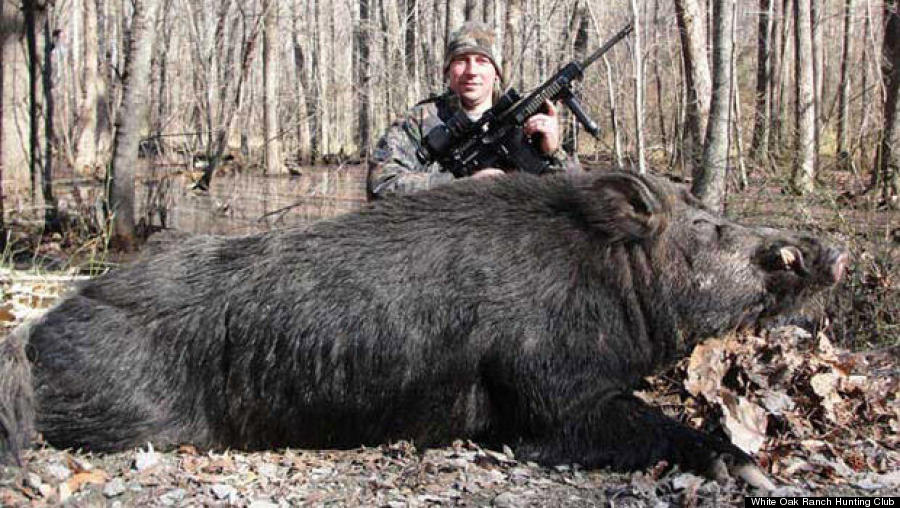 "It was very surreal," Webb told WNCT. "It was a shock. It was very humbling to say the least, when you walk up on a beast that big and you say, 'Oh my gosh.' I had no idea that there could be something that big running around the woods of Eastern North Carolina."

Webb, a veteran hunter, killed the huge hog with a single shot from his .308 caliber rifle. While some of his other big kills were mounted as trophies at the hunting club, this time, Webb chose to harvest the meat from the boar.

"We're not going to waste anything," Webb told WNCT. "So that pig will provide food for me and my family for a good year."

Mike Mansell, president of the White Oak Ranch Hunting Club, told CBS News that while boars this size we out of the ordinary, the wild pig population has been on the rise recently.

"They're a species that is invasive," Mansell said. "Once you have them, you're not going to get rid of them. They just continue to multiply."