An Open Letter to the Members of the Electoral College 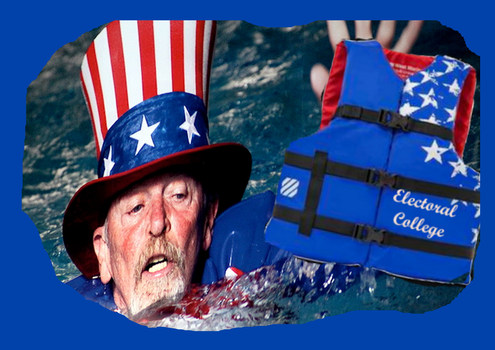 Surely all of you consider yourselves to be patriotic Americans. The time has come for you to act on that patriotism. You are the only people who can save our nation and the world from looming disaster. 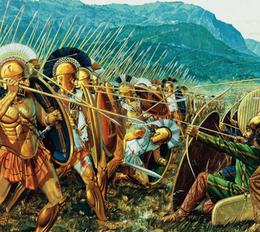 It is said that at Thermopylae in 480 BCE, 300 Spartans put themselves on the line to try to stop a Persian invasion. Two and half millennia later, you are the 538 Americans who stand between our nation and one of the gravest threats it has ever faced.

Most Americans seem to be accepting that ours is a nation imprisoned on Death Row with all appeals exhausted. That is not so. You--and you alone--have the power to grant the United States a reprieve. 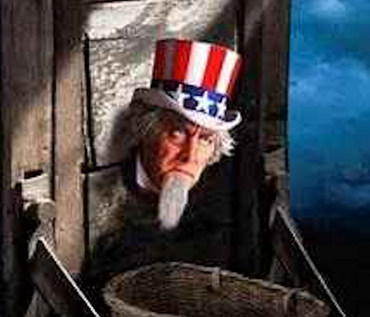 With each passing day, it becomes ever more undeniable that Donald J. Trump is totally unfit to be President of the United States. Those who hoped that his grossly offensive and immature conduct during the campaign was just an act that he would put behind him as president must by now understand that that will never happen. What we saw in terms of behavior during the campaign is "@realDonaldTrump." On the other hand, what we heard during the campaign in terms of promises to the voters who backed him was almost entirely lies.

The Not-Yet-President-Elect is a man who:

■ shows himself on a daily basis to be overwhelmed by the requirements of the presidency, that he has no idea of what he is doing or should be doing, and knows that he is not up to the job

■ has the attention span of a two-year-old

■ is an utter narcissist, schoolyard bully and name-caller

■ has viciously attacked virtually every category of people: women, ethnic and religious minorities, people with disabilities ...

■ lies almost every time he opens his mouth, including making up charges out of thin air, such as that "millions of people voted illegally" in the recent election

■ gets his "information" from fake news internet sites, tabloid papers, what "people are saying," tweets from teenagers ...

■ has white nationalists, neo-Nazis, anti-Semites, and Klansmen rejoicing over his "victory"

■ clearly plans to make large amounts of money off the presidency

■ is so insecure that he brags that everything about him is the biggest, best, smartest ...

■ was substantially assisted in the election by intervention from a hostile foreign power, Russia

■ is so thin-skinned that he sends out angry tweets at anyone who crosses him in the slightest way and will, unless you stop him, soon have the nuclear codes 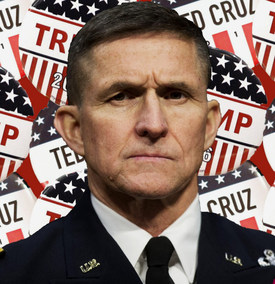 ■ has chosen Lt. Gen. Michael T. Flynn--a man who has spread many fake news stories and conspiracy theories, including a charge just before the election that Hillary Clinton was involved in "Sex Crimes w/Children," says of such fake news, "Citizen journalism is the new future for truth," plays entirely into the hands of Islamist radicals by saying the West is involved in "a world war" with Islam, and has close ties to Vladimir Putin--as National Security Advisor

Let those last two points sink in, Electors. They alone should be more than sufficient to convince you that the United States and the world face a real prospect for catastrophe if Mr. Trump becomes president. You are the only people who can stop that calamity from happening.

Look at yourself in a mirror. Each of you must seriously ask yourself: "Can I really see this person as President of the United States? Can I admit to myself the level of harm that he is likely to do to our beloved country? Do I have the courage and patriotism to stand up and try to save America?" 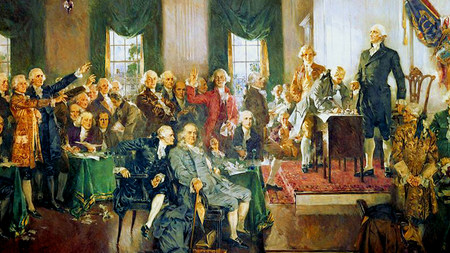 The Framers of the Constitution created the Electoral College as a life jacket to save the American Republic, not a straitjacket to drown it. You must not be deterred by the media's characterization of Electors who do not vote for the candidate who carried their state as "Faithless Electors." In fact, voting for someone other than a person who is unfit for office and was helped to his electoral vote lead by a foreign power, you would be completely faithful to the intent of the Founding Fathers (see Alexander Hamilton's Federalist No. 68); you would be "Faithful Electors."

Hamilton v. Trump is the case that can save America. You are the jurors.

You have three options other than letting an extraordinarily unqualified and dangerous man take the presidency:

■ Choose the person who won the election by a margin of approximately 2.5 million votes, an action that would be both democratic and in keeping with the intent of the Founders.

■ Agree prior to the December 19 convening of the Electoral College on a National Unity ticket that at least 270 of you would support.

■ Have a sufficient number of you agree to vote for a third candidate--someone who would be much more suitable to be President--to deny Mr. Trump a majority of the Electoral College and send the decision on to the House of Representatives in January, where a Compromise of 2017 creating a National Unity government could be worked out.

While the first of these options would be the simplest and most democratic, it is not likely that a majority of your membership, in which Republicans outnumber Democrats by 74, will vote to make Mrs. Clinton president.

It is the other two possibilities that offer you the potential to transform what otherwise may be the demise of America as we know it into a rebirth of the Republic by facilitating the creation of a National Unity government.

You have it within your power not only to save America from the disaster that a Trump Presidency would be highly likely to constitute, but also to deliver to the American people what an overwhelming majority of them so desire: a Washington that works, an end to the bitter partisan division that has marked the federal government since the 1990s.

Throughout the 2016 campaign, we heard Americans express extraordinary dissatisfaction with the nominees. It was often said that Donald Trump would have lost badly to any other opponent than Hillary Clinton--and vice versa. It was widely thought, for example, that Vice President Joe Biden would have crushed Mr. Trump and that Ohio Governor John Kasich would have easily defeated Mrs. Clinton. 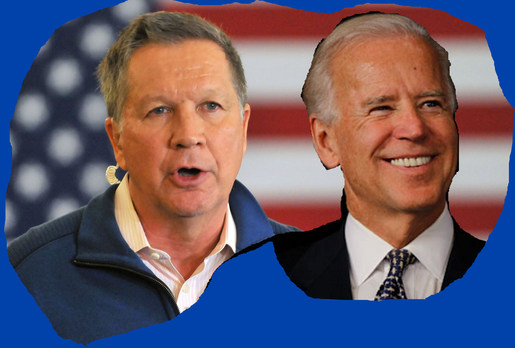 The Compromise of 2017 that you can facilitate could include a President of one party and a Vice President of the other, such as Biden-Kasich or Kasich-Biden, a pledge by both not to run in 2020, a division of Cabinet posts between the parties, and agreement on some key measures to restore trust in American government and politics.

The question you few Americans will decide on December 19 is nothing less than that Abraham Lincoln raised in his 1862 Message to Congress: whether we shall "nobly save or meanly lose the last best hope of earth." 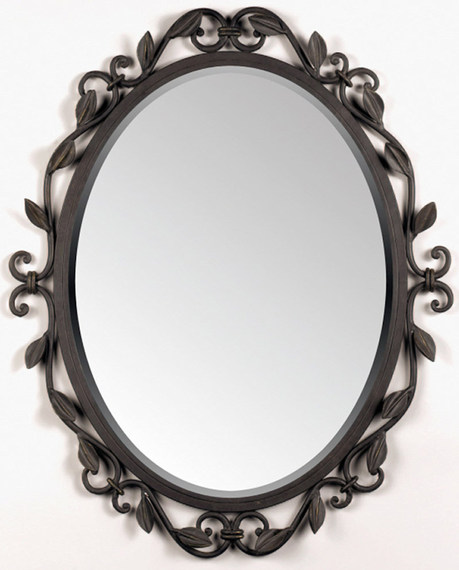 Go back to that mirror, Electors. Look in it and ask how you could live with yourselves as you see what Donald Trump does to the United States and the world, knowing that you had an opportunity to help prevent it, but failed to act.