When I was 15, I found myself in the Canada, as if teleported from another planet. Communist Hungary's Revolution in 1956 left the borders open for a sliver of time, and my parents were among those who took one inconspicuous suitcase in the middle of the night and escaped with their two children. My eight-year old brother, and moi.

Through a nearly miraculous event...lo and behold... I was "Discovered" with a capital D by 20th Century Fox Studios. They imported me, and a mere three days later I was costarring in their high profile comedy with James Stewart called "Mr. Hobbs takes a Vacation." Edith Head, the dressing room with the star on it, the now legendary make up and hair artists: Hollywood, another whole Galaxy, before I was even 17. 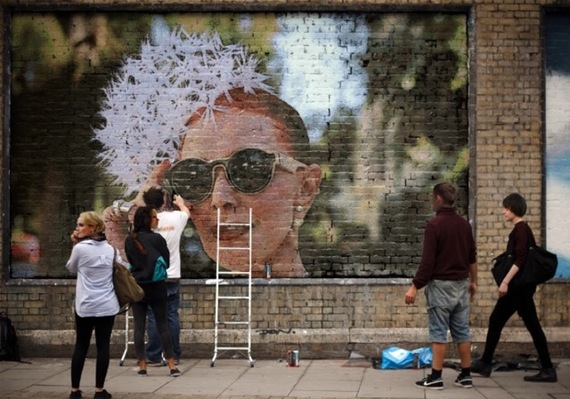 For immigration and other inconvenient reasons my movie career shrunk much too soon to a TV, and subsequently sizzled out in the famed frying pan, also known as a flash in the pan.

Never mind that though, I soon had a normal life, a wonderful husband, children and parents, and a busy life. Conventional comes to mind for the next 45 years, packed with joys and worries, as most families.

In 1995 however, an upheaval of titanic proportions occurred; whereby all that I knew had once again disappeared. I lost a child, husband and mother in that year, and this time I truly had no roadmap.

What was required of me was no less than reinventing my world in order to go on.

I was fortunate to be able to create an organization that carries my teenage son's name: the Andre Sobel River of Life Foundation (www.andreriveroflife.org) that helps single parents of terminally ill children. For the next 18 years I worked from a basement office or from my home in the mountains. I was invisible and wounded, but also healing through finding a most relevant purpose.

Than once again, in the fullness of time, an unexpected shift occurred. Burned out from 12 hour working days, I decided to take a sabbatical. When I returned after a three-month break, I knew for sure that an era had ended, and new one began. All I had to do was to look and listen to the still small voice in my head. Almost immediately a gift without a ribbon came; I started to channel art (valeriesobelart.com) As I got lost in the charm of assemblage, my dormant love of fashion also re-blossomed or I might say detonated. I started to go once again to places, renewed connections i.e. like my Academy (of Motion picture Arts and Sciences) affiliation, and started to appear in print because of my unrestrained take on fashion. 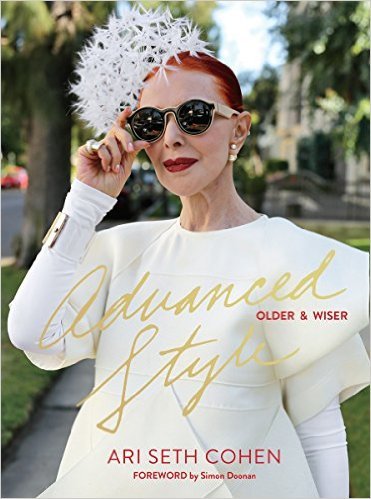 Being "discovered" in 1960 was followed after a hiatus of 55 years with being rediscovered in 2016.

Being on the cover of his new Advanced Style: Older and Wiser book makes me wonder, how is it possible that 75 looks like this? Ari does NOT use photoshop, he even frowns on a benign filter, so what you see is what it is.

How can my cautionary tale serve you?
It's not possible to sum up a life, but I can share some ideas that come with experience.

Health: The pillar that upholds it all. Be very sensible. Don't do irreversible harm with the wrong foods, sedentariness, smoking or daily liquor...and don't forget to breathe.
Fashion: Don't be sensible at all. Be creative, reinvent, dare. Mix inexpensive with vintage, and now and than an eccentric treat. Decide to be captivating and original. You think you can't? than you may be right, so change your mind.

Skin: there is a lot of help out there, but basically its about moisturizing and hydrating, protection from harmful rays, a good night cream, under-eye cream, and cleanser. Never have the morning find you with yesterday's make up on. No no.

Beauty; its not all in the eye of the beholder. It's in you...straighten your shoulders, hold your head up high and believe that you are special. Whatever it takes build confidence, until you can't imagine YOU without it. Don't be afraid of artifice. Use all there is. Oh yes, don't forget a whiff of parfum... 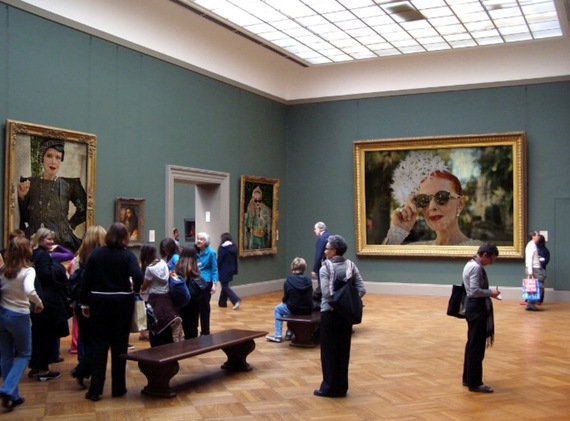