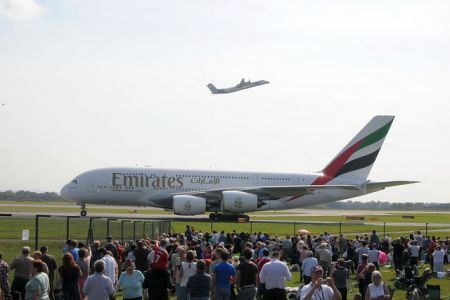 In my early days of collecting points and miles, there were many things I was clueless about. Since wising up, I've talked to countless travelers who made some of the same mistakes. Without knowing the basics of earning and redeeming travel rewards, you may end up paying much more out of pocket for your "free travel" than you originally anticipated. Here are some of the most common mistakes travel rewards newcomers make and how to avoid the same blunders.

See: How to Book Your Next Award Flight Like a Pro

Assuming all reward currencies are the same
One of the first questions rookies ask me is, "Which rewards currency should I collect?" The answer depends entirely on your travel goals. Yes, Alaska Airlines and United Airlines offer great rewards programs, but if you're hoping to travel to Hawaii from the West Coast, you're better off collecting British Airways Avios. On the other hand, if you want to take a trip to Australia, then you should be earning miles with Alaska or United. I've also heard people complain about costly fuel surcharges suddenly making their trips less affordable. Anticipating these expenses ahead of time and knowing how to get around them (mainly by redeeming a different currency or flying with a partner airline) can save you hundreds of dollars. Too many people focus on one currency, and when it's time to book, they realize they could have taken advantage of better redemption rates and availability had they chosen a different rewards program. Thus, it's important to determine where you want to go with your miles first, and then research which rewards programs get you the most bang for your buck.

Assuming all first-class products are always offered
If your dream is to fly in Emirates Airline's first-class suites (well-known in the travel sphere thanks to the suites' shower spas and flat-bed seats), be aware that not all of its planes are equipped with the same facilities. It's the A380 that has the covetable spa bathrooms and enclosed seats. Travelers often assume all first-class products are available across the fleet, and end up disappointed when they board the plane. If you've got a specific product you want to try, always do a bit of research to find out which plane and routes it's featured on.

Not shopping for the best credit card sign-up bonus
The best credit card offers aren't always publicly available, which is why it's important to shop around. Read your favorite travel hacking blogs for a list of the highest credit card bonuses or search the FlyerTalk forums for links to better offers.

As an example, for a long time, the highest publicly available sign-up bonus for the Citi/AAdvantage Platinum Select MasterCard was 30,000 miles after $1,000 was spent within 3 months. On a designated FlyerTalk page, there was an offer for the same card offering nearly twice the miles. The spending requirement was higher ($3,000), but most consumers can pull that off in three months by paying bills with the card. Always look for the best offer. After all, you're incurring a hit on your credit score with each application -- you may as well make the most of it.

See: Which Travel Rewards Program Should You Join?

Searching for award space in the wrong place
Knowing that airlines create elaborate frequent flier programs with detailed redemption guidelines, restrictions and earning options, it's not unreasonable to assume that airlines would also offer an easy way to redeem rewards. But unfortunately, they don't. If you're looking to redeem American Airlines AAdvantage miles for a trip to Dubai, United Arab Emirates, you won't find anything searching the AAdvantage website. Since British Airways is one of American's partners, you may come across a British Airways flight with more than $1,000 in fuel surcharges, but for the most part, your search will be unsuccessful.

Instead, you'll need to find out which of the airline's partners fly to the Middle East (Etihad Airways, British Airways, Gulf Air) and then search partner websites for availability. In some cases, there is no sufficient Web search tool and you'll have to call the airline to inquire about award space.

Misunderstanding routing rules
You can't have five stopovers on your trip to Europe -- at least not all on the same award. Routing rules are sometimes blatantly ignored by first-timers when they're making travel plans. But understanding these rules can save you a lot of heartache during the booking process. For instance, many travelers look for direct flights to long-haul destinations like Australia. What they don't realize is routing through another city or region (in Australia's case, through Asia), opens up more award space. Not only that, but you'll get more out of your miles by incorporating stopovers and open jaws ("returning" to a different city than the one you departed from) into your itinerary.

Booking too late
Generally, you should book award flights 330 days out, when the award calendar first opens up. This ensures ample award space and helps you avoid close-in booking fees, which are typically imposed on awards that are booked less than 21 days in advance. I've seen too many people pay hundreds of dollars in close-in fees while traveling with their families. While many are still pleased that miles made it possible to book flights at a fraction of the cost, they kick themselves for failing to avoid those extra fees.

See: Shop Your Way to Free Flights and Travel Perks

About the author: Ariana Arghandewal is a travel writer who enjoys helping others navigate the world of travel hacking though her blog, PointChaser. You can follow Ariana on Twitter or connect with her on Google+.