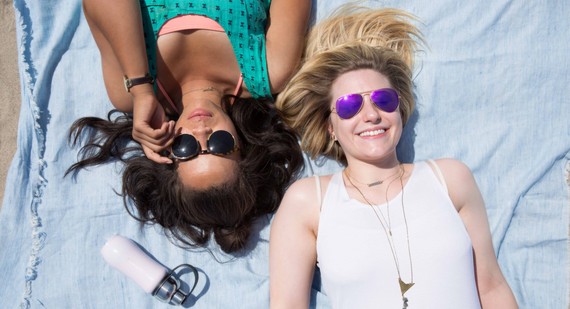 6 Dermatologist-Approved Ways to Soothe and Heal a Sunburn

San Diego, Calif., June 2010. Despite the gray skies, I'm lounging on the beach with three friends. We're determined to make the most out of a weekend trip -- gloomy weather or not.

Three hours later, my whole body had turned a shade that could best be described as "lobster." And my friends weren't doing much better. Desperate for any kind of relief, I followed my mom's suggestion -- an ice bath. Ouch.

While the polar plunge certainly didn't help in my case, my mom was on the right track, according to Wilmington, N.C.-based dermatologist Dr. Rosalyn George. George says cold compresses can help cool down a burn (see number 2).

So what can you do when fun in the sun turns into a disaster?

"I would love to tell you that there's some magic thing that makes you feel better, but it's all symptomatic relief," George says. She does have a few tricks up her sleeve -- these six tips might not reverse the damage overnight, but they can ease some of the pain. Hey, I'll take it!

"An ounce of prevention is worth a pound of cure -- so the most effective way of dealing with a sunburn is not getting one in the first place." -- Dr. Rosalyn George

What is perhaps the most well-known sunburn treatment really does work, according to George. Studies show that aloe vera gel has anti-inflammatory and healing properties that can help calm wounded or irritated skin. George recommends refrigerating the gel before applying for extra cooling action.

Soak a soft washcloth in cold water, then hold over the affected area for 10 or 15 minutes every hour. The cooling sensation will help take some of the sting away, though it won't do anything to make the burn heal faster.

3. Soak in an oatmeal bath

Google "sunburn remedies," and what comes up is a list of reportedly calming substances to add to your bathwater: milk, yogurt, apple cider vinegar, black tea -- you name it. The only one that really helps, George says, is an anti-inflammatory oatmeal bath. Spoon 1/3 cup of rolled oats into a cheesecloth or a coffee filter, and tie into a bundle. Drop it into a hot bath, then let the water cool until lukewarm before hopping in -- steamy water is the last thing you want touching your skin.

As your skin heals, the body sends extra fluid to the surface, which can dehydrate you. George encourages her patients to drink even more water than usual to combat this problem. Try carrying a big water bottle everywhere you go and keep sipping on it all day.

Good news: popping ibuprofen or another NSAID pain reliever will relieve some of the pain, make you feel better, and calm inflammation.

6. Moisturize and resist the urge to peel

Those big flakes of dry skin can be so itchy -- and oh-so-tempting to peel. Try to resist the urge, and if the itch is driving you nuts, George recommends picking up an over-the-counter hydrocortisone cream. Choose a soothing, unscented moisturizer to help skin heal.

The vast majority of the time, sunburns can be easily treated at home. If you do develop a fever, chills, or nausea, you might want to see a doctor -- those could be symptoms of heatstroke or heat poisoning.

A final reminder from George: wear sunscreen, and reapply often.

"Just be mindful of your body," she says. "A lot of people go out this time of year at the beach and realize they're getting burned and don't cover up or remove themselves from the situation. An ounce of prevention is worth a pound of cure -- so the most effective way of dealing with a sunburn is not getting one in the first place."