Unfortunately, there’s no quick fix when it comes to reducing arthritis pain, but recent research suggests that following a healthy, plant-based diet and adding in certain foods could help. “The goal of your diet should be to eat foods that have been shown to reduce inflammation, which can help manage symptoms like joint pain, swelling, and tenderness,” says registered dietitian nutritionist Kim Larson, spokesperson for the Academy of Nutrition & Dietetics.

It’s also important to stay at a healthy weight in order to reduce stress on joints, says Larson, and every pound counts. Research has shown that for each pound of body weight lost, there’s a 4-pound reduction in knee joint stress, so even modest weight loss can significantly lighten the load on your joints. Want to know exactly which foods should fill your plate? Read on to discover the six rules you should follow to help ease arthritis pain.

Several studies have demonstrated that omega-3 fish oils can reduce symptoms of arthritis. Omega-3 fatty acids decrease inflammation by suppressing the production of enzymes that erode cartilage. But the body doesn’t produce omega-3s, so you need to be diligent about making sure your diet contains them. Try eating fish at least twice a week—more if possible. Omega-3-rich fish include salmon (wild, fresh or canned), herring, mackerel (not king), sardines, anchovies, tuna, and rainbow trout. And if you don’t like fish, take a fish-oil supplement, rather than relying on the omega-3s in flaxseed and walnuts, says Larsen. “The omega-3s in flaxseed and walnuts are not the inflammation-lowering omega-3 fatty acids found in fish,” she explains.

2. Load up on fruits and vegetables.

Not only will a diet high in fruit and vegetables keep your weight in check—it will also provide you with lots of carotenoids and flavonoids, powerful antioxidants that reduce inflammation. The best-known carotenoid is beta carotene (found in foods like spinach, cantaloupe, sweet potatoes, pumpkin, carrots, kale and butternut squash), but another carotenoid, beta-cryptoxanthin, may also reduce the risk of developing inflammation-related disorders, including rheumatoid arthritis. Great foods for beta cryptoxanthin include corn, winter squash, apricots, pumpkin, persimmons, papaya, tangerines, red peppers, and oranges. Rich sources of flavonoids are blackberries, blueberries, raspberries, strawberries, cranberries and cherries. Aim for up to 10 servings of fruit and vegetables a day, suggests Larson.

Fatty meats, such as red and processed meat, are high in saturated fat, which may increase inflammation and cause arthritis pain to flare, says Larson. In a study published in the Journal of Nutrition, Health & Aging, researchers tracked the correlation between meat consumption and symptoms of degenerative arthritis and soft tissue disorders (problems with the tissue and structures surrounding joints) among the 96,000 participants of the Adventist Health Study. The 22.6 percent of participants who exhibited symptoms of arthritis and soft tissue disorders were much more likely to consume meat regularly (more than once per week) compared to the participants who did not. Researchers concluded that greater meat consumption is associated with an increased prevalence of degenerative arthritis and soft tissue problems in men and women.

It’s difficult to resist sweet treats like desserts, donuts, chocolate bars, and soda, but “sugar and other high-carbohydrate foods are associated with diabetes and have pro-inflammatory properties,” says Robert Koval, M.D., a rheumatologist at Texas Orthopedics in Austin who specializes in treating autoimmune and inflammatory disorders. The American Journal of Clinical Nutrition reported that processed sugars trigger the release of cytokines, which are proteins that stimulate the movement of cells towards sites of inflammation, infection, and trauma. These are normally increased in times of infection or stress and are a natural response, says Dr. Koval. However, increased levels of certain cytokines stimulated by diet (or something else such as a bad infection) can lead to abnormally high signaling, triggering a cascade of inflammation. So avoiding sugar, and simple carbohydrates that convert to sugar in the body, could translate into less joint pain.

“Red wine, common in Mediterranean diets, has been shown to lower inflammation and cardiovascular risk when used in moderation,” says Dr. Koval. A study published in 2014 in Nucleic Acids Research found resveratrol, a compound in red wine, stops the formation of inflammatory factors involved with cancer, cardiovascular and chronic inflammatory diseases. However, excessive drinking appears to increase the production of pro-inflammatory cytokines, according to University of North Carolina at Chapel Hill researchers. The bottom line? Drink red wine in moderation, which means no more than one drink per day for women and no more than two drinks per day for men, according to the Dietary Guidelines for Americans. And check with your doctor to make sure alcohol doesn’t interact with your arthritis medication.

“Turmeric and ginger have been associated with anti-inflammatory properties in various small studies, and several controlled trials are underway,” says Dr. Koval. The herbs, used for centuries for both cooking and medicinal purposes, are available in capsule form, or you can make a tea by brewing a piece of each herb in boiling water for 15 to 30 minutes. Remove the herbs and add honey or stevia to sweeten before drinking. One caveat? High doses of turmeric can act as a blood thinner, so avoid if you take prescription blood thinners, are about to have surgery, are pregnant or have gallbladder disease.

Remember, there’s no magic bullet when it comes to food and arthritis pain—but there is hope. “Caution should be made about drawing direct cause-and-effect relationships between diet and certain forms of arthritis and/or flares,” says Dr. Koval. “However, many of these suggested dietary changes at least provide the groundwork for a healthy lifestyle that may provide benefits well beyond arthritis concerns.”

Is Lunch Meat Bad For You? 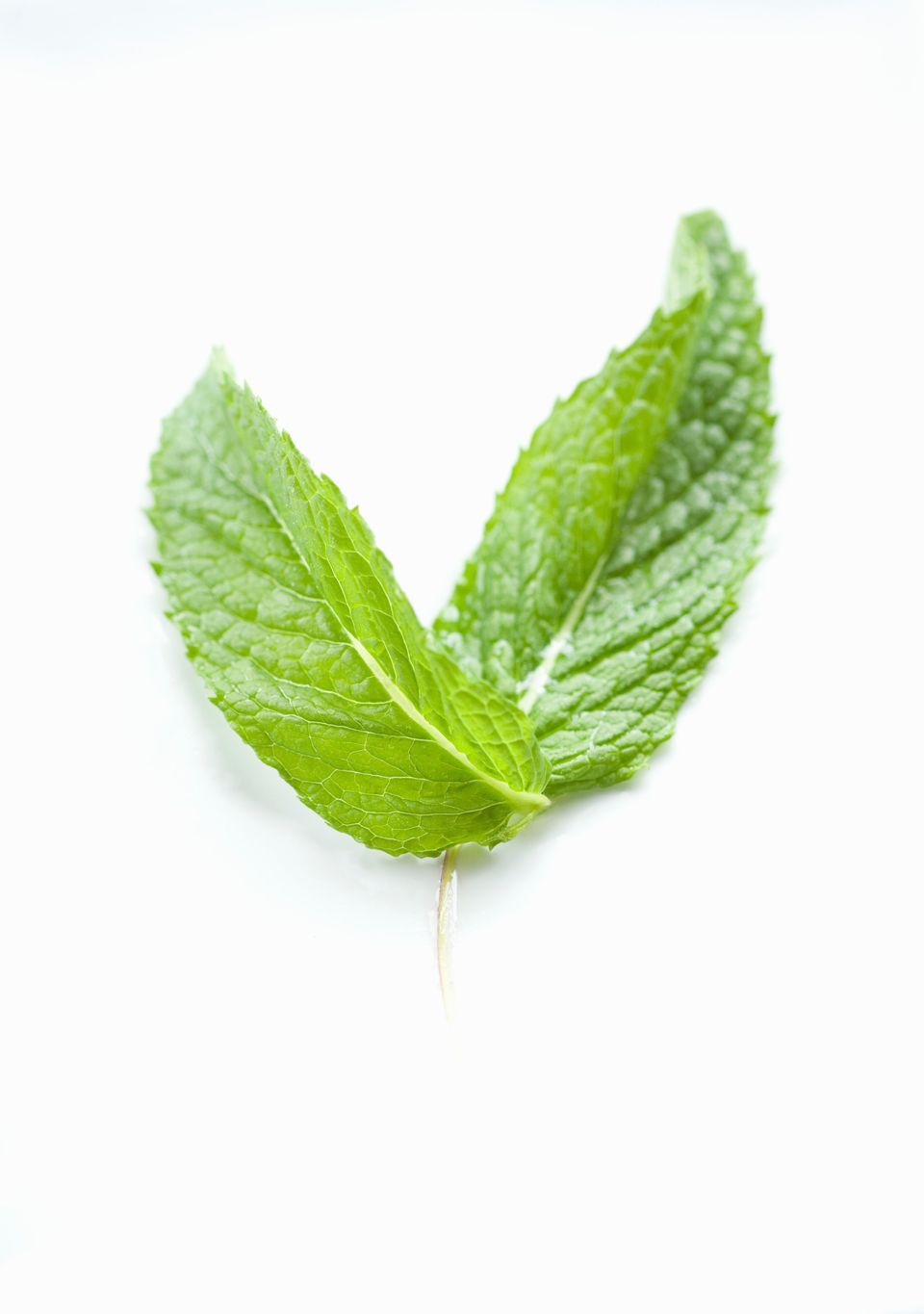 1 / 9
Mint
Sip some mint tea and it will relieve gas and decrease cramping, says Jacqueline Wolf, M.D., physician at Beth Israel Deaconess Medical Center in Boston, Associate Professor of Medicine at Harvard Medical School and author of<a href="http://www.amazon.com/gp/product/0373892659/ref=as_li_qf_sp_asin_il_tl?camp=1789&creative=9325&creativeASIN=0373892659&ie=UTF8&linkCode=as2&linkId=TA5765ZRT7X5PL55&tag=thehuffingtop-20" target="_blank"> <em>A Woman’s Guide To a Healthy Stomach.</em> </a>“However, mint also relaxes the high pressure zone between the esophagus and stomach and may give some people heartburn.” If you’re prone to heartburn, you might try chamomile tea or another soothing herb tea. Avoid sugarless mint gum because its artificial sugars may cause gas, bloating and burping, Wolf adds.
Kris Timken via Getty Images