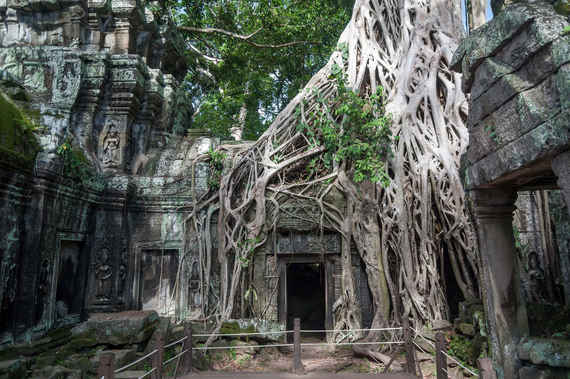 Ruins, despite what fedora-wearing archaeologists would have you believe, do not exist solely to be hacked and slashed so that you can acquire their sweet, sweet artifacts. They actually have a lot of historical and aesthetic value! And only rarely will you fight Nazis there.

The world is full of ancient sites that are honestly pretty awe-inspiring, and while a lot of them can be tough to get to for one reason or another, there are some that remain relatively accessible to a normal person who just wants to see some shrines, please. If you find yourself fiending for some truly old-fashioned adventure, seek out these spots. 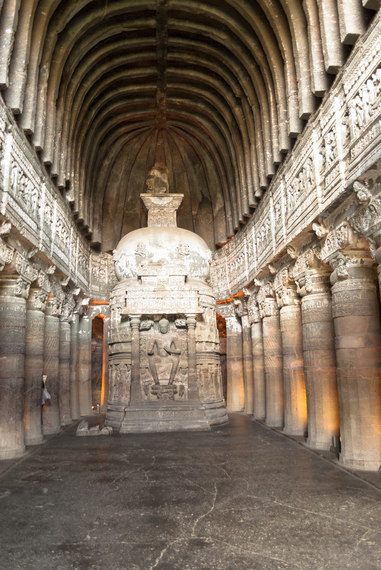 Ajanta Caves
Maharashtra, India
A prime example of rock-cut architecture, the Ajanta Caves in Maharashtra Province number around 30, and all of them are carved into the cliffside of a horseshoe-shaped valley. There are tons of examples of Buddhist sculpture and iconography in the caves, some of which date back to the second century BCE, and were most likely hand-chiseled by a bunch of monks over the course of several centuries, in order to teach others about the Buddhist tradition. Kinda puts your middle-school dioramas into perspective, huh? 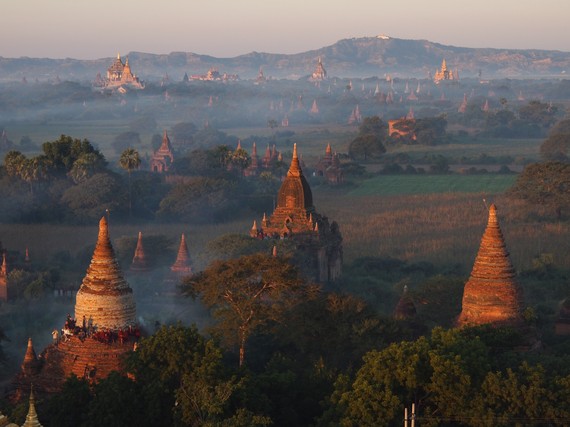 Bagan
Mandalay Region, Myanmar
Myanmar (aka Burma, depending on who you're consulting or if you're Sylvester Stallone) has been opening up to international travel a lot more in recent years, with Bagan as one of its largest draws. The former capital of an ancient empire has been transformed over hundreds of years into a lush valley filled with thousands of pagodas and Buddhist temples. Some of these spiritual monuments date back to the 11th century, and each was constructed in a different style, a detail you'll certainly appreciate as you fly over all of them in a hot-air balloon. Which you should. 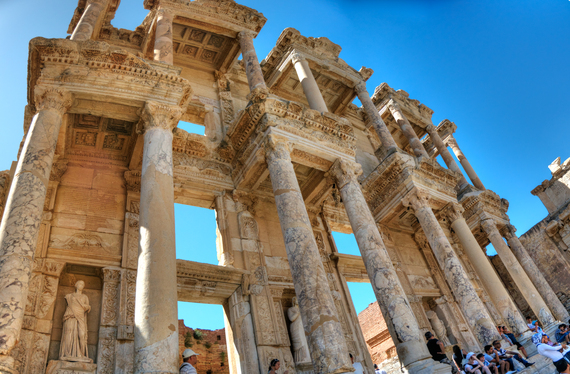 Ephesus
Izmir, Turkey
Probably one of the best-preserved ancient Greco-Roman cities, Ephesus has been around for a while. Like, probably since the 10th century BCE. Which means it's seen a lot of stuff: colonization by the Greeks, then takeover by the Romans, then the fall of the Roman Empire, and then centuries of neglect until it was "rediscovered" by European archaeologists in the 1800s. Now, it's perhaps most famous for its majestic Library of Celsus, and because of the possibility that the Gospel of John was written there (the book of the Bible, not that joke tome your uncle has in his bathroom). 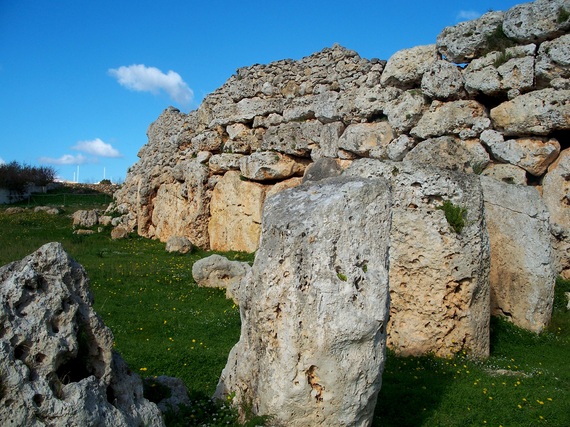 Ġgantija
Gozo, Malta
Malta's "Giants' Tower" is officially the world's second-oldest religious structure, so you know it's legit. That means it's older than the Pyramids of Giza in Egypt, but not quite as old as the idea that humans should be building stuff. It's believed that, as early as 3600 BCE, Gozitan folks would congregate here to practice their religion, and the structure is just as awe-inspiring now -- the area around it is quiet and secluded, and if you end up going, you'll likely be one of a metric handful of visitors. 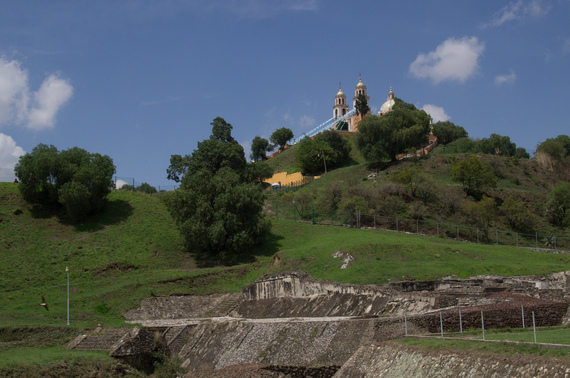 Great Pyramid of Cholula
Puebla, Mexico
You might not have heard of it, but the Great Pyramid of Cholula, or Tlachihualtepetl, is the world's largest pyramid. Which is pretty sad, because the only element of its name that's recognizable to some people is the part which is also a (delicious) hot sauce. Now, this enormous Aztec religious center is partially buried under a hill that's topped, quite ironically, with a Catholic church. The construction process, which is heavily detailed in walking tours of the site, was Mesoamerica's equivalent of Boston's Big Dig, taking about 12 centuries to complete. 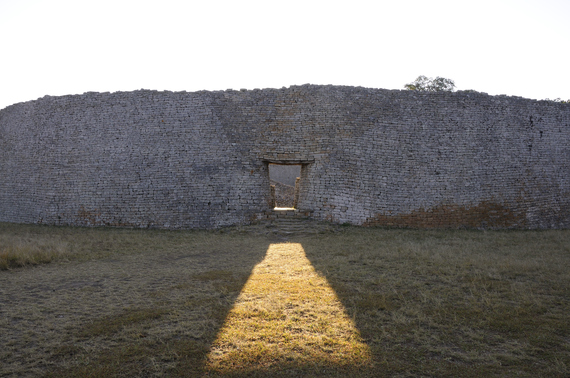 Great Zimbabwe
Masvingo, Zimbabwe
The area around this former capital of the Kingdom of Zimbabwe was settled around the 300s BCE, but it wasn't until around the year 1000 that the people there started constructing the giant stone structures that remain there to this day. The city is huge, at around 1,800 acres total, with some of the intricately bricked stone walls measuring in at 36ft tall, basically high enough that no pervy giraffes can see inside. There are guided tours to the city grounds, which are highly recommended, as the sheer scope of the settlement is pretty... great.

But wait! We've got 6 more easily accessible ruins for you to check out in the full story, only at Thrillist.com!

The World's Top 20 Cities, According to That Dude Who Visited Every Country

How To Prepare For A Stress-Free Vacation

Ruins, despite what fedora-wearing archaeologists would have you believe, do not exist solely to be hacked and slashed so that you can acquire their sweet, sweet artifacts. They actually have a lot of historical and aesthetic value!