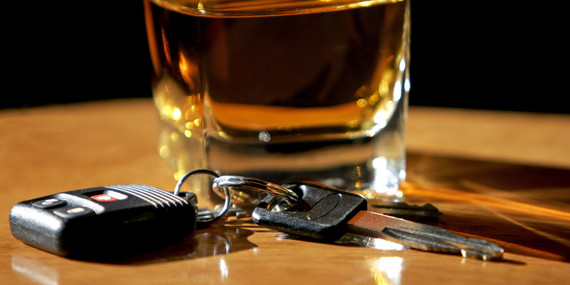 Our society has come a long way in the last 20 years, but impaired driving is still a serious problem. After a couple of drinks, you might still feel like you can drive. But before you get behind the wheel, it's important to consider the legal ramifications of driving while under the influence. Even a single occurrence can cost you a pile of money, and endanger innocent road users. Before you consider getting behind the wheel after consuming alcohol or drugs, consider the legal and financial impact of your decisions.

Impaired driving is a criminal offence in Canada. If you are charged, you will have to go to court and you will lose your driver's license for 90 days - automatically! A conviction will bring about even harsher penalties. Although, you may choose to represent yourself in court, you're much better off hiring a criminal lawyer that specializes in impaired driving. A skilled lawyer can be the difference between being convicted of impaired driving and getting off with a lesser, non-criminal charge. But don't think that you'll get off scot-free. Even if your lawyer manages to get the charges dropped, the long and complex legal proceedings can leave you on the hook for a sizable legal bill.

Impaired driving is not just a single ticket; you can expect to shoulder a large financial burden. If convicted for your first offence, you can expect to pay a $1000 fine. If you receive a license suspension, you'll need to pay additional penalties to have it reinstated. Once you do get your license back, you'll still have to pay to have an ignition interlock device installed in your vehicle. Costs average around $150 for installation and $100 a month for service. If this is your second or third offence, the value of the fine could increase exponentially and is set at the discretion of the judge. To top it all off, you'll likely be ordered to attend the "back on track" alcohol education program at a cost of $634.

For many people, the ability to drive is essential. Even if it's your first time getting charged with impaired driving, your license could still be suspended for up to a year.This increases to a 3-year suspension for your second offence, and a potential lifetime driving ban for your third offence.

Often, getting your license reinstated requires that you take several courses or programs designed to educate you on the dangers of impaired driving. Not only are these courses expensive, but you may need to take time off work to attend them.

Once you get your license reinstated, the courts will require that you have an interlock device installed in your car. An interlock device, also known as a blow box, is a breathalyzer that is tied into the ignition system of your vehicle. By breathing into the device, you'll prove that there is no alcohol in your system before your vehicle will start. While driving, the device will periodically beep at you, indicating that you need to pull over and prove once again that there is no alcohol in your system. Not only is this a frustrating, embarrassing process, but you'll have to foot the bill for it as well.

Impaired driving is a federal criminal offence. If convicted, you will earn yourself a criminal record. Generally, employers will ask that you disclose any criminal convictions during the application process. Not only can this be embarrassing, but in today tough job market it may very well cost you the position. You won't be able to have this offence removed from your record for five years.

Car insurance is not optional. If you want to drive on the road, you must be insured. Insurance companies base your insurance rates on how likely you are to cause an accident. If you have been convicted of impaired driving, insurers will see you as a huge liability. Typically, your insurance premiums will move from around $2000 to upwards of $8000 per year.

Impaired driving is treated as a very serious crime that can impact many faucets of your life. A conviction can cost you not only your job but also your car and the respect of others. Although there is a limit as to how much alcohol you are allowed to have in your system, is it worth the risk?