What life lessons have video games taught you?: originally appeared on Quora: The best answer to any question. Ask a question, get a great answer. Learn from experts and access insider knowledge. You can follow Quora on Twitter, Facebook, and Google+. 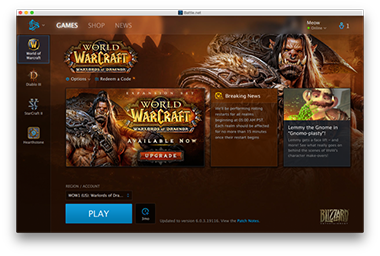 When I was seventeen years old, I became one of the highest ranked World of Warcraft players in North America. Below are some of the most powerful lessons I learned on my quest for Internet fame and success:

1. PEOPLE DISCREDIT WHAT THEY DON'T UNDERSTAND

I grew up in a very successful family. My dad is a renowned spine surgeon, my mom is a renowned performer and voice teacher at a college. Our suburb is one of the top 100 wealthiest suburbs in the nation. As an adolescent I was given every privilege known to mankind. The best schools, any summer camp I wanted, the best music teachers, sports teams, etc. No expense was to be spared for my future success.

But I wanted to play video games. I don't mean, I just wanted to sit in front of my computer and do nothing with my life. I was hungry and competitive. After I fractured my spine playing hockey at 14, I sat up in my room wearing a velcro back brace and spent my 6 months healing playing World of Warcraft. When my spine fracture was healed, I didn't want to go back to playing hockey. I wanted to become a pro gamer.

For the four years I played WoW in high school, my family, friends, peers, teachers, everyone looked down upon what I was trying to do. They said you couldn't build a future on gaming or blogging -- I started a gaming blog when I was 17. They said "there aren't any jobs where you just sit in front of the computer all day, Cole." (I think here is where we laugh at that assumption -- Twitch bought by Amazon for a billion, YouTubers making six figure salaries, etc.)

That taught me at a very young age that people say they want you to do what you love, say they support you, but really what they're saying is, "Do what we love too."

2. THE CARROT OF SUCCESS IS ELUSIVE

I will never forget the day I reached the pinnacle of my success. I logged online after school to find that my team had been awarded the title of Gladiator for the season -- the most esteemed title you could have in the game. I was now considered a celebrity. I had the title to prove my mastery. I was awarded an epic flying dragon to ride around in the game. I had reached the very top.

Thirty seconds later, I logged off and didn't play for the rest of the day.

I had nothing left to accomplish, and had traded all of my friends in the process for better servers, better teams, just to reach this point.

And here I thought that becoming a Gladiator would be the greatest feeling ever, but it wasn't. It was actually quite sad. Because the real joy had been in the 3 years it took for me to get there. All the friends I made along the way. All the late nights I poured into mastering the game.

I looked around my wealthy suburb and realized that I was surrounded by Gladiators -- men and women who had "beaten the game of life," but traded a lot in the process. I didn't want to end up like them. They were bankers, CEO's, lawyers, but I didn't know how many of them were actually happy. I wanted to wake up every day of my life doing something I loved.

Becoming a Gladiator taught me that the joy is not in the end, but in the journey.

3. I CAN TYPE FASTER THAN YOU

If there is one simple skill gaming taught me that has taken me farther than anything else, it's typing. Everything we do now is on a computer. I watch people finger their way through sentences, meanwhile I'm three paragraphs deep.

I can type easily 120 words per minute. Thanks, World of Warcraft.

4. YOU CAN LEARN SOMETHING FROM EVERYONE

Over the course of my gaming career, I've played alongside and against kids, adults, moms, dads, lawyers, fraternity presidents, computer programmers, cancer patients, army veterans, american soldiers, racist rednecks, catholic purists, life-long bachelors, hopeful widows, and adolescents that all too perfectly showed me a mirror of myself.

As a teenager, this was very opposite my town and my school where the only choices of friends were a few different peer groups: jocks, nerds, popular kids, unpopular kids, skaters, druggies, and Asian exchange students. While my peers were busy listening to what James, the Caucasian football star said every day in math class, I was talking to a guy in Hawaii through my headset and he was telling me he moved there with his wife a few years ago, she suffered from post-partem depression, and one day he came home and found her and her newborn baby dead on the floor of his living room, bathing in their own blood. (True story, he provided me news clippings.)

I was exposed to SO MUCH MORE online than my current surroundings provided. During raids, I had stockbrokers talking Wall Street in my ear; gamer moms making jokes about parenting, their kid screaming in the background; 27-year-olds that had been working in a cubicle for five years, warning the rest of us of corporate life.

World of Warcraft taught me that when you put everyone on an even playing field (like say, an online game), we are all equal.

5. YOU LEARN BY HAVING FUN

I was a terrible student. Really. Straight C's. B's sometimes. I couldn't even get an A in English, and I loved writing! School, for me, just didn't make sense. I felt like I was being tested on my ability to memorize, not my ability to understand and then make my own.

Now, I am an Associate Creative Director at an ad agency in Chicago called Idea Booth. And I am so, so glad that I never let formal education rob me of my curiosity and imagination.

6. THE ONLY THING HOLDING YOU BACK IS YOU

This is a bit existential, so bear with me.

OK, now think about how your soul, your heart, your consciousness is the player behind the keyboard, and your body is the character.

If your deepest desire wants you to go apply for that new position, go talk to that girl, go take a chance and leap off the edge of the cliff, and you're mashing that button as hard as you can but you're not moving, what does that tell you?

You are not connected to yourself. You are ignoring yourself.

This is the single most important lesson gaming taught me:

You are in control of your own reality.

The difference between people who live the lives they've always dreamed and the people who don't is this, right here. You have to listen to yourself. You have to trust yourself. The body is the character. Your consciousness is the hand that guides him/her on the keyboard.

I've learned infinite lessons from gaming, but the above are my favorites.

"I was given every privilege known to mankind.

The only thing holding you back is you."

Note: I'm writing a book about my experiences playing video games. If you'd like to be notified of its release, subscribe here! #COATG