For Father's Day, we're taking a peek at the man caves of famous athletes who are also fathers. When you're a sports star and a dad, a man cave is a must-have. It's the perfect place to entertain your teammates and friends, and to get some quality "me time" in the offseason.

Each of these man caves is in a home that's currently on the market, so if you're really looking to wow dad this Father's Day, you could give him the home of a famous athlete! 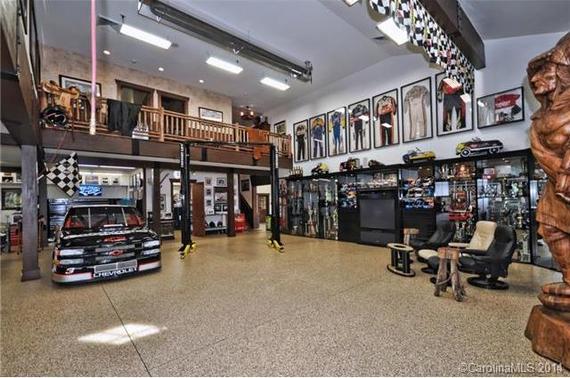 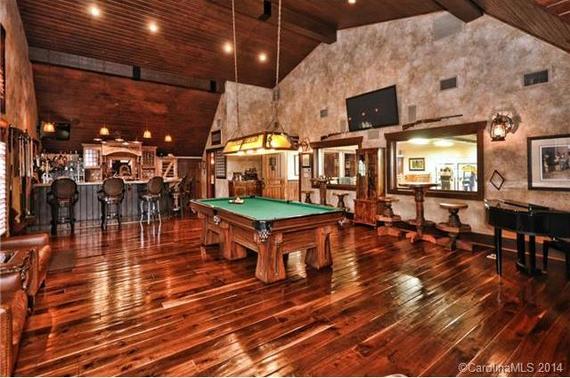 It's fitting that a NASCAR driver would have a giant garage and auto shop. But Mike Skinner - whose nickname is "Gunslinger" - took it to the next level, with a complete Western-style saloon on the second floor. The saloon features a full kitchen, bar, billiards area and music stage. The garage features built-in shelving and storage, where you can see memorabilia on display from Skinner's NASCAR days. It's likely Skinner spent a lot of time here with his sons, Jamie and Dustin, who are also former NASCAR drivers! 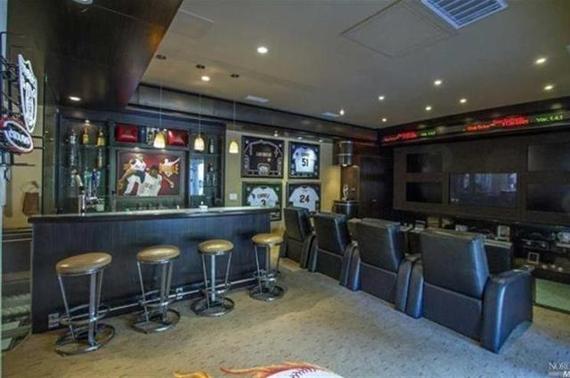 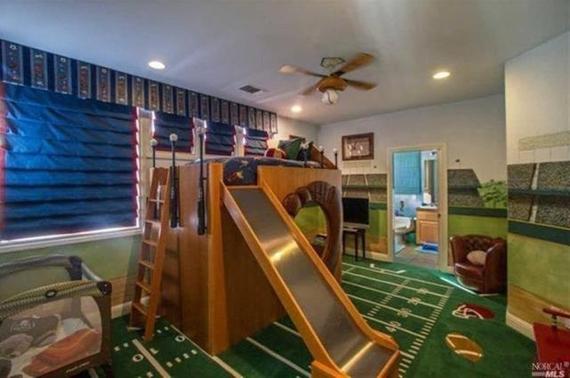 When Yankees pitcher CC Sabathia wants to watch a game, he can retreat to his giant home theater and sports bar. This baseball-themed man cave has MLB memorabilia on the wall, an image of a flaming baseball stitched into the seating and the same image on the carpet. The row of flat-screen TVs, scrolling ticker tape and surround sound system offer the ultimate game-watching experience. It's clear Sabathia's (very lucky) kids share his love of sports; the listing photos reveal a kids room with carpet that looks like a football field, a mural of a stadium audience on the wall and the ULTIMATE baseball-themed bunk bed, complete with a slide. 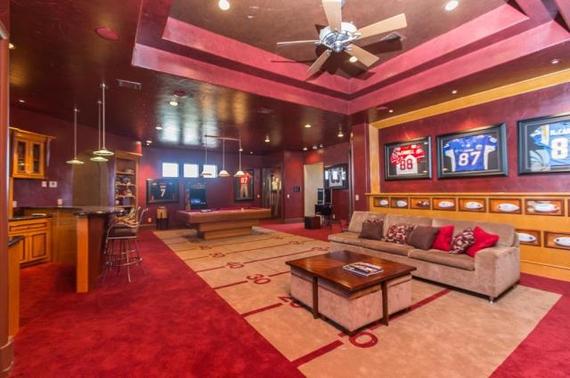 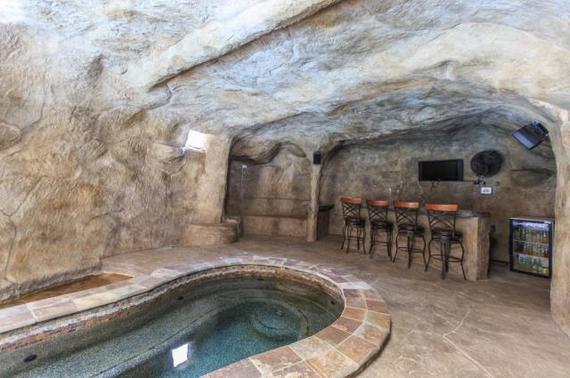 Keenan McCardell could entertain the entire Jaguars team in his football-themed man cave, which has a pool table, full bar, poker room and home theater. But there's another cave on the property that's just as impressive; it's part of the custom-built pool, and houses a hot tub, bar and flat-screen TV! Whether cooling down in an air-conditioned basement or warming up in a spa, McCardell never has to miss a game, thanks to the televisions nearby. And his kids can enjoy the playground, water slide and basketball court on the property. 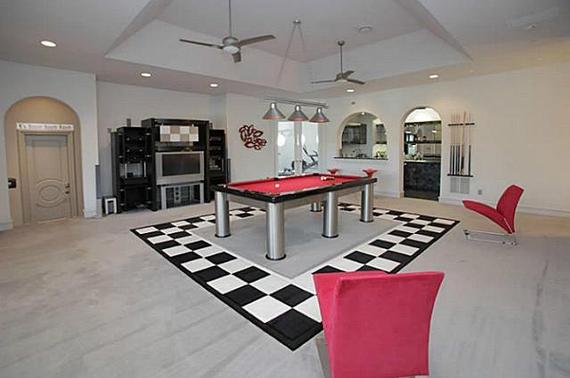 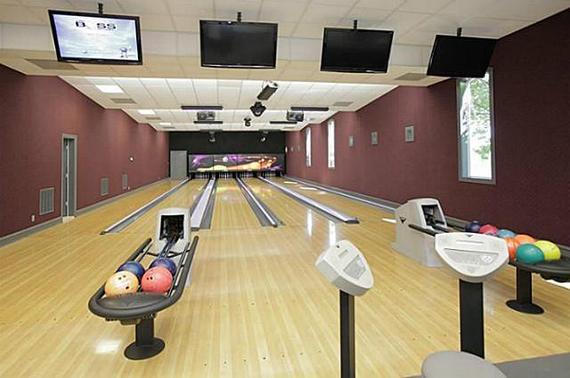 At 15,000 square feet, this home has plenty of places for Kenyon Martin to retreat to, but it's likely he spends a lot of time in his man cave on the lower level, which features four bowling lanes, a billiards table and a bar. His kids likely enjoy the giant outdoor pool, with two water slides and life-sized dolphin fountains. That is, when they're not shooting hoops with dad on the outdoor basketball court. 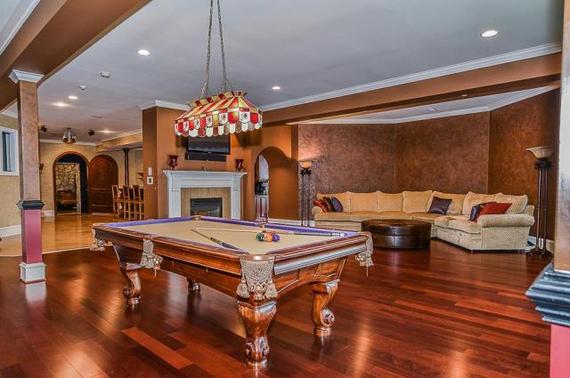 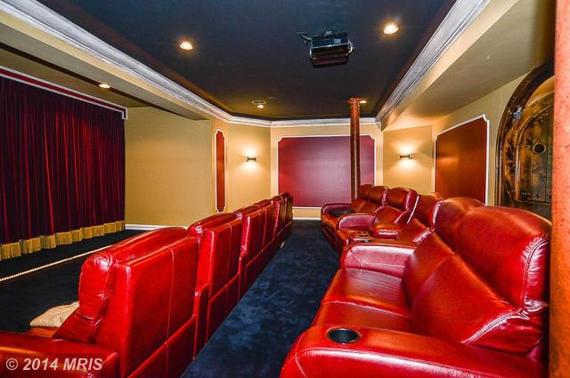 LaRon Landry's man cave is more like a man canyon, with a billiards room, wet bar, home theater, lounge area, game room and wine cellar. It's the perfect place to party before watching the big game! The hardwoods, brown color hues and vault-like doors are a stark contrast from his daughter's room, which has a pink and green color theme, as seen in the listing photos. It's fun to imagine the tough football safety having a tea party with his little girl in her fabulously girly bedroom. 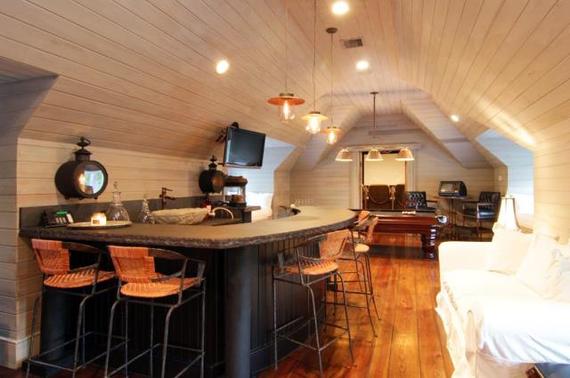 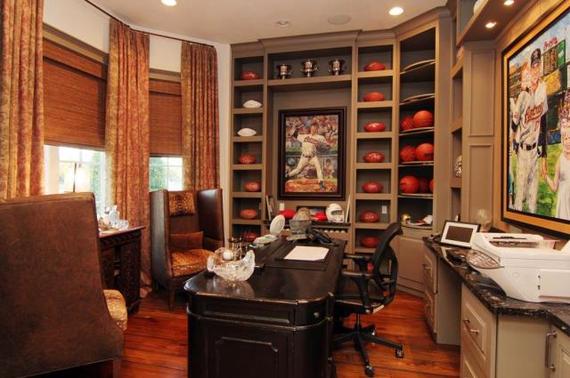 Shane Reynolds' whole home has a rustic-chic vibe, which even extends to his man cave in the attic! The room features a bar with a flat-screen TV, a pool table and a home theater. When not entertaining, Reynolds can retreat to his home office, where he has dozens of signed footballs and basketballs on display. Behind his desk sits a painting of Reynolds at the stadium with his two children. Now that the kids have grown, Reynolds and his wife, Pam, are ready to downsize from this 8,500-square-foot estate.