A 6-month-old girl and her father were shot multiple times in Chicago's Woodlawn neighborhood Monday afternoon.

According to DNAinfo Chicago, the child was one of two people wounded in the shooting, which took place around 12:48 p.m. in the 6500 block of South Maryland Avenue.

Both victims -- the other the girl's father, per ABC Chicago -- of what police believe was a drive-by shooting were taken to area hospitals and are in serious-to-critical condition, the Chicago Tribune reports.

A DNAinfo report identified the female infant as Jonylah Watkins. The male victim, according to the Tribune, is Jonathan Watkins, the baby's father.

Jonathan Watkins, according to the Chicago Sun-Times, was changing his baby's diaper in the front passenger seat of a Chevy Venture minivan, just minutes after visiting the girl's grandmother, when a gunman approached them and opened fire.

The baby's mother was previously shot while carrying Johnylah, both the Sun-Times and DNAinfo report.

According to NBC Chicago, police say the baby's father, Jonathan Watkins is known to have gang affiliations.

No one is in custody in the shooting and police are investigating.

Gun violence in Chicago has earned the city national media attention -- including two recent back-to-back This American Life episodes on NPR, even as its oft-blasted homicide rate in February plummeted to a 56-year-low. Previously, in January, 40 homicides were reported by police. 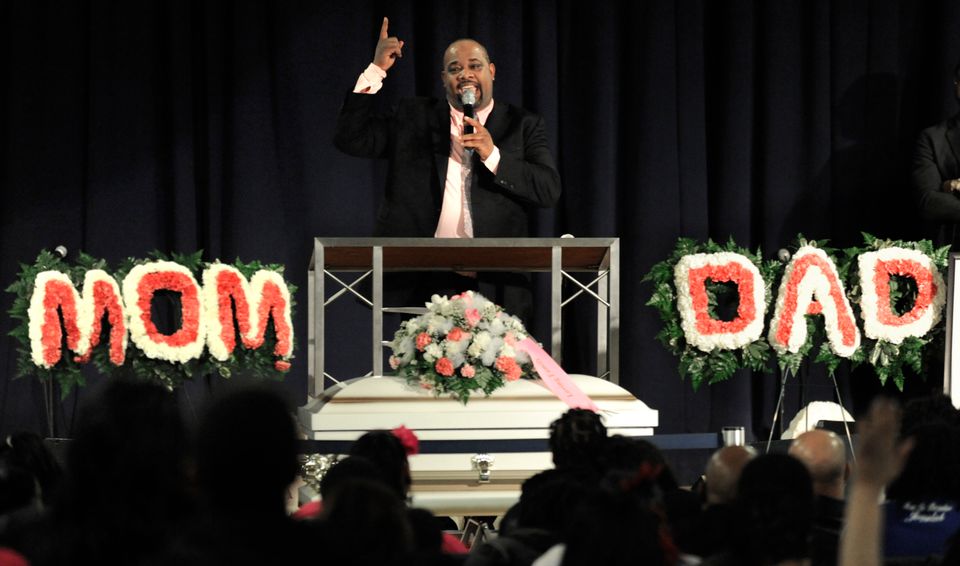