I just saw a recent picture of comedienne Joan Rivers that made me want to throw up. Her face is now stretched tighter than a piano string; her mouth and snout bear more than a passing resemblance to that grotesque "cat-woman," Jocelyn Wildenstein.

"I've had so much plastic surgery," Rivers told The New York Times earlier this year, "when I die they will donate my body to Tupperware."

Ironically, she's become the industry's worst poster child. I'd rather have my jawline sag to the floor than end up looking like Rivers.

Recent reports say that the number of pricey cosmetic surgeries is declining, thanks to the recession. Yet Americans are hardly shying away from the knife. According to new stats from the American Society of Plastic Surgeons, in 2008 billions were spent on over 12 million cosmetic plastic surgery procedures. Women account for a staggering 91% of these procedures.

From a certain point of view, the impulse for self-improvement is understandable. Cosmetic surgery is so readily available, and it's often described as a Pandora's Box - once opened, impossible to close.

Yet with so many ghoulish post-surgery results on display these days, I decided to seek out examples of natural-looking, beautiful women of a certain age.

It was surprisingly easy to come up with a (certainly not all-inclusive) shortlist of mature beauties. The difference between the women on my roster and Rivers: these ladies know better than to try to look like you're 20 when you're 50.

The real trick: to look like a beautiful 50-year-old when you're 50.

The following women inspire the hell out of me. In fact, after doing this little project, I'm looking forward to sixty. As Holly Golightly, the ultimate glamor girl, once said:

"Wrinkles and bones, white hair and diamonds: I can't wait." 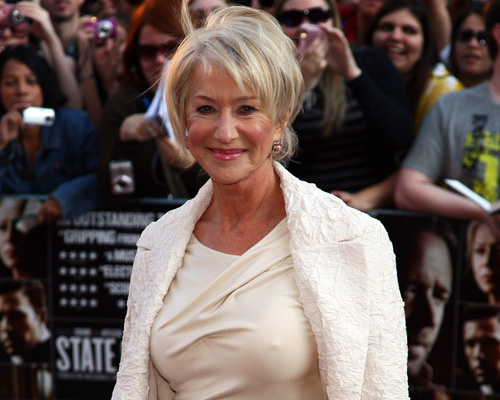 This formidable, petite actress (5'4), won 29 major awards for her portrayal of Queen Elizabeth II in The Queen (2006), including the coveted Best Actress Oscar.

She seems equally famous for the bikini shots taken of her on vacation in Italy last year. Tabloids around the world remarked on her natural beauty and gorgeous curves. Said the UK's Daily Mail: "The only work to transform her toned body [has] been carried out during gruelling hours in the gym."

Of this alleged workout regime: "No, I'm very lazy," Mirren told The Times of London. "Those pictures ... had just been taken at a great angle." 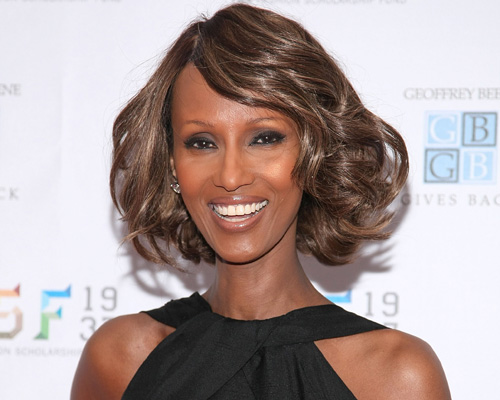 Born in Mogadishu, Somalia, this supermodel, cosmetics titan, and wife of David Bowie seems to be getting more goddess-like with each passing year.

When launching her eponymous Iman Cosmetics, a product line for women of color, Iman said: "I just want to open a dialogue where we can talk about these things, where we can define our own beauty and approve of ourselves. We have to approve of ourselves before anyone else will. Women need to celebrate their God-given beauty instead of always trying to be something else." 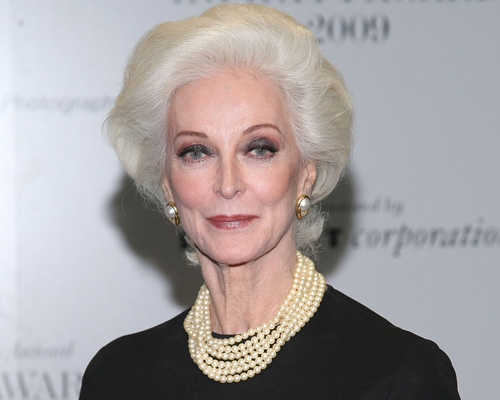 I recently saw 1950s modeling shots of Dell'Orefice taken by famed fashion photographer Richard Avedon, and while the photos were glorious, I honestly believe that she's more beautiful now.

With her shock of perfectly-groomed white hair and cut-glass cheekbones, Dell'Orefice is often referred to as "the world's oldest working model." She made a catwalk appearance in Jean Paul Gaultier's first Hermès show in 2004 and John Galliano's Dior haute couture show in 2000.

Totally unabashed about her age, Dell'Orefice recently told The Telegraph, "How many other ladies ... can say that the snapshot on their senior citizen's card was taken by Norman Parkinson?" 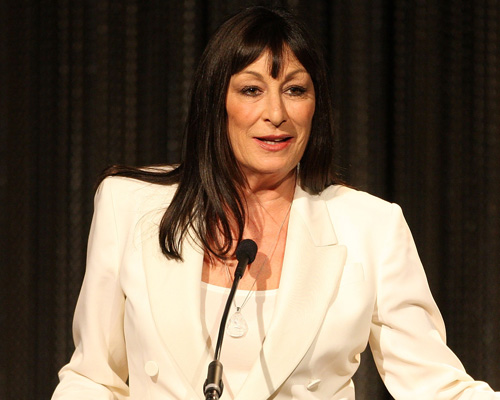 A Hollywood legend. Due to her height and aquiline nose, Huston's unconventional beautiful is often described as "aristocratic" or "imposing."

A lesser woman might have been tempted to chisel that magnificent nose into a less opinionated, WASP-Y affair -- but not Huston. "There were times when I hated my nose," she once said. "But you grow up and you start to recognize that maybe it wasn't a bad thing that you weren't born Barbie."

Huston has commented that aging in America is not exactly an "applauded" process; but, she says, "you have to take it all with a grain of salt." Thankfully she follows her own advice, and gives us yet another sultry, dignified role model. 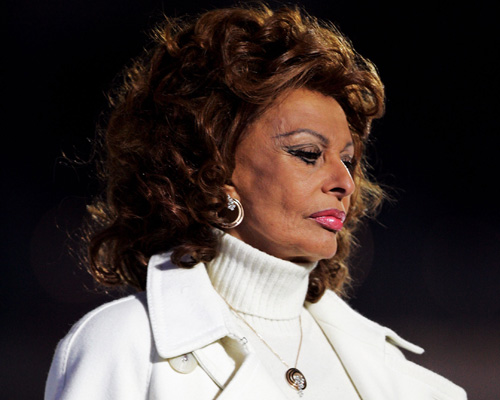 Loren has long set beauty standards instead of following them. The adored Italian actress had been considered an ugly child, nicknamed "The Stick" and "The Toothpick." As everyone alive knows, she later became a voluptuous international sex symbol and remains one today. Appearing in the 2007 edition of the famous Pirelli Calendar at the age of 72, Loren became the oldest model in its history.

Loren once said of her famous curves: "Everything you see I owe to spaghetti."

I also love this about her: she reportedly hates beauty salons, and does her hair and nails herself. 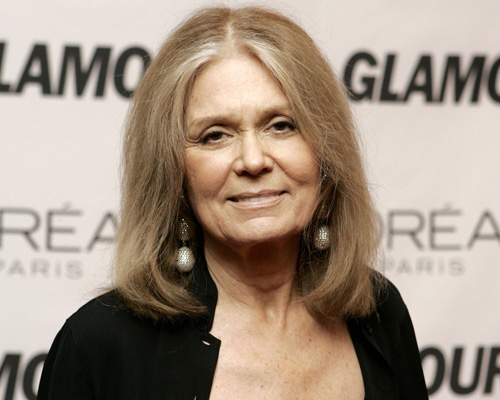 For Steinem, one of the most important figures of Second-Wave feminism, physical appearance was obviously never the point. But I'm going to pay her the compliment anyway: she was gorgeous in the 60s and 70s, and is stunning now at 75. She proves that neither brilliance nor beauty fades as time progresses.