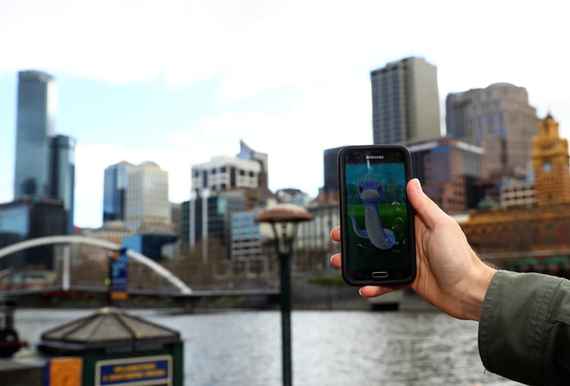 Pokémon Go, the augmented reality sensation swallowing the nation, makes few real demands of players, but those it does are simple: go outside, walk around, and discover various landmarks. That's all well and good for folks that can wander about in the daylight, but things become infinitely trickier at night.

The problem is that not everyone has the luxury of seeing the sun on the regular, thanks to the likes of work and school, which leaves hours of Ash Ketchum cosplay to the dark. No reasonable person can be expected to catch them all while limiting themselves to, if I may borrow an entirely unrelated phrase from The Lion King, everything the light touches.

Which is why every self-respecting Pokémon master needs to keep these tips in mind when throwing down at night. 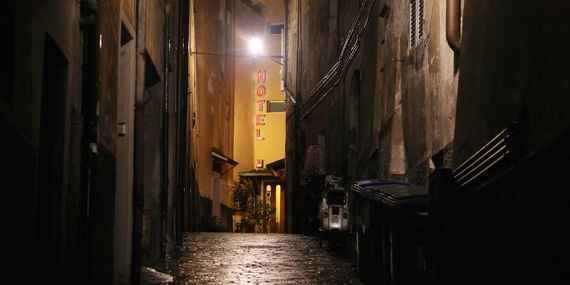 Wandering down this dark alley, for instance, is a bad idea.

This one's a bit broad, but that's because it applies in nearly every situation. It's just that it applies doubly so at night. Skulking is never a good look, and attempting to hide the fact that you're playing Pokémon Go is fine during certain hours -- but those hours end when the stars come out or light pollution prevents the stars from coming out. And you'll look way shadier doing it at night.

Locations like Central Park are incredible for burgeoning trainers, but most places have set business hours that should be respected. Having three Pokéstops right next to each other is lovely, but not being arrested for loitering outside a church late at night is lovelier. See also: the aforementioned "don't skulk."

Knowing where to go is the big thing, and one excellent way to find a good spot is to peep where players are dropping lures (the items that attract wayward Pokémon to a given area) on the regular. Chances are good that those places with consistent lure placements are open to the public late.

No Shame in Plopping Down at a Cluster of Stops

Speaking of local lures, these are almost inevitably going to be on a cluster of Pokéstops that are all together. The good thing here is that stops can be, er, stopped at every five minutes. Spin to win every five minutes on each one, drink a delicious, refreshing beverage, and keep an eye open for monsters. There's no shame in being lazy.

Do not do the thing this man is doing.

'Pokémon Go' and Drive Under No Circumstances

Look, I get it: it just makes sense to drive around when moving large distances at night. Nobody wants to be on the sidewalk for hours at that time of day. But playing the game while driving is a surefire way to hit a tree or worse. Driving around, stopping to play, and driving to a new Pokéstop is all well and good, but it does seem to defeat some of the app's purpose.

Use the Buddy System

Assuming you have friends that are willing to be seen with you at night while playing an augmented reality version of Pokémon, going out on excursions together is a solid tactic. In fact, more generally, all "how to be safe at night" tips apply, but at least this one garners a solid partner that can be the Jesse to your James.