When I first discovered stand-up comedy, I was a teenager in high school.

I was overly self-conscious and didn't go out much on the weekends, so I often wound up in front of the TV until 2 a.m., watching the various standup specials aired on Comedy Central.

Before I finished my sophomore year, I had fallen in love with the realistically dark jokes of Lewis Black, Steven Wright and Marc Maron, as well as the whimsical sets of Demetri Martin and the pure vulgarity of Daniel Tosh.

I admired all of them, in their own ways. Not just because they were funny, but because they each offered very real comments about the world I was trying to figure out as a young teenager.

Since then, I've never outgrown my love of stand-up, and I doubt I ever will. Stand-up comedy is beneficial in that it is cathartic but also in so many other ways.

Whether you love stand-up as much as I do, or you're just "okay" with it, you might be surprised to learn these powerful benefits of the laughter it creates:

1. It can help relieves stress

Assuming you're watching or listening to stand-up that you find humorous, the laughter can effectively reduce your stress levels. Research suggests that laughter relieves stress by initiating and then abruptly cooling down your stress responses. What's more, simply anticipating a laugh can have powerful stress-relieving effects.

One study from 2008 found that, when anticipating laughter, subjects experienced lower levels of three stress hormones -- cortisol, epinephrine and dopac. The anticipation of laughter reduced these hormones by 39 percent, 70 percent and 38 percent, respectively.

2. It can help relieve pain

In addition to being a stress-reliever, stand-up comedy could also help with long-term pain management (see the Mayo Clinic article cited above). Laughing can cause your body to produce natural painkillers and may also relieve pain caused by muscle disorders by interfering with the "pain-spasm" cycle.

A 2011 study conducted by researchers from Oxford University showed that the more subjects laughed, the less pain they felt. The study also suggests that it's laughter itself, not just positive emotions, that aids in pain relief.

3. It can help boost your immune system 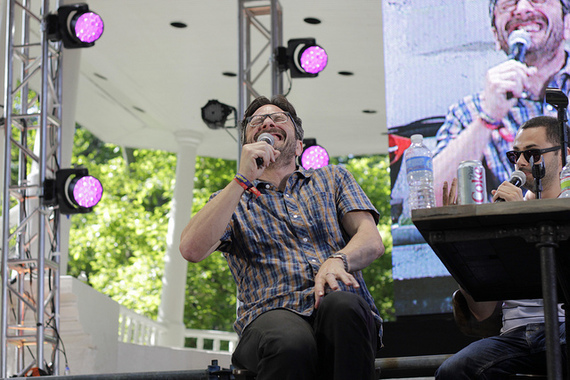 Trying to shake an annoying winter cold? In addition to that Alka-Seltzer you're trying to choke down, you might benefit from watching some stand-up.

Some research has shown that laugher may increase the number of infection-fighting antibodies and boost immune cells. Likewise, positive thoughts and feelings -- such as those released with laughter -- have the potential to release neuropeptides, which help fight illness and stress (see Mayo Clinic article cited above).

4. It can help reduce blood pressure

In addition to the health benefits mentioned above, laughing at stand-up comedy can improve blood flow and reduce your blood pressure. In fact, two separate studies found that laughter improves the flow of blood through the body's arteries, thus reducing blood pressure as well as subjects' risk of heart disease.

Most amazingly, one of the studies found that watching a funny movie improved blood pressure "for a full 24 hours" after the program was viewed. The other study discovered that, not only do humorous programs improve dilation of the arteries, but that watching depressing programs is actually harmful to our blood vessels.

5. It can stimulate your mind 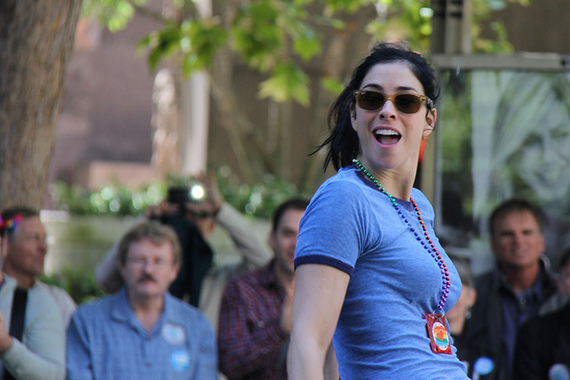 In the Psychology Today article cited above, Dr. Weems states, "Comedy is like mental exercise, and just as physical exercise strengthens the body, comedy pumps up the mind."

Speaking of physical exercise, however, it's worth noting that watching stand-up comedy and laughing can be an easy workout, too.

Of course, you probably shouldn't try to substitute laughing for a solid gym workout, but it does have its benefits. Studies have suggested that 10-15 minutes of laughing can burn about 50 calories -- that's approximately one Chips Ahoy cookie.

In addition to burning a few calories, laughing also works your stomach muscles by causing them to expand and contract. It also works out your shoulders and exercises the diaphragm and heart.

Who are your favorite stand-up comedians? I'd really like to hear about them in the comments section below!