Lately, there's a movement to glorify '80s childhoods, and a call for parents to return to those simpler times. I'm not sure how this free-range '80s childhood got so romanticized, but I'm here to tell you how things really were for kids in the '80s.

I remember climbing the apple tree in our backyard to grab an apple and ending up hanging upside down by my shorts at age 5. I still don't know how that happened, but I was thankful at the time that no one came out and saw me. Well, I was thankful after I figured out how to get down. Initially, I was really annoyed that I didn't have any supervision.

2. Bones broke, over and over.

Specifically my right elbow. The first time, it was during a race against my brother when I was 4 years old. I am pretty sure that I had him right where I wanted him, too, until I fell and put my hand out to catch myself. Lesson learned: Fall on the face.

The second time, I was 5 years old. I dismounted from the monkey bars and landed on my bottom, legs out straight and arms down at my sides. DANGIT!

I didn't actually learn anything; I'm still using those arms to catch myself.

Those suckers would crawl into our basement sometimes. Yeah, not even lying about that. Awful.

When we did that fast scurry up the stairs (like you do because you know something is behind you), we were not only running from the Boogeyman, but also from potential snake attacks.

The '80s were no joke. I believe the New Kids on the Block song "Hangin' Tough" was based on a snake encounter I had.

4. Jem and the Holograms played on TV.

I have re-watched this show with my daughters, and it is not the masterpiece I remember. I will not admit this to my husband. You should not either, if you ever run into him.

It was on my suggestion that the girls decided to watch it, and now we are stuck. The plot lines are a lot more serious than I remember: drugs, arson and bombs.

5. Car trips with the whole family involved keeping in touch via CB radios as we followed each other to our destination.

And switching cars when we wanted different people to talk to. OK -- that part was awesome and something that I would do with my kids in a heartbeat.

Occasionally a trucker would break into the conversation, and my Uncle Ken would chat him up (10-4, good buddy). Also, on these car trips we didn't have to mess with those dang car seats. Sometimes kids were just stacked on the dashboard. Or in the trunk. It was fine. 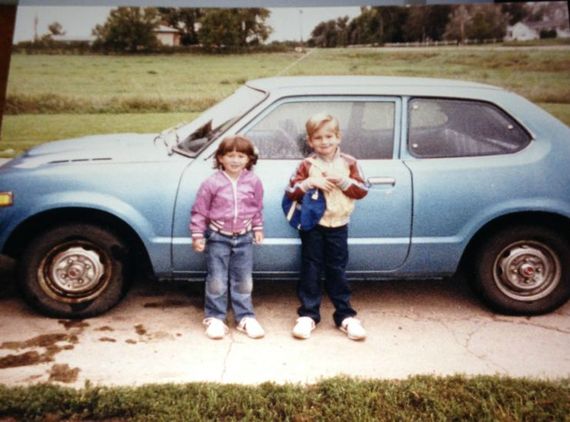 6. Swim lessons happened in the morning, in the outdoor pool. (Thanks, Mom.)

When you had the lessons in the morning, the sun didn't have the time to heat the pool for you. Have no fear, though: There was something you could do to warm yourself up, and it was called -- say it with me -- "bobs."

That's embarrassing, I heard you say "peeing." That was not right. Take a good look at yourself after that answer.

All right, so maybe if you got past the attacking trees, snakes, arctic swim lessons and broken bones, it wasn't that bad. But some great thing all parents should add to their childrearing arsenals today? I don't think so.