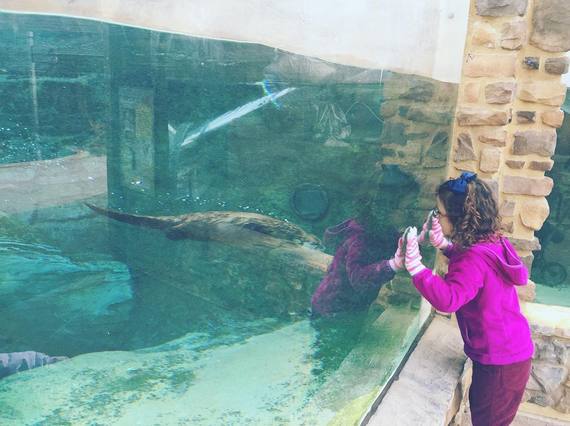 I have two children, ages 5 and 1, and I'm not immune to joking about there never being enough coffee, or the lack of sleep I get some nights, or how showers these days just aren't the same.

After reading a few posts from people making comments that parenting must be awful -- and a few mentioning how glad they are that they aren't doing it -- it got me pondering why exactly we b*tch so much about these little individuals who, clearly, are worth it, and who offer significantly more in return than the effort they take...

American culture, in particular, is highly competitive. We compete about how busy we are, how little sleep we get, and, generally, things that really aren't worth gloating over (and yet, culturally, we do).

Saying that I only slept this amount last night, or I cleaned up this many messes today, or I haven't had a shower in fill-in-the-blank days could be translated into this perverse social need to work harder than everybody else around us.

It's true that it's hard work. It's true that I bust my ass at my job -- it's just that my job is at home caring for the two people dearest to me in the world, besides their father.

We are offering our empathy to other parents when we say things like, "Hey, my house is untidy most of the time, too," or, "I'm also tired as hell of changing poopy diapers today," or, "Yeah, it's gonna be beer-thirty here ASAP."

But this empathy, and reminding other parents that they aren't alone, shouldn't be mistaken for saying that the work outweighs the benefits, because it doesn't.

It's sometimes difficult to admit that such small people have so much pull over us -- over our hearts, and our schedules, and our lives.

Having children can become all-consuming, especially if we don't make the effort to care for ourselves as individuals outside of parenting, and to care for the relationships that exist outside of this parent-child bond.

6. Nothing worth it is easy.

Nothing in the world is worth having or worth doing unless it means effort, pain, difficulty... I have never in my life envied a human being who led an easy life. I have envied a great many people who led difficult lives and led them well.

Parents know that our hard work will pay off. And, no, it's not because of what will come later in our lives as our children grow older.

Caring for my children is already worth it, every single day -- when my daughters smile at me with cupcake frosting around their mouths; when we were leaving the zoo yesterday after I took my girls there for a surprise visit, and my oldest turned to me and said, "It's a good day, Mommy."

I don't necessarily believe that effort always equals success, but I'll be the first to admit that I didn't take a shower today, that I wish I had a second cup of coffee in my hand -- and that my kids are hands down the best things that have ever happened to me.

More:
Parentsparents-momsvoices
Newsletter Sign Up
Raise the kind of person you'd like to know
Subscribe to our parenting newsletter.
Successfully Subscribed!
Realness delivered to your inbox