This article originally appeared on ArchDaily.

On April 26, 1986, the Chernobyl Nuclear Power Plant in the city of Pripyat in northern Ukraine suffered a catastrophic failure, resulting in a nuclear meltdown and a series of explosions which scattered radioactive material across large areas of Ukraine, Belarus and Russia.

More than 50,000 people were evacuated the following day, and over the next 14 years another 300,000 people were moved, leading to an exclusion zone today measuring 2,600 square kilometers that will likely remain in place for hundreds of years. To this day, the human cost of the disaster is still unknown, with estimates that in their lifetimes, anywhere between 4,000 and 200,000 people will be affected by cancers attributable to the incident. Along with the Fukushima nuclear disaster of 2011, the Chernobyl disaster is one of only two level 7 nuclear events in history.

Today, exactly 30 years later, the incident at Chernobyl remains one of the most poignant demonstrations of humanity’s mastery over its environment, and also one of the most powerful demonstrations of how easily, and how catastrophically, that mastery can go awry. But humans are if nothing else resilient, and throughout history have used every means at their disposal to put right the problems they have caused for themselves -- including a number of structures constructed to mitigate the effects of man-made disasters, both from humanity’s past and its possible future.

In the six months after the Chernobyl disaster, construction teams hastily constructed the cheerily-named Chernobyl Nuclear Power Plant Sarcophagus, a structure containing 400,000 cubic meters of concrete to stop the further spread of radiation and the contaminated materials contained within the building. However, the hurried nature of its construction means that the Sarcophagus has a number of problems, not least its structural reliance on damaged parts of the original building. Due to the radiation levels in and around the structure, it was deemed impossible to maintain the Sarcophagus, and a decision was taken in the 1990s to build a new protective structure over the entire existing system.

The Chernobyl New Safe Confinement (NSC) consists of a barrel vault 92.5 meters tall, 270 meters wide and 150 meters long constructed of steel and polycarbonate. In order to reduce the radiation exposure of those constructing the NSC, the entire structure is being assembled 180 meters away from the reactor itself, and when completed it will be slid on rails into place.

The Chicago Sanitary and Shipping Canal

Nineteenth century Chicago had a problem that was common to many rapidly-expanding cities at the time: human waste. However, in Chicago this problem was more acute than in most cities, as the city’s flat plain and slow-flowing river was not conducive to washing away human excrement -- not to mention the fact that the city took its drinking water from Lake Michigan, at the mouth of the river. By 1854, the problem was already so bad that a cholera epidemic killed sic percent of the Chicago’s citizens, but in the following five decades the city’s booming population only made the problem worse. The river’s south fork, known to this day as Bubbly Creek, got the name thanks to the slaughterhouses that lined the river and threw their waste into the water, causing bubbles of methane (which would occasionally catch fire) as the animal corpses began to rot.

The solution to these problems took place in three stages: first, every building in Chicago was raised by 10 feet (three meters) to make space for a network of sewage pipes; second, what was at the time the world’s longest tunnel was constructed to extract water from Lake Michigan two miles out from the shore; and finally, when both of these measures failed to produce long-lasting results, the decision was taken to reverse the flow of the river entirely. This was achieved with the Chicago Sanitary and Shipping Canal, whose complex construction is covered beautifully in this episode of 99% Invisible. However, the short version of the story is that between 1892 and 1900, the construction of the canal joined the Chicago river with the Des Plaines river, meaning that instead of flowing into Lake Michigan from the Chicago river, water flowed out of Lake Michigan, via the Chicago river and canal, and ultimately into the Mississippi river network. Shortly after the canal was opened, a headline ran in The New York Times sarcastically declaring that “The Water in the Chicago River Now Resembles Liquid.”

Around the world, many countries keep a repository of the seeds of their indigenous flora for emergencies; in case of catastrophe, these seeds act as a backup of their ecosystem. But since 2008, the Norwegian government has also operated the Global Seed Vault, storing samples from countries around the world to serve as the backup to these backups. The complex operates in a similar way to deposit boxes at a regular bank: Norway owns the facility, but the containers of samples themselves are owned by their respective countries, and only they can request access to them.

The site at Spitsbergen Island was chosen for a number of reasons: firstly, long-term storage of seed samples is best done at cold temperatures, and the icy conditions 1,300 kilometers from the North Pole help to reduce cooling requirements; secondly, the region experiences very little seismic activity; finally, at an elevation of 130 meters it is protected from even the worst predicted rises in sea level. Buried 120 meters deep in a sandstone mountain, the facility is cooled to -18 degrees celsius, and even in the event of a power failure would take several weeks to warm up to the ambient rock temperature of -3 degrees. Last year, the seed bank had its first withdrawal, after another seed bank located in Aleppo, Syria, encountered problems moving its collection away from the Syrian Civil War.

Completed in 1959 as a safeguard against the worst possible outcomes of the Cold War, the existence of this 56,000-square-meter underground facility in Virginia was not public knowledge until 1979. In the event of a disaster, the Mount Weather Emergency Operations Center was designed to act as a bunker for the United States military and governmental officials as part of the country’s “Continuity of Government” plans. On a day-to-day basis, it is the headquarters of the Federal Emergency Management Agency (FEMA).

Crucially, the facility includes a radio station which, in the event of an emergency, would be the central control point of the emergency broadcast system. And, the facility is not defunct now that the Cold War is over -- it was most recently used for emergency operations after the September 11 terrorist attacks in 2001, when some members of congress were evacuated to Mount Weather by helicopter.

Another underground bunker facility constructed during the height of the cold war, the facility at Cheyenne Mountain in Colorado is even more impressive than the Mount Weather Complex in its extensive underground network and impressive engineering solutions. The complex was originally built as the Combat Operations Center for the North American Air Defense Command (NORAD), a joint security initiative between the United States and Canada set up to monitor North American airspace for incoming threats.

Though NORAD has since moved to the nearby Peterson Air Force Base, the facility is still used by the US Air Force as a training facility, and its formidable protective capabilities remain in place -- including the springs which protect its interior structures from seismic shocks, its doors designed to withstand a nuclear blast as strong as 30 megatons from as close as two kilometers away, and its independent power plant, heating and cooling systems, and water supply. Today, the threats which it is designed to protect against, in order of decreasing likelihood, are "medical emergencies, natural disasters, civil disorder, a conventional attack, an electromagnetic pulse attack, a cyber or information attack, chemical or biological or radiological attack, an improvised nuclear attack, a limited nuclear attack, or a general nuclear attack."

The New Town of Kiruna

Sweden’s northernmost town, Kiruna, exists almost entirely as a result of the huge iron mine nearby, which supplies 90 percent of the iron used in Europe. However, before too much longer the town could very well cease to exist thanks to that same mine, as the excavation threatens to undermine the entire town. Ceasing excavation is certainly not an option either: without the mine and the jobs it provides, explained the city’s deputy mayor to The Guardian, “no devil would have built a city here.” To avoid this, the city commissioned White Arkitekter, in collaboration with Ghilardi + Hellsten Arkitetker, to envision a masterplan that would move the town of 23,000 people three kilometers to the east.

The proposal, which has now been underway for two years, involves moving 20 of the town’s most important buildings by carefully dismantling them and moving them to the new site. The rest of the town will be constructed anew, gradually moving everyone over a period of almost 20 years. However, the masterplan also includes a longer, 100-year plan to reduce the town’s reliance on the mining industry - showing that, in spite of humanity’s propensity for a startling lack of foresight, we can also be pretty good at learning from our mistakes. 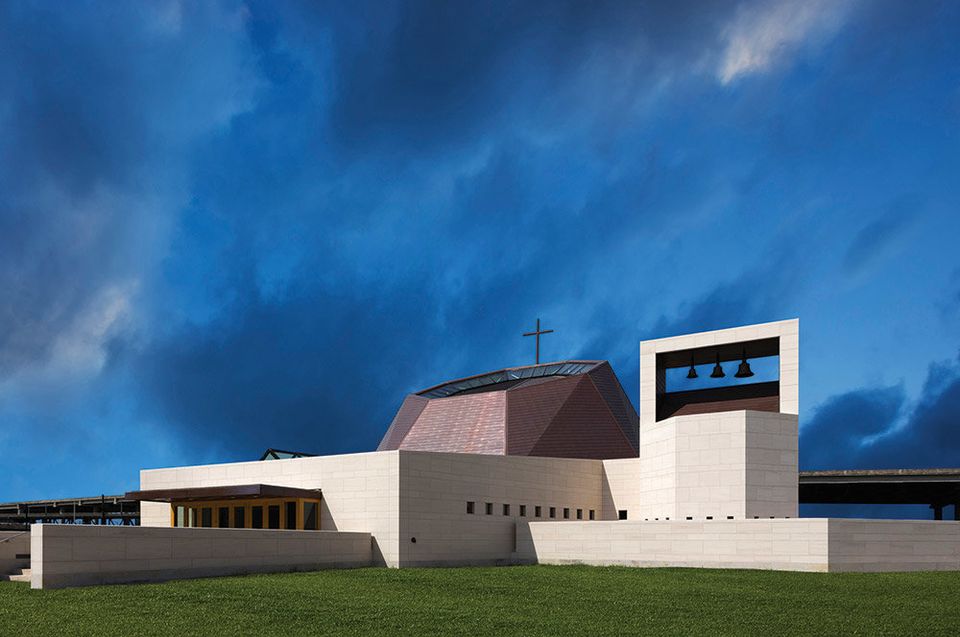