1. Fairness Is A Fallacy.

When you're very young or if nothing bad has ever happened to you, it seems like life should be fair. This is not true! In the words of everyone's dad, life isn't fair.

Facebook pregnancy announcements used to send me into a day-long depression, usually revolving around the idea that so-and-so got pregnant without any sort of struggle at all and they didn't deserve it. I had gone through the first trimester three times and had nothing to show for it and I deserved to be making Facebook pregnancy announcements. I'd never made it to that mythical twelfth week and these women had made it there without breaking a sweat and how dare they.

But everybody is entitled to their particular joy the same way everybody is entitled to their particular pain, irrespective of my personal life experience. Also, "fair" is not a thing. Or, it is a thing, but not the way I thought. The true, valuable concerns of fairness have less to do with entitlement and more to do with institutionalized racism and sexism and the history of marginalization and how to solve those problems as a modern, thoughtful society. That's something worth worrying about. But me not having a baby THE INSTANT I WANT ONE is not about fairness. It's not about anything. It is what it is.

And, truth be told, do you know what's unfair? That I met my husband, who is great, when I was 22 and I only had to waste time dating, like, three or four horrible a**holes. You know what else is unfair? That I was born in a comfortably upper-middle class family and was afforded every opportunity. That I'm white and straight. That is unfair. Get your head out of your butt, me.

2. The Worst Thing You Can Imagine Will Happen.

Last winter, my beloved, floppy, snuggly cat died. Two weeks later I had a miscarriage. Two weeks after that, my grandfather died. After all that, I thought it was over. It wasn't. There were two more losses coming. One day soon I would pick up a very small dead human from the toilet and hold it in my hand before screaming and dropping it and flushing it away. That was probably the worst thing. So far.

SORRY THAT WAS REALLY GRAPHIC, but that's the thing about this. Imagine the worst thing. The worst thing is not going to be cute. Life/the human body is a disgusting, scary place. And I'm sorry, I'm so genuinely sorry for you, but the worst thing is going to happen. Because eventually everybody you love will die. You will die. It's horrible.

I'm really sorry! But look, real talk: the sun is going to explode someday and everything we've ever known will be over. BUT DON'T DESPAIR! Short of the sun exploding, the worst thing you can imagine happens someday. And what do you do? Maybe you think you can't go on or you won't make it. But then you do go on, you do make it. Because what are the other options? Die of a broken heart? Nope, Disney, that's not a thing.

I'm really into controlling stuff. How napkins are folded, the position of pillows on the couch, the 90 degree angles of papers on my desk, etc. Sometimes I laugh about the things I used to get upset about. My husband sometimes makes the bed in a way I perceive to be lazy. We have had actual fights about this. That's hilarious! I am such a control freak that I would see the bed he made, become infuriated, remake said bed, and then Gchat him about it at work. "Why do you even bother making the bed? The way you make the bed is a slap in the face to me." Hahahahahahaha. What?! I had no idea.

So imagine the shock to my system when I couldn't control an iota of what was happening inside my body. When humans die inside you, through no fault of your own, you have to stop thinking you have any sort of ability to dictate any outcome.

I tried very hard to have healthy pregnancies. I did everything right, but it didn't work out. But it doesn't matter what I do. I'm not in control of it. I am just along for the ride and it's up to the randomness of the universe (or God, if you want) to decide. You know, like the AA serenity prayer. Grant me the serenity to accept the things I cannot change. Just let it go. I haven't seen Frozen, but every time I hear the song I make it about miscarriages. I make most things about miscarriages now. But that song is clearly not about miscarriages. It's about being gay.

A few years ago, I watched The Business of Being Born on Netflix because I am a 29-year-old, middle class American woman. That movie convinced me, before I even thought about getting pregnant, that I wanted to have a beautiful, painful, un-medicated home birth when the time came. That gorgeous woman in the beginning, in a brightly colored top, just standing in her birthing pool in her living room, silently reaching down below her and pulling her baby out of her body, I mean come on. I wanted that!

That changed, though, for me, after having three ugly, painful, un-medicated home miscarriages. Now I am 100 percent about the drugs. I am 100 percent about hospitals and machines and professionals. If I could be an inpatient for the entirety of every pregnancy I ever go through for the rest of my life, I would. Numb me. I have no more illusions. Nothing about that pain is beautiful.

Mind, if I ever do have a baby, I'm sure it will be beautiful. But I will still probably want drugs. Life is too short to choose pain. (Also, note to Billy, I reserve the right to decide that I don't want drugs at a later date because I am forgetful. You may be blamed for this. Look out!)

Every time it happened, we thought we would cease to be. Billy and I grieved differently -- I tended to go faster and dirtier, and he took longer and his sadness would come out sideways sometimes, confusing both of us. But, every time, after about six weeks, we would be back to ourselves. I would start running again. Billy would want to see friends. We would be OK.

A month or two later, we would talk about it and decide to try again. Every time, we decided to try again. Why did we do that? Hadn't we had enough? Well, yes and no. After a few weeks, you wake up and realize that you're not dead. And not only are you not dead, but you don't even feel that bad anymore. You're different now, but you're OK. It didn't kill you. It didn't really make you stronger, either. It just didn't kill you.

So I guess I've come to the conclusion that worrying is unnecessary and not useful to me anymore. In the end, worry or not, the only thing that can kill you is the thing that kills you. Up until then, you're invincible.

6. Everything Is A Miracle.

Miscarriages are very physically painful, in addition to the obvious emotional strain. So after a miscarriage was over I would have these moments of realizing that I wasn't in any physical pain, and it felt like a miracle.

And, actually, lots of things feel like miracles now. These things include, but are not limited to: bagels, the ocean, sleep, a really funny joke, fire, that an apple came right off the tree tasting like that, spring finally happening, rice pudding, that I saw a guy practicing ballroom dancing moves on his walk home from work, really solid high fives, dogs, that all of us are breathing and our hearts are beating and we've been alive this long.

It is very amazing that we are all alive! We made it through our mothers' pregnancies with us, we were born into the world, we didn't die of SIDS, and now we're all sitting at our computers, reading these words, blood pumping through our veins, against incredibly bad odds. How amazing is that?!

Also, I'm pregnant. Due October 20, 2014. We're probably going to spoil the sh*t out of this kid because it's a F*CKING MIRACLE. 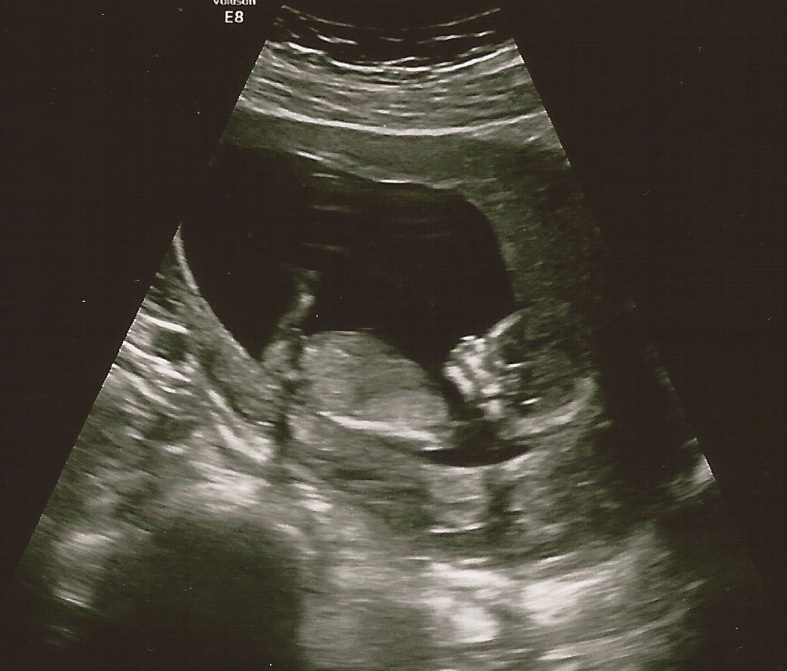