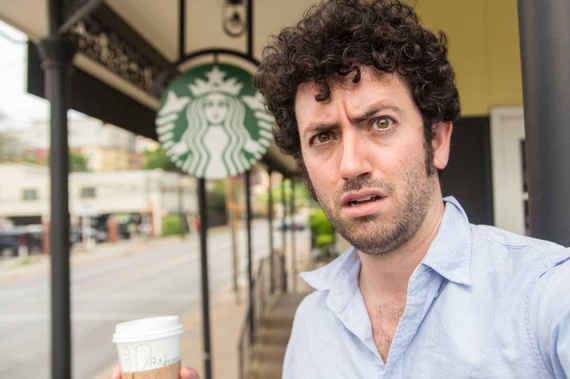 No matter how you feel about the Jolly Green Mermaid, you've followed the siren song to a Starbucks at one point or another. But most of us just go in and out. Or camp for a chunk of the work day. But what are you missing in those hours when you're not in Starbucks?

To see what I could learn about the country's most popular coffee shop, I turned a quick latte stop into a marathon by hanging out in a Starbucks from open (6am) to close (midnight). It was... a long, long day.

I followed a few basic rules: No leaving the premises, no visitors, no video streaming during normal working hours. Although I learned from a homeless man named Chuck that I didn't really need to buy anything (more about him later!), I paid rent on my seat at the 'Bucks by purchasing at least one item per hour. 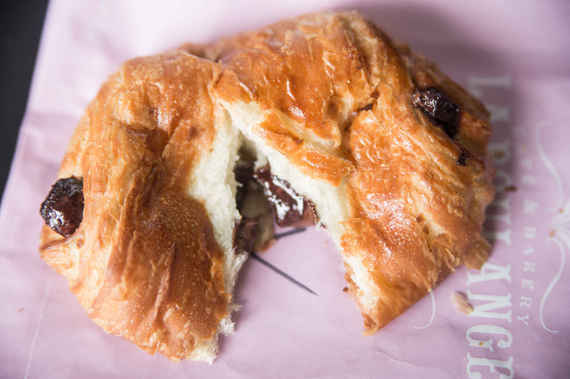 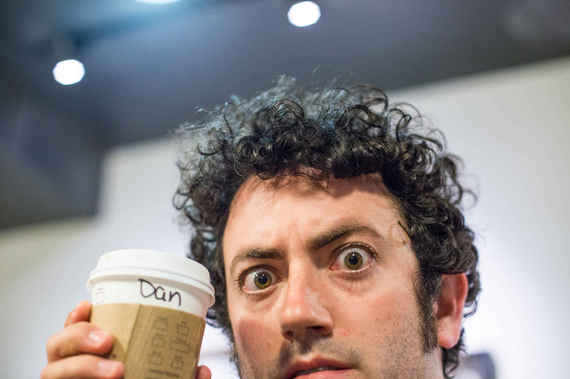 Spoiler alert: I'm still alive! I didn't have a manic episode from mainlining caffeine or bleed out of my ears from all the Ella Fitzgerald, and I only pulled out a few tufts of hair. Even if it slightly resembled the third layer of hell (gluttony!), this wasn't a coal mine, it was America's Living Room (tm!). My soft torture went unnoticed by the busy employees until around 9pm, at which point the Manager On Duty and I played a nice little chess match of how many San Pellegrinos I could order with a straight face (five!). But true to the company line of relentless friendliness, I was never confronted.

Even though I lived to tell the tale, I wouldn't wish this punishment on even my worse enemies. So instead of tiring you with a minute-by-minute account of my descent into 'Buck(s) wildness, I've summed up the experience in these simple lessons, which I lovingly refer to as Pike's Proverbs. 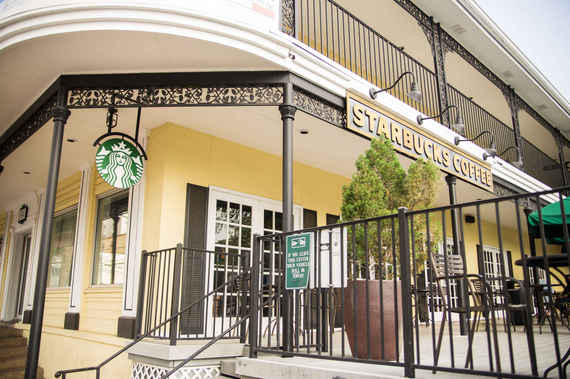 There is no average Starbucks
Like caffeinated snowflakes, every Starbucks is different. My local shop with the longest hours happened to be next to the University of Texas, with a revolving door of sorority girls in yoga pants that reminded me that youth is not wasted on guys who are better at talking to women than me. If you're curious how these women age, I'd suggest checking the closest suburban location.

Everyone knows your name
The greatest trick Starbucks has up its sleeve is writing your name (incorrectly)... on its sleeves. When I first stepped in the door and ordered a tall Pike's Place, I told the joy-filled baristas my real name, like an idiot. There was no way to hide: every hour I was forced to reintroduce myself. It personalized what would otherwise be the most generic purchase a middle-class human can possibly make and endears every store to you as if it were your regular neighborhood haunt.

Even though they'd written "Dan" more times in one day than I have since high school, regular shift changes and the relentless procession of coeds kept the baristas from paying attention to me until later in the evening, at which point the Manager On Duty did a very polite job of ignoring how bloodshot my eyes were.

There is no coffee like Starbucks coffee
For me, Starbucks has fueled many a road trip drive through barren espresso deserts, and its reserve roastery in Seattle blew my fragile mind-grapes. After drinking five coffee drinks in such close succession, I came to realize that the bold flavors in its always-dark roast are so carefully dialed in that its coffee is in a class of its own. You can taste thick, smoky strokes of chocolate and caramel in there, but the primary flavor note is simply Starbucks. 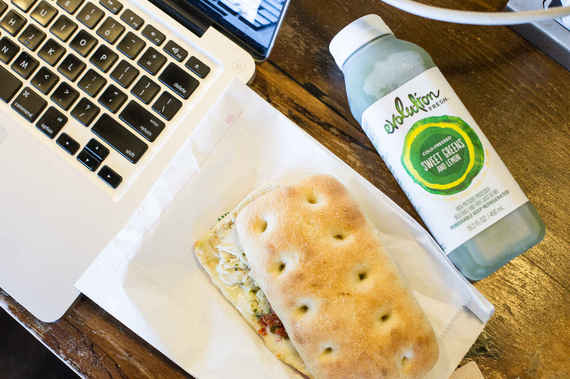 Everything is roasted dark, including the sandwiches
Around 2pm, a strange flavor synesthesia overtook me and I realized that everything was tasting the same. My panini wasn't that that different from a pumpkin spice latte. The mozz mimicked the milk's sweetness, the turkey played the savory role, and the pesto and sun-dried tomatoes served as the pumpkin spice. Even the bacon in the breakfast sandwich was double-smoked to match the darker roasts. Either that, or I was coming unglued.

The secret ingredient is indulgence
After watching hundreds of people queue up for various flavors of -uccinos, it became clear that their excitement was very different from my normal neighborhood shop. Coffee might be what's on the menu, but Starbucks is really selling warm, fuzzy feels.

That indulgence is unique among other food-/drink-based significations of status and wealth because it's so familiar and without any leanings of pretension or intimidation. It's impossible not to feel like you're giving yourself a present, and everyone with $3 is invited to treat themselves.

It brings families together
My sister and her toddler Josh unexpectedly called me via Facetime around noon, by which point I was a little loopy but still able to converse with other humans. She saw a Facebook post about my latest poor decision and figured I had plenty of time to talk.

We have a good relationship, but lead very different lifestyles (she's a mom of two and I'm an idiot who does things like this). We don't talk regularly, and a random Facetime call on a Monday was unprecedented. Something compelled her to call me out of the blue, and that something was Starbucks. I was in a place where she feels welcome to drop right in without knocking.

I don't think she would have called if I had been in cafe full of mismatched tables and tattooed graphic designers. The 'Buck is a club that most people want to join, even though it'll happily have them as a member regardless of whether their laptop is still running Windows 95.

To learn all about the other 8 valuable lessons, get the full story at Thrillist.com!

The 21 Best Plates of Pancakes in America

13 Regional Breakfast Chains That Should Be Everywhere