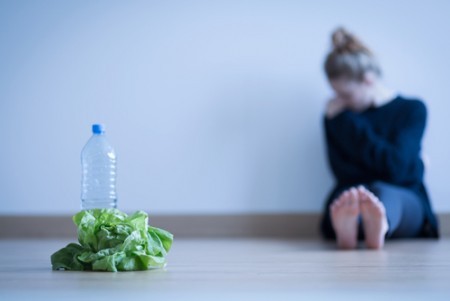 From the steady stream of diet advertisements on TV, to the calorie counts on menus at restaurants, our diet and fitness-obsessed world is a complicated climate for those who are in recovery from an eating disorder.

While it is impossible to completely eliminate diet culture from one's life, there are steps that individuals who are struggling can take to distance themselves from negative media messages.

It is generally a good rule of thumb to avoid making any comments about the person's weight, body, or appearance. Someone with an eating disorder is usually entrenched in negative thoughts about their weight and body. Therefore, it can be helpful to pay them a compliment that has nothing to do with their outward appearance. A more helpful statement might be, "You look much happier," or "You seem to be more at peace with yourself."

Telling someone that they look too thin may be exactly what their eating disorder voice wants to hear. Understand that often there is no weight that their eating disorder voice will deem to be "too thin." A more helpful statement could be one where you point out your concern over the person's behaviors and how it is impacting their life, rather than focusing on their weight.

3. You don't look like you have an eating disorder.

An eating disorder is a mental illness, and therefore it is impossible to determine someone's level of suffering based upon their physical appearance. Everyone who is struggling with an eating disorder deserves to seek treatment, regardless of his or her weight.

4. I need to lose some weight.

Engaging with your loved one in "fat talk" or a discussion about your latest diet program is counterproductive and may also be highly triggering. Discussing how you are on a low-carb diet with someone who has an eating disorder is akin to talking about your drinking binge with a person who is recovering from alcoholism.

Instead, try to engage in discussions with the person about things that are unrelated to food, weight, and exercise. The person likely already spends a huge amount of time thinking about these topics and could probably use a mental break.

5. I wish I had your willpower.

Eating disorders are not about willpower, and they are not a choice. No one would choose to watch in terror as their hair falls out, to lose their friends because they cannot go out to eat, to exercise despite physical pain, or to binge eat until they feel like they are going to explode. If you find yourself wanting to make this kind of statement, I would encourage you to educate yourself on eating disorders and the devastating impact that they can have on people's lives.

Try to express to the person that you understand they are not choosing to feel and behave this way. However, they can choose to work towards recovery, and you are here to support them every step of the way.

Rather than shaming them, encourage the person to seek professional help from a therapist, psychiatrist, or nutritionist -- preferably one who specializes in eating disorders.

If we can begin to eradicate some of the triggering and unhelpful comments that are made to those with eating disorders, we can fight back against the misconceptions and stigma that surround this deadly illness. Rebecca Perkins, a blogger, expressed her thoughts on supporting a loved one with an eating disorder when she stated,

"One of the hardest issues I had to deal with was recognizing and understanding that I couldn't fix her. I couldn't make her better ... This illness was hers, not mine. She had to want to heal herself. In a way, I had to watch events unfold and be there with unconditional love for her at all times. When the rage came I stood and took the full force. When the tears came I sat and comforted ... When the fear came I held her in my arms."

This article was previously featured on TheProjectHeal.org