For the first few months I was dating my now-husband, Tom, I’d wear normal civilian outfits when he came to my apartment, like pants and a clean shirt. Then one Saturday, I couldn’t maintain the charade any longer, and swung open the door, clad in the outfit I actually wear around the house: a mangy black sweater that resembles a deflated Muppet; ancient, saggy black sweats spangled with bleach stains; and something called Socks to Stay Home In, a gift from my mother, which are just as sexy as they sound.

”Hi,” Tom said uncertainly, hesitating at the door. A very formal dresser, he does not own a pair of sweatpants. “Is this...is this a bad time?”

”Nope,” I said cheerfully. I reasoned it was, in fact, a good time for him to know precisely what he was in for.

I should say that when he cautiously—and symbolically—stepped through the door of my apartment, this was not even the time I can’t believe he stayed with me. It was during his next visit, when he saw with dismay that I was wearing the same outfit. It was then that he knew: My Recently Discharged look wasn’t going away. Ever.

If we visit my parents in New Jersey, Tom barely has his coat off before my father is asking to “borrow him for a quick second.” Then, he is pulled into my parents’ den to tinker with their various accounts, and tackle issues such as “Why does that darn ad follow me around on Facebook?” And, “Why do I have to listen to different artists on Spotify when I only want to hear Josh Groban?”

Recently, my parents have begun to phone Tom at home with additional queries. “It’s my dad,” I whispered one Saturday, handing him the receiver. “He just has a quick question.” That was the moment that grim comprehension flickered across Tom’s face, as he realized that, because technology is always changing, he would be receiving these calls for as long as my parents remain on earth. Furthermore, with my parents, there is no such thing as a “quick question.” Instead, it typically goes like this:

Dad: Did you get my email? I think the photos we send from our phone are blurry. Is the photo I attached blurry?

Tom: I don’t see anything.

Dad: Well, it takes awhile to show up. I sent it about 15 minutes ago to your AOL account.

Dad: All righty, I just sent it to Gmail. I think! Do you see it?

Tom: But, Jay, that mail should show up pretty much instantly. It’s not the Pony Express. See, it’s—

When He Witnessed My Worst Meltdown Ever

A few months after the arrival of our new baby, I asked Tom to do the dishes after I had made what I felt was a very nice dinner of spaghetti Bolognese.

“Later,” he said, plopping on the couch and pulling out his phone. “Let’s just let them soak.”

Well. The phrase “let them soak” just unhinged something deep inside of me. Granted, at the time, I was deranged from hormonal changes and sleep deprivation, but I was suddenly filled with rage. Tom said later that in 10 years of marriage, he had never seen my face turn that particular shade of purple.

I can’t remember exactly what I yelled, but the expletive-laden gist of it went something like this: “For women, there is no ‘later’! You men treat everything like it’s an option! When you put things off, the pile of crap I have to do just gets bigger!”

I do recall yelling incoherently at the end of my tirade, “You just want to let the whole world soak! Women can’t...can’t not let it soak!” Then, I collapsed into hysterical sobs. At which point he gently led me to bed, and then quietly did the dishes.

When He Saw Me Dance for the First Time

When My New Mom Friends Descended on Our House

As our daughter grew, I fell into a raucous group of mom friends. One day, I told Tom I was going to host a playdate at our apartment, and he nodded absently.

However, he snapped to attention as the moms and kids piled into our house. He quickly discerned that after the kids were stashed in my daughter’s bedroom, it was the moms who planned on doing most of the playing. These gals were wiping noses all day, and they were ready to get loose! It was like having the suburban versions of Melissa McCarthy and Leslie Jones in your living room.

Tom had never seen this side of his wife. He tried hiding out in our bedroom, but in our small apartment, you can still hear everything. They—no, I have to own it, we—rooted through the fridge to unearth the craft beer Tom had stashed in the back. We made vulgar jokes about how Bruce Springsteen may be 67, but we’d “definitely hit that.” We had loud and incredibly detailed conversations about hair removal.

After a few hours, Tom was visibly twitching and sent me pointed looks when he emerged from the bedroom that said, “When the hell are they going?”

He brightened when my friends called to their kids playing in the bedroom, “Five more minutes, okay? Seriously. I mean it.”

Then, they found the Pinot.

When I Revealed the Full Extent of My Germophobia, Neat Freakiness and Recycling Mania

One afternoon, Tom looked on with alarm as I jammed a perfectly good pillow into the trash.

He asked what I was doing. I told him I had just read an article that pillows are filled with dead dust mites, which sent me to a bad place. The queasy expression on his face clearly read, “Is this going to be a problem?”

I’m afraid it is. If Tom wants to let the whole world soak, I want to declutter, straighten and sterilize the whole world. I’m the sort of carefree, fun person who buys hospital-grade alcohol wipes called Sani-Hands in bulk, even as the rational corner of my brain knows that my puny attempts to rid my environment of microbes are ultimately futile. The moment Tom puts down an empty can of seltzer or a section of the newspaper, I race over and whisk it into to the recycling bin. My idea of a good time is to fussily arrange my closet, folding sweaters with Gap precision.

Yet happily, despite this foible and many others that continue to be revealed, my husband has made the decision, over and over again, to stay. We all know it’s important to actively look for the good in relationships, but I think it’s just as crucial to be willfully oblivious. As Ben Franklin wrote in Poor Richard’s Almanack, “Keep your eyes wide open before marriage, and half shut afterwards.”

Jancee Dunn is the author of How Not to Hate Your Husband After Kids, the novel Don’t You Forget About Me and the memoir But Enough About Me. 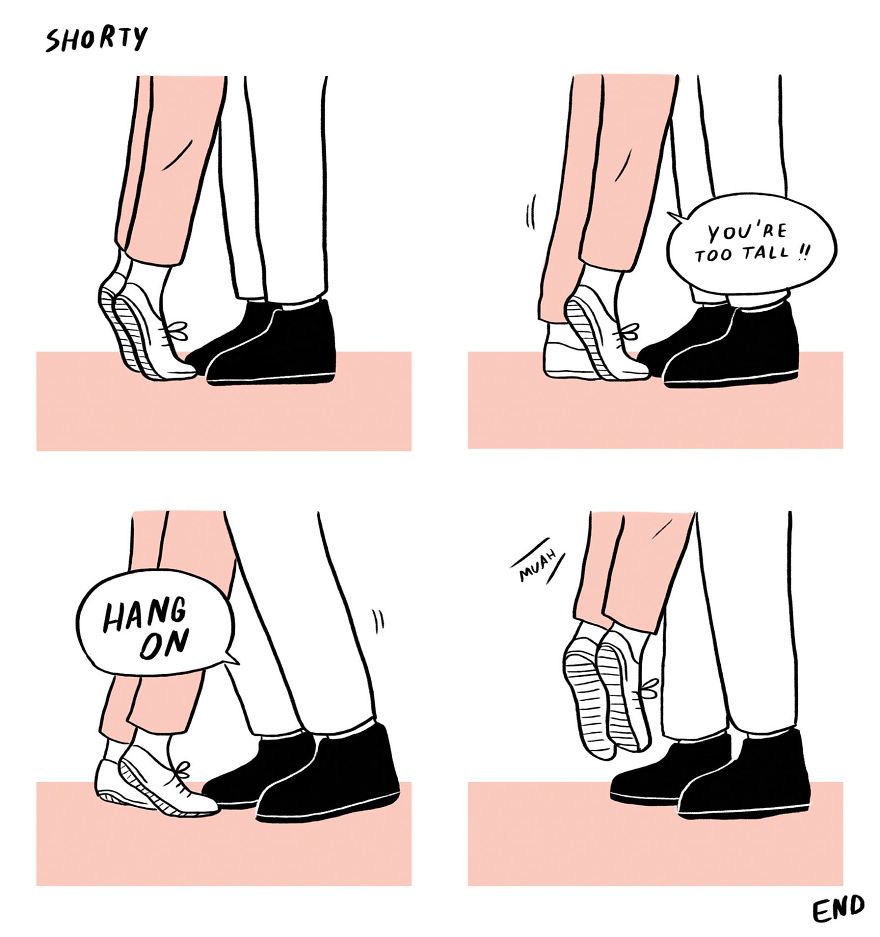