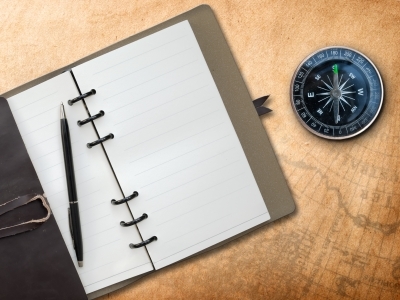 Whether you curl up with memoirs on a frequent basis or pick one up every now and again, you know powerful memoirs have the capacity to take you, as a reader, for an exhilarating ride.

I'm a connoisseur of memoirs. In the past seven years, I might have read three books that weren't part of the memoir genre. Not only do I devour memoirs, I also have written my own, and I coach memoir writers on turning their memories into manuscripts.

By dissecting memoirs from both the reader's and writer's perspectives, I've identified common elements that powerful, compelling memoirs all share. If you're planning to write a memoir, here's how to make sure your story takes your readers on a journey they won't forget.

1. Narrow your focus
Your memoir should be written as if the entire book is a snapshot of one theme of your life. Or consider it a pie, where your life represents the whole pie, and you are writing a book about a teeny-tiny sliver.

Your memoir is not an autobiography. The difference is that an autobiography spans your entire life, and a memoir focuses on one particular moment or series of moments around a theme. You want your readers to walk away knowing you, and that one experience, on a much deeper level.

Perhaps you are familiar with Angela's Ashes by Frank McCourt. This memoir focuses on Frank's life as a first-generation immigrant child in Brooklyn. Angela is his mother, and much of the storyline focuses on her and how Frank saw her, as well as the role she played in trying to hold the entire family together.

2. Include more than just your story
I know I just instructed you to narrow down your focus, but we need to think bigger in our writing pursuits.

For example, if Hillary Clinton wrote a memoir about raising a child in the White House, she would be pulling in tidbits about how she handled the media, who she let visit her daughter during sleepovers, and how she navigated the politics of parenting during her time in the White House.

Likewise, if Madonna was writing a memoir about reinventing herself after 20 years away from the public spotlight, she most likely would include what it felt like to return to the music scene and how she continued to travel and perform while raising her children.

How does this apply to you? Imagine you are writing a memoir about your three-week trek through the Himalayan Mountains. While the focus is on your trip, as well as what you learned about yourself along the way, it would be wise to include other details as well.

You could describe the geography and history of the area, share interesting snippets about the people and donkeys you interacted with, and discuss your exploration of life-and-death questions as you progressed along your arduous journey.

Your readers want to know about you, but it's the backstory and vivid details that make for a powerful memoir.

3. Tell the truth
One of the best ways to write a powerful memoir is to be honest and genuine. This is often tricky, because we don't want to hurt or upset the people (our family and friends!) we've written into our books. But it's important that you tell the truth -- even if it makes your journey as an author more difficult.

When I wrote my memoir, Breaking the Silence: My Final Forty Days as a Public School Teacher, I knew I had a major dilemma: If I opted to tell the whole truth, I would pretty much ensure I would never get a job with New York City Public Schools again.

But I also knew teachers, parents and administrators needed to hear why great teachers are leaving education in droves and why the current educational system is not doing what's right for our nation's kids. I wrote my book with brutal honesty, and it has paid off with my readers -- and is bringing national attention to what is happening behind closed school doors.

One more note on honesty: Memoirs explore the concept of truth as seen through your eyes. Don't write in a snarky manner or with a bitter tone. The motivation for writing a memoir shouldn't be to exact revenge or whine or seek forgiveness; it should simply be to share your experience.

Don't exaggerate or bend the truth in your memoir. Your story, the unique one that you hold and cherish, is enough. There is no need to fabricate or embellish.

4. Put your readers in your shoes
Powerful writers show, not tell. And for a memoir writer, this is essential to your success, because you must invite your reader into your perspective so she can draw her own conclusions.

The best way to do this is to unfold the story before your reader's eyes by using vivid language that helps him visualize each scene.

Perhaps you want to explain that your aunt was a "raging alcoholic." If you say this directly, your description will likely come across as judgmental and critical. Instead, paint a picture for your audience so they come to this conclusion on their own. You might write something like this:
"Vodka bottles littered her bedroom, and I had learned, the hard way, not to knock on her door until well after noon. Most days she didn't emerge into our living quarters until closer to sunset, and I would read her facial expression to gauge whether or not I should inquire about money -- just so I could eat one meal before bedtime."

5. Employ elements of fiction to bring your story to life
I like to think of the people in memoirs as characters. A great memoir pulls you into their lives: what they struggle with, what they are successful at and what they wonder about.

Many of the best memoir writers focus on a few key characteristics of their characters, allowing the reader to get to know each one in depth. Your readers must be able to love your characters or hate them, and you can't do that by providing too much detail.

Introduce intriguing setting details and develop a captivating plot from your story. Show your readers the locations you describe and evoke emotions within them. They need to experience your story, almost as if is was their own.

6. Create an emotional journey
Don't aim to knock your readers' socks off. Knock off their pants, shirt, shoes and underwear too! Leave your readers with their mouths open in awe, or laughing hysterically, or crying tears of sympathy and sadness -- or all three.

Take them on an emotional journey which will provoke them to read the next chapter, wonder about you well after they finish the last page, and tell their friends and colleagues about your book. The best way to evoke these feelings in your readers is to connect your emotions, as the protagonist, with pivotal events happening throughout your narrative arc.

Most of us are familiar with the narrative arc. In school, our teachers used to draw a "mountain" and once we reached the precipice, we were to fill in the climatic point of the book or story. Your memoir is no different: You need to create enough tension to shape your overall story, as well as each individual chapter, with that narrative arc.

That moment when you realized your husband had an affair? Don't just say you were sad, angry or devastated. Instead, you might say something like:
"I learned of my husband's affair when the February bank statements arrived and I realized that in one month's time, he had purchased a ring and two massages at a high-end spa. Those gifts weren't mine. He was using our money to woo another lady and build a new life. I curled up in a ball and wept for three hours -- I had been demoted to the other woman."

Will you write a memoir?
When you follow these guidelines while writing your memoir, you will captivate your audience and leave them begging for more. But more importantly, you will share your own authentic story with the world.

Image courtesy of nuttakit at FreeDigitalPhotos.net