All startups are hard. At the Ivy Oasis How to Build a Strong Start-Up event at Columbia University several speakers made this clear. Despite the sex appeal many attach to being the founder of a tech startup, the reality is that it's stressful and exhausting. I spoke at two International Business Classes this week at the University of Colorado's Leeds School of Business on what it takes to be a successful global entrepreneur. Here is what I said. 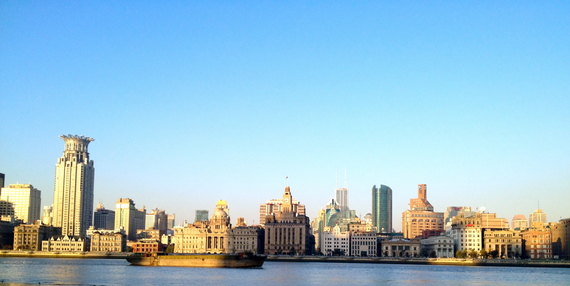 Building any startup is tremendously difficult. Building a successful multi-national one is that much harder. Why? You don't know the language and culture of the place you're doing business in. I know Chinese business culture. I didn't know Mexican, Brazilian, and even US culture after 8 years living in China. When we started in 2011, China was easy. I knew the language and had a great partner. Where I got in trouble was in Brazil and the US, I didn't know the business landscape.

Be ready to fail, and be able to accept it. The saying "plan for the worst and hope for the best" applies here. The likelihood of failure is high and you must assess the risks before jumping in. Never tie your identity to the success of your business. I've lost friends (not in the sense that they died) over failed startups. Friends that had previously built strong companies and sold them off for hundreds of millions. When their new company failed they were ashamed, embarrassed, and depressed. They fell into a downward spiral and are now addicted to drugs alcohol. They became toxic people. Don't let that happen, you are not your business. Even if your company fails, you're a success for being brave enough to put yourself out there and do something that 99% of the population is too scared to do. Don't let that 99% judge you, you'll live to fight another day.

Know the language AND the culture. In order to succeed you need to learn the language and culture of the countries you operate in. It's hard but not impossible to do this and it is a necessity. I learned Mandarin and know China, but I can't speak Portuguese and Spanish, I don't know those cultures and was arrogant going in (don't be arrogant...you'll be humbled quickly). I failed several times in the setup of those offices. I was finally successful when I found people that I could trust who did know the language and culture. In Brazil I owe a lot to Lidi Albuquerque and Georgia Nomi who have helped me build, manage, and grow our Brazilian Portuguese program into a powerhouse.

Treat your people right. If you treat your employees with the respect they deserve they will literally run through brick walls for you. I've seen way too many American companies go into these countries and disrespect their employees because their English wasn't good enough. Guess what, they're English is much better than your Chinese, Spanish, or Portuguese.

If you can't give a raise or bonuses be creative. BRIC couldn't do that this year, we're putting everything we're making back into the business to sustain growth. Instead we bought boxes of wine from a vineyard in Italy that doesn't sell except to private buyers. Our staff was ecstatic. This was something they could show off to their friends and family. We're also paying for transportation to Boston and hotels for our staff to attend my wedding. Do these types of things on top of being generous financially and you've the beginnings of a juggernaut. Treat people right and they'll treat you right back.

Don't be afraid to be wrong. I give a ton of credit to my people. I completely disagreed with my staff in China 80% of the time when we first started. I was going into a business I knew little about, I had spent my career in manufacturing and now I was in e-learning. We did it their way; we were so much better off for it. If you listen to the people around you, who know the local landscape before making a decision you will be better off. BRIC wouldn't exist today without the help of my partner in China.

Have a strategy but be able to change course. We started out going for the masses. My mistake. I heard the term SEO for the first time in 2011 when I moved from Shanghai to NYC, I didn't know the local landscape in my home country. I had no idea how difficult that would be. We quickly started using our connections in the corporate world to go after Fortune 1000 corporate clients and that "pivot" has put us in a great position today.

I will expound on all of these in the coming weeks with personal examples from my life as a global entrepreneur. I've failed more times than I care to explain, but that's exactly what I'm going to do. So that you aspiring global entrepreneurs can avoid the pitfalls I've experienced. You'll have enough of your own.

It is not impossible to succeed globally as a startup. It takes intestinal fortitude, determination, and cultural insight the big boys don't have. There are reasons that Best Buy, Mattel, eBay and others have failed overseas. They aren't quick enough to adapt to local customs. If you're a startup going global know the culture. That's your advantage, use it. By the time the big guys notice you it'll be too late.