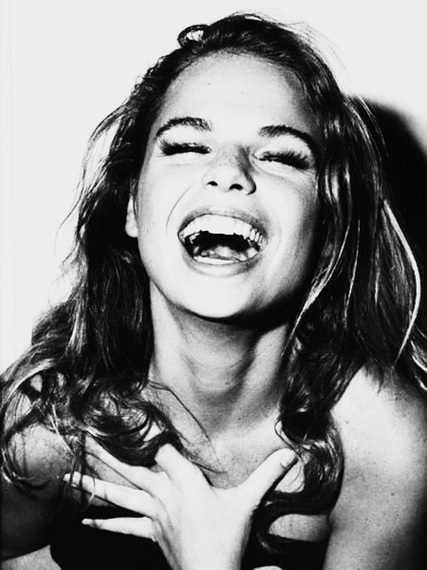 Close your eyes and imagine the first word that comes to mind when you hear good girl. In our society, a good girl is generally not as popular as she should be because truthfully, she is hardly ever represented in all of her magnificent glory. Our generation is characterized by game-changers, so let us join hands to flip the script by recognizing, honoring and popularizing her in our mainstream culture, because it is high time that we, as a community, embraced the intrinsic power of identifying as a member of the good girls club. I am incredibly excited to read through the diary of a good girl together with you and share her top six most precious truths.

She prides herself on nurturing a very high self-worth and will never sacrifice her morals to win.

A good girl is proud of her many accomplishments, but she also highly values her depth of character and strong sense of integrity. She truly believes that she deserves the very best in life, and strives to match her work ethic accordingly. In the hectic race of life, although she has incredibly high aspirations, she would never compromise on her morals or personal beliefs to win. In fact, a good girl may even slightly alter her course if she recognizes that the path she is currently on conflicts with her closely held personal beliefs.

She loves her own company, and recognizes the difference between being alone and being lonely.

The distinction between being alone and being lonely is interesting, because on the surface both concepts appear to be the same. However, this could not be further from the truth. A good girl thoroughly enjoys her own company, because she has evolved as a human being so much so that she is very much friends with herself. In addition, her authenticity enables her to differentiate between the feelings of being alone and being lonely. While she may voluntarily choose to be alone at times, she realizes that she is never ever lonely.

She believes in the purity of her own soul and identifies the goodness of spirit in each person.

A pure heart and soul characterize a good girl. In her effort to brighten our world, she prefers to focus only on the positive spirit in each person. There is something we could all learn from the good girl, because she highlights the goodness in people, instead of highlighting the negatives. In fact, this is a life lesson as well, since we always have a choice to offset reality by choosing to focus on the brighter side. Her purity of character and soul shine through, and attract people from all over the world to her radiant aura and glow.

She empowers herself and those around her to achieve their ultimate potential each and every day.

This type of girl is incredibly self-empowered, because she has learned that true power is cultivated from within. In her effort to build up those around her, she has first undertaken a journey of self-empowerment through motivational self-talk, creation of visions and ultimately, an overwhelming desire to prove her worth to herself. She believes that the world is significantly more robust when each person is empowered from within to achieve their fullest potential, and seeks to constantly empower others.

She trusts her ability to treat people from all walks of life with dignity, respect and above all, honor.

A good girl is in a league of her own because not only does she understand the value of treating those from all walks of life with dignity, she practices what she preaches by respecting each and every person she meets. She considers it one of her life's missions to personify goodness in her actions, and she is a true purveyor of authenticity through each day of life. It is critically important that each person feel valued, and a good girl accomplishes this mission and more by serving as a role model via her actions and behavior.

She fears that she may be boring, but realizes that in the end, good girls are some of the most fun and most popular in the entire world!

Her deepest fear is that she may be boring, but the reality is that her purity of heart and positively radiant personality draw in the world. She wears a halo, and people are attracted to her spirit, authenticity, genuineness and radiance. The truth is that today, a good girl is sophisticated, chic, highly educated, self-empowered and beautiful with a very strong sense of self, morals and character. The truth is also that she will continue to reign as one of the most fun and most popular girls in the world!

I am incredibly proud to be a good girl. Are you?