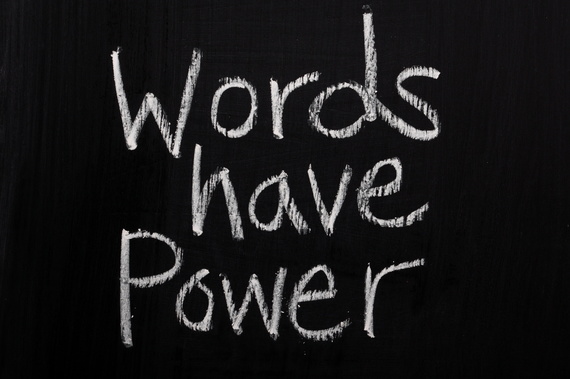 Glass half-empty or half-full? Does it really matter? As it turns out, it does matter how you explain that glass and the world around you. Those who explain things one way tend to be better salespeople, have less depression and are more motivated than those who see things the opposite way. The good news is that if you can recognize your language pattern, you can do something about it and change how you respond.

It's about a thing called your explanatory style, and Dr. Martin E.P. Seligman has conducted studies that prove that optimistic explanations get you the good stuff, while pessimistic ones will often end exactly how you predict them to--badly. Here are a few things essential to understanding the science around explanatory style:

2. The optimist with high reality testing is a gold mine. Optimism is not about fooling yourself and being all rosy; it is about seeing options to reality--i.e., being an "optionist." That requires having a good lock on what is actually happening. To be a successful optimist, you must also have an accurate barometer on reality. If you are correct about reality, you can become an excellent "optionist." Most people think of optimists as flaky nonrealists, which they can be if their perception of reality is distorted. If you are an optimist based in realism, you are statistically more likely to make more money.

4. There is nothing wrong with being a pessimist. If your job requires high accuracy, pessimism may actually benefit you. Look out for what I explain in the next bullet before you succumb to pessimism, though.

5. Pessimists are more likely to become depressed than their optimistic counterparts. If an optimist loses a job, their average time to bounce back is significantly shorter than a pessimist's.

6. Optimists keep moving forward because they believe there are options. Pessimists don't usually persist in the face of setbacks and can be prone to inertia. When salespeople are rejected again and again, it is the optimist who makes another phone call while the pessimist gets down in the mouth and gives up.

You're probably wondering how you go from being a pessimist to an optimist. The fix itself is simple to understand but can be difficult to execute because you've been practicing your explanatory style for a lifetime. It's going to take a lot of dedication, a hyper-awareness of how you explain events--primarily bad ones--and a willingness to accept that maybe you are a big negative thinker who has gotten by because you keep a smile plastered on your face while predicting the end of the world. It's time to get over that and get more out of life and work.
When bad events happen, pessimists tend to explain the calamity as:

Permanent --Behind on earnings: "We're never going to hit our numbers." The pessimist believes that he's hit the iceberg, so the team is doomed. There is no point in problem-solving at this point, since the ship is going down anyway.

Pervasive --Mad at your accountant: "Accountants are such losers." This is the tendency to explain all people or things in a category as bad if only one is bad.

A little tweak in explanatory style when bad things happen and you become an optimist:

Temporary --Behind on earnings: "This is a bad quarter, but next quarter we have a few things in the pipeline to make up for this quarter." The optimist looks for options when things are bad, making the situation a temporary negative. This keeps them and others motivated.

Specific --Mad at your accountant: "I need to get a new accountant. This one's not working out." The optimist doesn't throw all bad people and things into the same category. They are specific about who or what is bad, and then they go find a good one.

In short, you're more pessimistic if, when something negative happens, you believe that there are no other options (permanence) or that since there is one rotten apple, all of them are rotten (pervasiveness). It doesn't take much to see that a pessimist can get depressed in a big hurry with that kind of explanatory style. You can also see how it probably leads to inertia.

The opposite explanation style is found when good events happen. Pessimists think that if something good happens, it's temporary, explaining that the stars aligned perfectly and probably won't do so again in our lifetime. On the other hand, optimists are more permanent when explaining good events. They believe that good happens because they have the right ingredients to create that positive event every time. Pessimists are specific about explaining the reason for good events, and when bad things occur, they believe it is pervasive.

It is a choice you get to make. If you don't think you have a choice, you're exactly right. Enjoy the misery of it all.