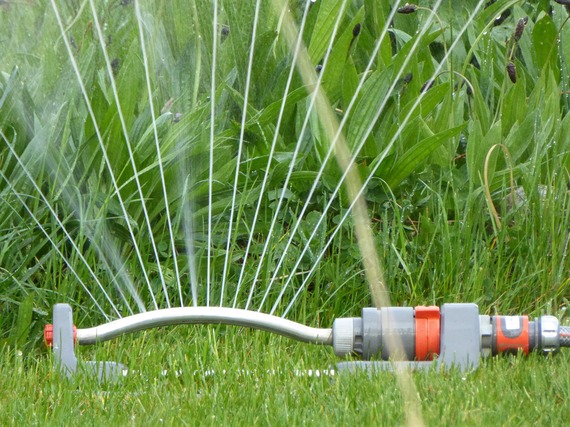 It's coming. Perhaps the balmy weather has tipped you off already, or maybe it's the deluge of end-of-year parties/shows/requests-for-making-brownies-for-yet-another-farewell-event. However the awareness descended upon you, Summer, much like Game of Thrones' Winter, is coming.

Which means you - the parent, and statistically probably a female parent - will soon be in charge of the daily structure of anywhere between 1-4 children. I'm putting the cap at 4 because if you have more children than that, the oldest should really be babysitting by now.

But don't panic. I'm here to help you prepare for 10-11 weeks with your children. Follow these steps for a stress-free yet stimulating summer with your smallest loved ones. Here are 6 Ways to Prepare for Summer with Your Kids.

1. Wonder about the Convention of Summer Vacation

Start with reviewing the origins of the lengthy summer break. According to NPR, contrary to popular belief summer vacation does not have its roots in farming culture, because children of farmers would have been needed mostly in the springtime when crops were planted and in the fall when crops were harvested. In the mid 19th century, according to NPR, New York City schools were open 248 day a year, as opposed to the 180 days of school we have today. However, because of the heat of summer and the failure of air-conditioners to be invented, families with the means to do so would leave the city. Eventually a school calendar was made to roughly accommodate both rural and urban kids. Only in retrospect, it hasn't actually accommodated anybody, particularly as the schedule assumes there is one parent at home who's available to watch the children.

2. Wonder Even More about the Convention of Summer Vacation


Last week, the New York Times Sunday Review ran an important article about the families who can't afford summer vacation. In addition to the burden of not being able to afford childcare or summer camp, children from low income families experience "summer slide" - the phenomenon of academic loss over the summer break - on a greater scale than other children. So not only is the summer break an inconvenience for all working parents, it's part of a problem that perpetuates an academic gap between students from low income families and their middle class peers.

Given all the negatives, it's worth it to take a moment and paraphrase John Oliver.

Summer Break: How is This Still a Thing?

Let the question light a fire of enthusiasm. Start a campaign! Draft a change.org petition! Get your activism on and strategize how to mobilize the masses against this nutty tradition.

4. Realize that It's Actually Far Too Late to Cancel Summer Vacation

I'm sorry to have to tell you that you're not going to make it. It was a valiant effort but you probably should have started this project in October. Of 2009.

Resistance is futile. You are about to spend every waking hour with your children so just get used to the idea. The good news is that the zeitgeisty strategy these days is to accept what is. Surrender to the chaos that is life and you will be like the waves of the ocean, if the ocean were a thing that complained about being bored all the time and fought with its siblings.

Buy one of those fun sprinklers that twists around. And some bubbles. Also some seeds and flower pots. A little glue and glitter wouldn't hurt. Always have some flour and food coloring around because you never know when homemade playdough will be your salvation. Two words: Garage sale. And remember the phrase "Go Fly a Kite"? It used to mean exactly that. This summer, let's bring it back. Because summer vacation begins in about 7 days, 14 hours and 19 seconds...

Author of 'The Feminist's Guide to Raising a Little Princess'