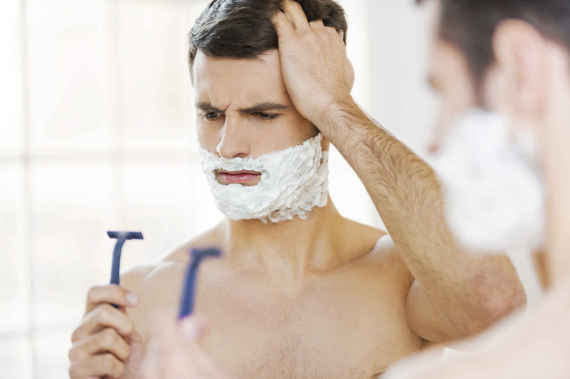 It turns out there's a ton to think about before you drag a razor-sharp, uh, razor across your face. And because I've apparently been shaving wrong my entire life, I decided to speak with Jon Goldmann of the esteemed New York-based grooming company, Harry's to find out the best possible way to get rid of that face-fleece.

Based on our hour-long conversation -- roughly four pages of written notes on shaving -- there's quite a lot that can go wrong, but also, fixing the problem is much easier than you think. With that, here's everything you're doing wrong while shaving, and everything you can do to get better at it.

More: 11 Netflix Tricks You Aren't Using (But Should Be) 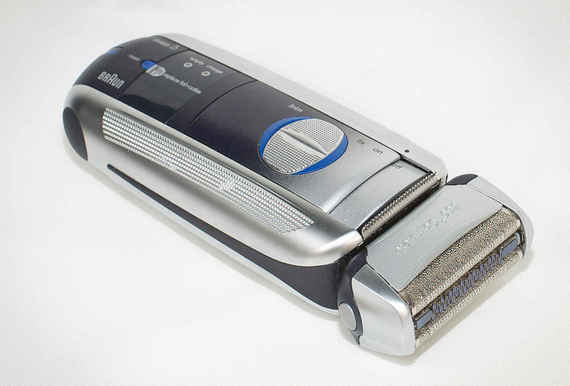 1. You're not shaving before you shave
No, you're not having a stroke, I just said "shave before you shave." This is a lot less complicated than it sounds and should only be used in specific situations. If you have a big bushy beard, it's going to be impossible to shave with a manual razor.

So, before you start anything, buzz off your beard with an electric razor until you essentially have a five o'clock shadow. It will dramatically decrease that uncomfortable "tug and pull" feeling you can from shaving and lead to a way cleaner shave.

2. You're not washing your face before you shave
The best time to shave is right after a shower.

If you're going to use water as a means to soften your whiskers, you need to have enough of it to let the hair soak it up. Jon suggests taking an extra two minutes in the shower to stand under the showerhead and let the water rinse your face. As if two extra minutes in the shower isn't the best way to start your morning. 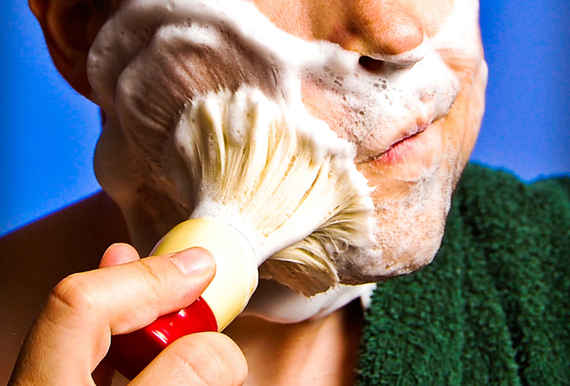 3. You're not opening up your pores
"A razor is sharp. I know that sounds ridiculously obvious, but your face isn't used to that," says Jon, who insists upon the hot towel treatment to allow the razor to more easily glide against your skin. So, what is a hot water treatment? Excellent question.

Take a hand towel, make sure it's clean, and soak it hot water--very hot water. Drape that towel over your face and then basically wait until it cools down. This two minutes of towel time dramatically opens your pores and softens the hair on your face. You can attain the same results by washing your face with hot water, but this is way more fun.

4. You're not using enough shaving cream
Work the lather into your face with small circular motions and don't be afraid to use enough to get good coverage (you should look like a snowman)--don't worry, no one's ever died from using a bit more shaving cream...at least, I don't think. You don't want to see any exposed skin before you drag a razor across your face. A good shaving cream acts as a lubricant that protects your skin from that ridiculously sharp razor you're pulling across your face. 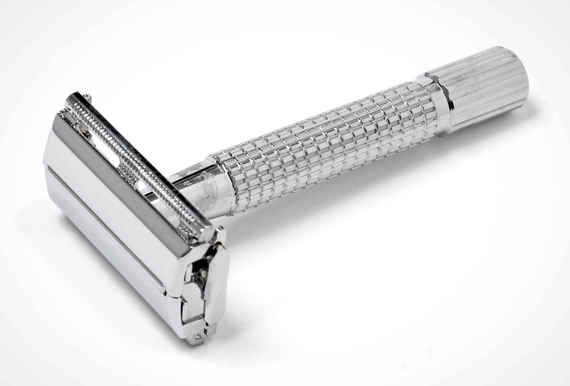 5. You're using the wrong kind of razor
You don't need a vibrating razor and you certainly don't need to buy one of those expensive old-time razors they used back in the early 1900s. "Modern razors are made intentionally idiot-proof, because people who cut themselves make bad repeat customers," says Jon, fully acknowledging his job is to sell razors. "They're made to protect you from yourself, so let the razor do its goddamn job."

Old razors are too heavy, not ergonomic, and frankly not fun to use.

6. You're not mapping out your face
This is probably the biggest mistake men make when they're shaving. "Here's where it falls off the rails," says Jon, "no one knows which way the grain grows." Some people make the assumption that they know where the grain grows. Grain is very, very complicated--akin to those weather maps of wind patterns you see on TV.

There are multiple grains on your face, which can be easily mapped out by simply asking a barber or lightly running your fingers down your beard. If there's little resistance against your fingers, you're going with the grain, if it's prickly and weird--like petting a cat the wrong way--you're going against the grain. Map your face before you shave.

To find out the 6 other ways you're shaving incorrectly, get the full story at Supercompressor.com!

10 Everyday Habits That Will Change Your Life for the Better

17 Genius IKEA Hacks That Will Change Your Apartment Forever