Standing in a South African township a few weeks ago, I allowed myself to absorb what I was seeing and feeling. Of the 1000 youth we'd been invited to deliver our Lead Your Life seminar to, about 50 turned up. The rest of them were still in bed. Endemic drug problems, alcohol problems, up to 33% HIV rates, up to 80% unemployment, and gang led communities -- I breathed in a feeling of hopelessness. Yet these were the children of the same courageous, passionate youth of South Africa who in the late 80's tipped the balance of the hopelessness of apartheid, to a hopeful future of the rainbow nation. What is going on I asked myself? 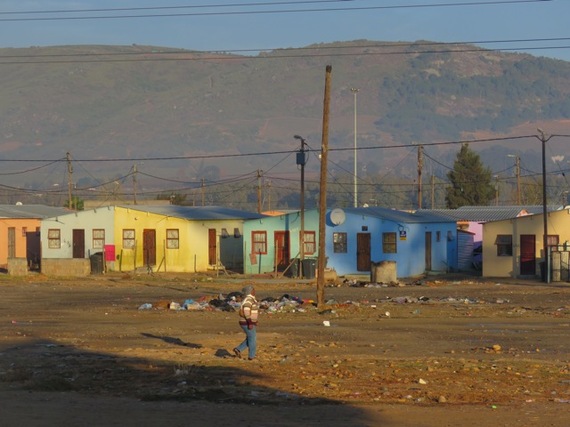 Over 60% of sub Saharan Africa's population is under 25! What do the youth of a continent all have in common? Potential. Not just some vague sort of ideal that we call "potential." There is a story inside of each one of them waiting to be written and it's big and it is hard-wired into their brains to write it. Neuro science has shown that between the ages of 15 - 25 the brain is stripping down and preparing for action for the life that is lying ahead. The young brain is hard-wired to do something wonderful, to make an impact on the world, to be great, to do great, to connect with a much bigger story than just "me." So what happens when a unique 16 year old grows up in some of the worlds most hopeless or vulnerable communities? What we discover is that from mid 20's all that wonderfully positive potential gets cynical, negative, deeply disappointed with themselves and their world. They stay in bed -- literally or metaphorically -- and they find significance in the gangs and street-life.

Emerging Leaders www.emerging-leaders.net started 10 years ago out of a deep passion to liberate the leadership potential of everyone. (Yes, everyone IS a leader at some level of his or her life). Howard Gardner at Harvard said,"Leadership is the ability to create a story that affects the thoughts, feelings and actions of others". Everyone's life is a real story, the issue is "who has got the pen?", because if the young person doesn't have it, then someone else does. The future of the 60% under 25 year old population of sub Saharan Africa isn't neutral -- it's going to be an amazing story or a desperate one.

So far we have trained around 25,000 mainly young people in Africa with an indirect impact of around half a million people. Waking up potential, helping people understand how poverty mindsets keep them small, recovering the authorship of their own life story, learning how to develop leadership mindsets, developing a heart and character that will enable them to write this larger story they aspire to, discovering what the story is that they want to write and then learning how to write it, along with learning how to lead groups, manage their finances and deliver real projects with real outcomes that generate income for themselves, whilst benefiting their community -- this is the work we do. 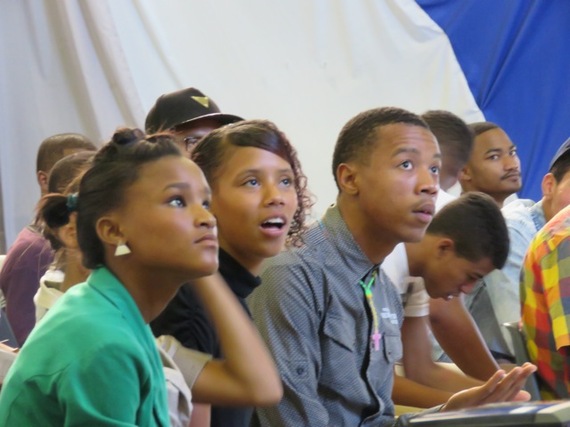 Bringing leadership development to the worlds most vulnerable communities can change everything.

I've just been reading The Short And Tragic Life Of Robert Peace by Jeff Hobbs. Robert Peace, from an extremely challenged community is so bright he gets to Yale University and potentially has the world at his feet and yet he ends up being shot dead in his old community. Why? He said he knew he was brilliant but he never worked out what his bigger story was and so the old story he'd grown up with, his childhood story of hopelessness, won. It took away his pen. Robert Peace is exactly why Emerging Leaders is bringing its trainings in 2016 to the youth of Kenya, South Africa, West Africa, Rwanda and the UK. We are going to catch that window of opportunity for the 60% of under 25's in Sub Saharan Africa and beyond.