Now that a global climate deal has been struck in Paris, it's up to each nation to live up to its commitments. Republicans leaders in Congress have vowed to fight anything to do with climate change. But there are many good reasons smart Republicans should reevaluate their resistance to both science and the global consensus, and in 2016 make climate change a political issue of their own.

Here's seven reasons why Republican politicians could benefit by making climate change a political issue in the 2016 elections:

1. Climate change is an immigration issue.
Climate change will hit the crowded tropics worst. Droughts, floods and severe storms in Mexico, Central America and the Caribbean could cause massive northward migrations on a scale dwarfing what Europe experienced last year. Accepting climate change would help Republicans end the stalemate on illegal immigration and push for a realistic and comprehensive policy that prepares us for the future of mass immigrations. (See my recent blog post, Why Trump's Wall won't Work.

2. Nuclear energy could make a comeback
Republicans could champion nuclear energy as a viable and alternative to fossil fuels in the U.S. Even many environmentalists long opposed to nuclear are conceding nuclear power now has a vital role to play in response to climate change. (See The Guardian)

3. Better alignment with the military
The Department of Defense perceives climate change as a national security threat. DOD sent Congress a report in July 2015 that stated: "DoD recognizes the reality of climate change and the significant risk it pose s to U.S. interests globally... climate change is an urgent and growing threat to our national security, contributing to increased natural disasters, refugee flows, and conflicts over basic resources such as food and water." If Republicans want to maintain their image as a party that values and respects the military, they can't afford to ignore what the generals tell them about climate change.

4. Ending the era of oil will diminish the clout of non-democratic regimes
Venezuela, Russia, Iran, Iraq and Libya are five of the ten nations with the most oil reserves on the planet. (See Gulf Business).In fact Canada and Nigeria are the only two democracies on this list. Overall, a shift to renewables would hurt those nations Republican's perceive as America's foes worse that her friends.

6. Personal integrity
There's much speculation that Republican candidates are taking denier positions on climate change not out of personal conviction, but because fossil fuel companies and billionaires are bankrolling their campaigns. By having to deny both science and the global consensus, Republican politicians have painted themselves into a corner. This is eroding voter perceptions of their personal integrity.

Ironically, Republican presidents have a great history when it comes to the environment. Nixon created the EPA. Teddy Roosevelt started the National Park system. If Republicans owned climate change as their own issue, then they could set the debate on whether government programs and carbon taxes should lead the way, or private enterprise and tax incentives. Isn't that a debate worth having in an election year? 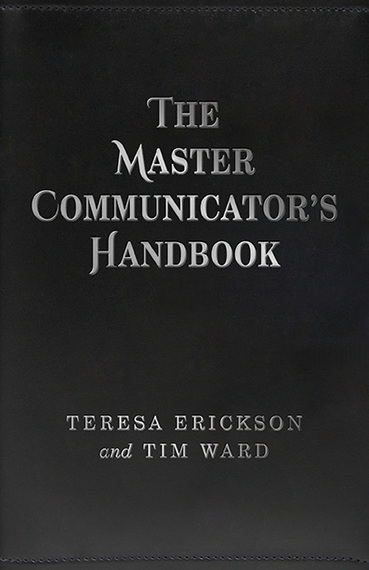 Tim Ward is co-author of The Master Communicator's Handbookhttp://tinyurl.com/oh5d9cl.
"Communications: it's not about output, it's about impact."