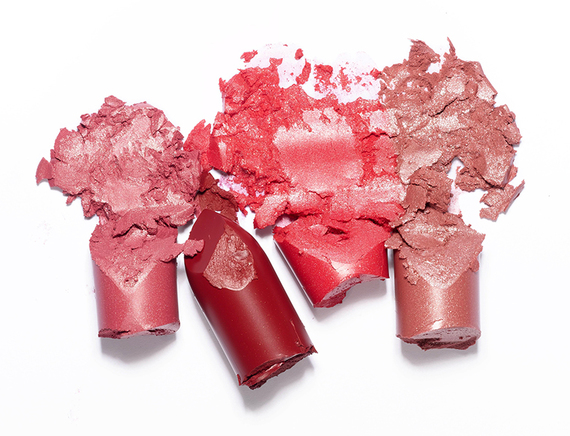 We'll get right to it: Parabens are deadly! Never use sulfates! Aluminum is poison! Anyone who is not Gwyneth Paltrow is going to DIE! OK, maybe it's not quite that dire, but critics of potentially dangerous ingredients are loud--and getting louder. We pored over the studies and data to get to the bottom of the seven most notorious ingredients on the natural-beauty do-not-fly list. Here's what we found.

What they are: A group of preservatives used in many cosmetics to keep them fresh and germ-free (usually listed as methyl-, butyl-, and propyl-paraben on the ingredient list).

The controversy: A 2004 study detected parabens in samples of cancerous breast tissue. Parabens are also known to mimic estrogen in the body, making them a possible hormone disrupter.

The latest news: Parabens are readily absorbed by your body and flushed out, but it's still unclear whether they pose any long-term health risks. One thing that is certain is how we're being exposed to them: A study in the Journal of Exposure Science and Environmental Epidemiology found that pregnant women who used more personal-care products had a higher amount of parabens in their urine; the biggest contributors were lotions, cosmetics, hair gels, and fragrances. The FDA reopened an investigation on parabens in 2005, and came to the same conclusion: Since parabens are typically used in concentrations far below what they deem safe (up to 25 percent is safe; typical levels in products are between 0.01 to 0.3 percent), they don't believe there is enough evidence to be concerned about their use in cosmetics.

What they are: Sulfates are cleansing agents that remove dirt and oil and are responsible for creating lather in shampoos and soaps. There are more than 100 different varieties--some synthetic, others obtained from natural sources, like coconut or palm oils. They can also be derived from sulfur- and petroleum-based products.

The controversy: In addition to prematurely cleansing the dye from your hair, sulfates have been shown to be irritating--though not allergenic--to eyes and skin in some human studies.

The latest news: If you're quitting sulfates for the sake of your hair color, your skin, or the earth, don't worry, the options are plentiful. Sulfate-free shampoos can be found at every price point and for every hair type. Just don't expect a big, foaming, bubbly shampoos--the cleansers in sulfate-free shampoos produce little to no foam.

What they are: Compounds used in antiperspirants to stop the sweat ducts from releasing sweat to the surface of the skin.

The controversy: A 2005 study found that constant application of antiperspirants containing aluminum chloride or aluminum chlorhydrate could be related to an increase in breast cancer cells because of the compounds' ability to mimic estrogen in the body. The study ultimately concluded that more research is needed to understand the long-term effects of aluminum exposure near breast tissue. There has also been a 50-year debate about whether or not aluminum exposure can lead to Alzheimer's, after a study in 1965 found that injecting aluminum into rabbits' brains led to the formation of a protein common with the degenerative disease.

The latest news: The study linking breast cancer to aluminum-based antiperspirants was widely reported--but researchers at the National Cancer Institute and National Institutes of Health have not found any conclusive evidence to date linking aluminum in underarm products to the formation of breast cancer. And while the Alzheimer's Association notes that "studies have failed to show any role for aluminum in causing Alzheimer's," a review published in 2011 in the Journal of Alzheimer's Disease, noted that aluminum "may be the single most aggravating and avoidable factor" related to the disease, and called for more research and studies. While aluminum is generally recognized as safe, there are no solid conclusions about aluminum exposure and Alzheimer's.

What they are: A group of chemicals used in everything from plastics to cosmetics. Often used to keep materials (nail polishes, hair sprays, plastics) pliable.

The controversy: Some studies have suggested that phthalates are hormone disrupters, especially in children and men, and can cause damage to the reproductive system.

The latest news: The effect of long-term phthalate exposure on humans is "not clear," according to the FDA (most studies linking phthalates to reproductive issues have been conducted on animals), but several government agencies are in the process of studying them. The FDA has concluded that there is not enough scientific evidence at the moment to link phthalate use in products to any known health risk. The National Toxicology Program, in last year's 13th Report on Carcinogens, listed Di(2-ethylhexyl) phthalate (usually known as DEHP) as "anticipated to be a human carcinogen." A 2007 study also linked obese or insulin-resistant American men to higher levels of DEHP in their urine. Because of the risks, most major cosmetics companies (Revlon, L'Oréal, Johnson & Johnson, and Unilever) have eliminated phthalates from their products, or are in the process of doing so (Procter & Gamble has eliminated phthalates from "more than 99 percent" of its formulations and will be totally phthalate-free in months, according to Paul Fox, P&G's corporate communications director).

What it is: An antimicrobial chemical found in hand and body soaps and toothpastes.

The controversy: Several studies have linked triclosan to liver fibrosis, cancer, and hormone disruption, as well as to the development of bacterial superbugs. Most of these studies have been done on animals, not humans, but triclosan is known to be absorbed into the body and is traceable in human urine samples.

The latest news: The FDA is currently reviewing the safety of triclosan after several new studies have found troublesome health concerns. The agency also noted that there is no evidence supporting the claim that antibacterial body washes and soaps are any more effective than regular soap and water. In fact, the FDA has asked manufacturers to prove that antibacterial hand soaps and body washes containing the chemical are safe for long-term use and are more effective.

What it is: A mineral powder made from magnesium, silicon, hydrogen, and oxygen. Often used in face powders and eye shadows.

The controversy: Talc that isn't purified can be contaminated with asbestos--a known carcinogen. Studies on asbestos-free talcum powder have been largely inconclusive, but several studies have shown a small link between routine exposure and several cancers: ovarian, lung, and uterine.

The latest news: In 2010, the FDA conducted testing on four samples of talc from cosmetic suppliers and 34 cosmetic products looking for any trace of asbestos contamination. No asbestos were found in any of the samples, though the agency noted that a more comprehensive survey of samples from all talc manufacturers is needed.

What it is: A moisturizing agent sourced from petroleum.

The controversy: Other than the whole petroleum thing, which many people would call an environmental hazard, a 2011 study found mineral oil to be the largest contaminant present in the human body (researchers found about one gram of mineral oil hydrocarbons in each person studied). The study concluded that the presence in human fat tissue is likely due to accumulation over time from cosmetics-based exposure. Plus, untreated or mildly treated mineral oils are listed as a carcinogen by the World Health Organization (the kind found in your moisturizer is not untreated--it's cosmetic grade).

The latest news: There's one thing we do know about mineral oil: It's not as bad for acne-prone skin as previously thought. A 2005 study concluded that the tiny molecular size of the mineral oil used in cosmetics made them noncomedogenic, so they won't clog pores. WHO classifies highly refined mineral oil, the kind used in cosmetics, as group 3 in their list of carcinogens--meaning there isn't enough evidence to consider them entirely safe or unsafe. Mineral oils can easily be replaced by hydrating and soothing pure face oils like argan, chamomile, or grape seed, which are widely available in drugstores and department stores alike.

More from Allure:
Find the Best Haircut for Your Face Shape
7 Weird Tricks for Looking Great in Photos
The 10 Best Drugstore Mascaras Under $20
The 6 Prettiest Haircuts for Long Hair
Celebrity Hairstyles That Will Make You Look 10 Years Younger
51 New Hair Ideas to Try in 2016


Fashion And Beauty Trends To Ditch In 2016
More:
skincarebeauty productsStyleMakeupBeauty