Take that New York Times! The hipster facial hair movement is alive and well, thanks to a little ol' convenience store chain known as 7-Eleven. Heard of it?

All summer long, 7-Eleven is offering Slurpee cups in the shape of mason jars that feature four different types of mustache straws. And they're only 99 cents. 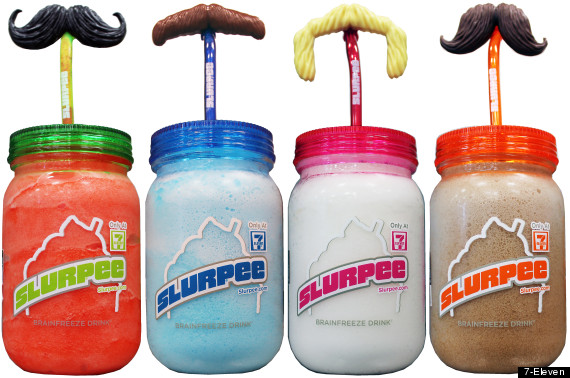 Sure, a less nuanced hipster might see this "on-trend" promotion, as 7-Eleven calls it, as a sign the mustache has officially become passé.

But the forward-thinking hipster, at least two trends ahead of everyone else, knows the promotion only means this is the perfect time to swoop in and start ironically sporting a plastic mason jar Slurpee cup complete with fake handlebar mustache.

For those of you not convinced this 7-Eleven promotion is totally on point, we here at The Huffington Post did a little investigation. The unofficial names for two of the straws are the Hulk Hogan (super-famous wrestler) and the Ron Swanson (character from the NBC sitcom "Parks and Recreation," obviously). But did they nail the looks? 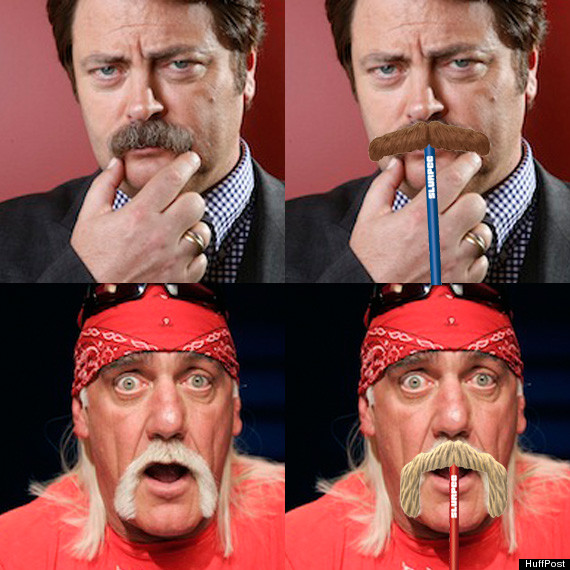 YES, THEY FREAKIN' DID.