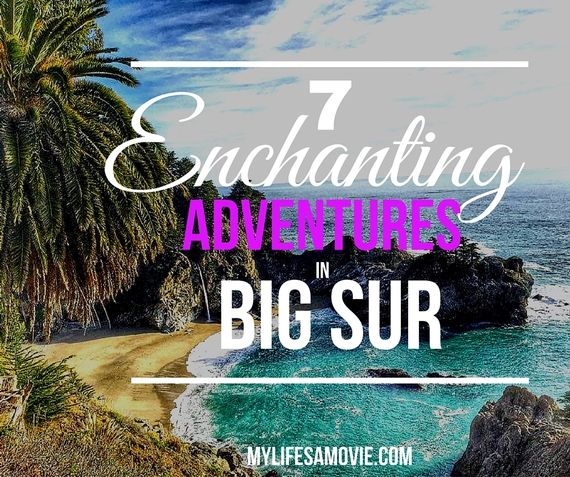 For the majority of the time last weekend, the songs "Into the Woods", and "Are We Out of the Woods Yet" were permanently stuck in my head as I ventured around Big Sur for the first time. Big Sur had been high on my "to-go" list, and finally I made time to do the 5 hour road trip up the California Pacific Coast Highway to go check it out.

In all honestly I was only expecting to see the cool waterfall that spills onto the beach of a sandy nook along the coastline, but once I got there and had to figure out where to camp and whatnot, I discovered there were a lot more enchanting things to do and see!

I mostly found these places by asking locals, so you'll have insider tips that most people don't even know about!

1.Hike to a Hidden Double Waterfall 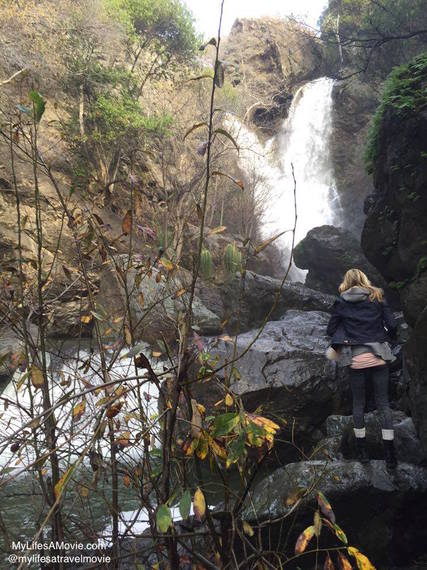 Right before you get into Big Sur, there's a random shoulder on the road where you can park, and a sign for a hiking trail called Salmon Creek Falls. It's a short hike, less than a mile total, and it takes you to this massive double-waterfall that you definitely would not expect to find on the side of the road! It makes for the perfect first stop of the enchanting adventures in Big Sur!

2. Stop and Snap the Vistas 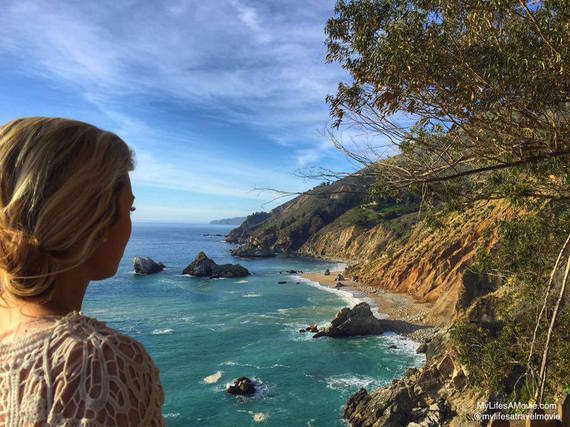 They don't call it the "Scenic Pacific Coast Highway 1" for nothing! All along the stretch of road from Morro Bay to Big Sur you'll see signs for "Vistas" where you can pull over and park your car, and get a glimpse (and photo) of the beautiful coastline from different angles. From sheer cliffs, to rock islands, to a cool looking bridge that seems to connect two mountains, there's a ton of different views to stop and see along the way.

3. Camp in the Redwood Forest 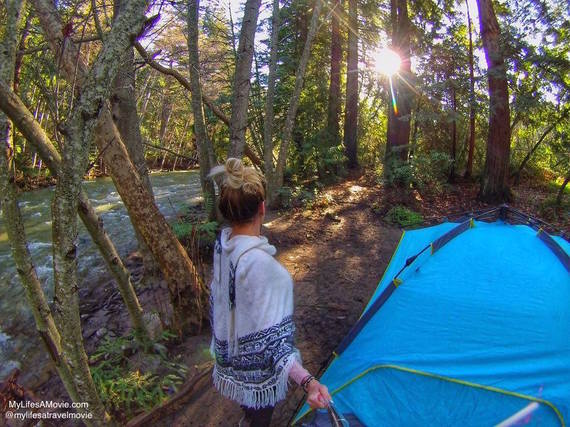 Have you ever wondered what it's like to be Little Red Riding Hood? Well, minus the whole wolf incident, and maybe without that outfit, you can feel the experience of what it's like to walk through the woods on this incredible enchanted adventure! To be honest, I thought I'd be camping on the beach, but since most campgrounds in Big Sur are relatively expensive, I opted for the cheaper price ($35-50) at Pfieffer State Park, which ended up being a magical experience.

I got to set up tent on the sandy banks of the Big Sur River (even though it was freezing), and in the morning got to wander around the massive Redwood trees, and even found one with a "cave" in it. 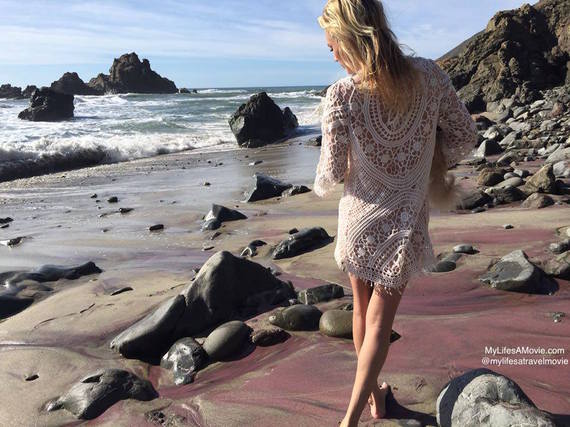 That's right. Purple. Sand. The park ranger where I camped at Pfieffer State park with the edgy maroon hair and black-rimmed glasses suggested this place, and ensured me that I should definitely go see it because it's "really rad". You can see Pfieffer State Beach on a map but there's no street signs for it, so her directions were to go South after exiting Pfiefer State Park, and turn at the second street on the right. 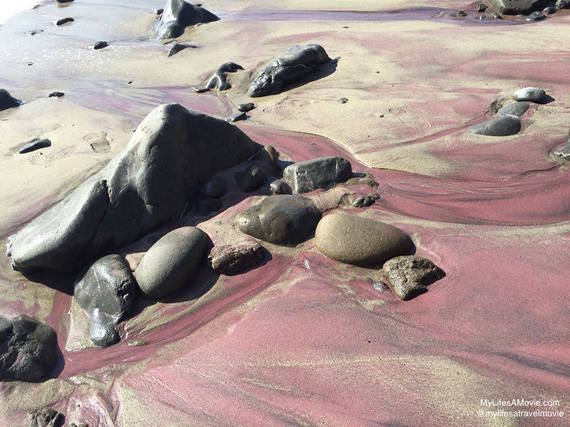 Somehow I found the turnoff, which was a sharp right hand turn, and followed the sign for Pfieffer State Beach 2 miles down the road. The road is narrow and bumpy, and was there was a river going through it at one point, so be careful. You'll also need to pay the $10 park fee for the day, but it's well worth it once you see this freaking fairytale sand!

5. Try to Catch the Key Holes 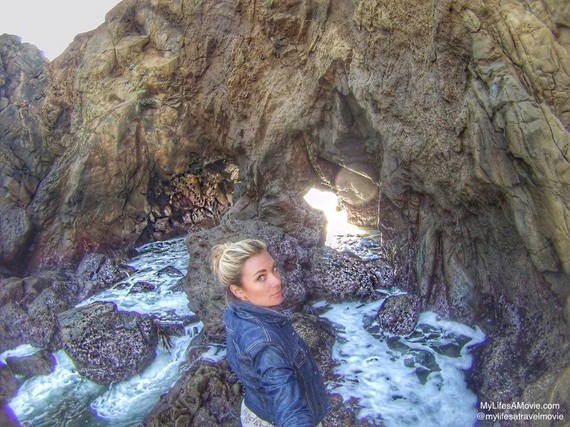 You may have seen popular photos of light coming through a hole in a rock in Big Sur, that's what is apparently called a Key Hole, and there are a couple really cool ones at Pfieffer State Beach! The first two are connected to the shore so you can get close and see the water smashing through them (as well as some cool neon sea critters!), but the one everyone tries to get a shot of is at the base of a rock island, and looks like a perfect rectangle! 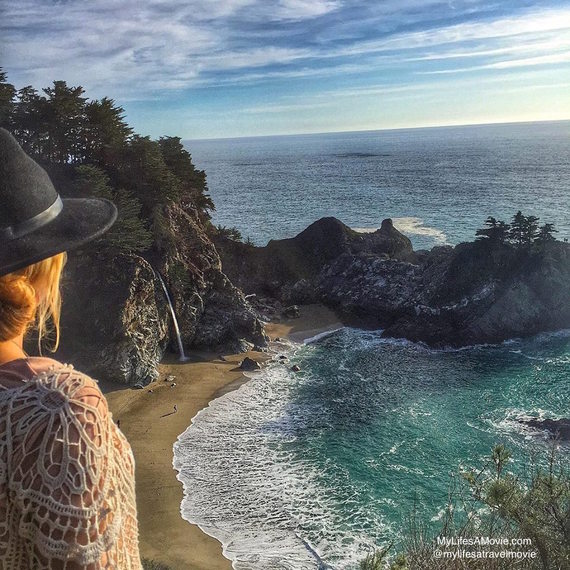 Of course I must include the most famous site to see in Big Sur, McWay Waterfall at Julia Pfieffer State Park! You don't have to actually go in the park (although if you camped at a State Park in Big Sur your pass is good for all of them), you can just park along the street where you'll see other cars, and walk down the dirt pathway to where you see a bunch of people staring and taking selfies. Try to go when the sun is high to get the best lighting! 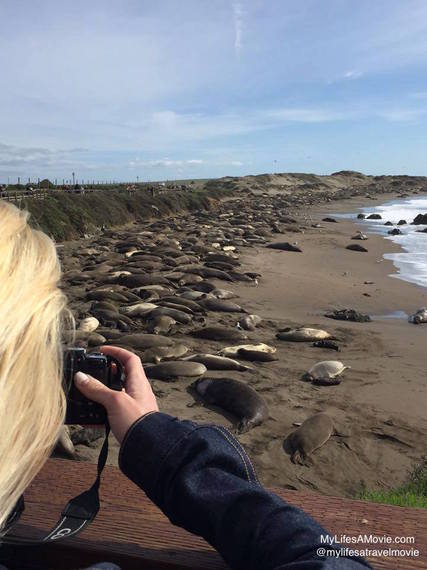 On the way home from Big Sur I stopped when I saw a sign that said "Elephant Seal Viewing Area". I had no idea Elephant Seals even lived in California, and was a bit curious to see their noses. Low and behold, there is a stretch of beach filled with what must have been over a hundred small, medium, and massive sized Elephant Seals! It as so strange, but so cool, and really cute to see the little babies!