The cruelest thing you can do to a writer who's about to make his American novel debut is ask him to write a list of recommendations for other people's books. It leads to crippling moral quandaries: 'Why should I? How do I use this to pimp my own work?' Once these panic-induced problems are overcome by deep breathing, though, a far more complex problem evolves. How do I make a list of seven essential books from a completely-impossible-to-understand country with over a billion people and strong literary traditions in at least 10 languages, most of which I don't speak?

Several disclaimers: I write books that contain superheroes, killer rabbits, underground cities and giant mecha-bots, so our tastes might not overlap at all. I read across genres and media, and think the most exciting currently evolving body of literature in the world right now is the HBO screenplay. I've also been writing for a living for a decade now, which brings with it a range of personal prejudices, some probably subconscious. Enough talk. Here's the list.

Samit Basu is the author of the new Indian superhero novel Turbulence. 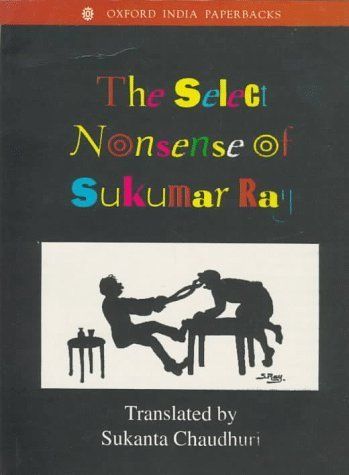 1 / 7
The Select Nonsense of Sukumar Ray, by Sukumar Ray, translated by Sukanta Chaudhuri
Sukumar Ray’s father was a splendid children’s fabulist. His son, Satyajit, was one of the world’s greatest filmmakers in his time and won a lifetime achievement Oscar. But I’d vote Sukumar as the most talented of the lot; clumsily put, he’s India’s Edward Lear, Ogden Nash, Lewis Carroll and Bill Watterson rolled into one. No translation can quite grasp the bounce and bite of his writing, but Sukanta Chaudhuri has done a fantastic job with <em>The Select Nonsense of Sukumar Ray</em>, which collects his verse and an Alice-like fantasy tale.