Could you murder, if it was for a good cause? Woody Allen's movie Irrational Man toys with this question, and whether murder can be justified on existential grounds.

Abe Lucas (played by Joaquin Phoenix) is a charismatic and brilliant philosophy professor who is plagued with melancholy. He overcomes his despair and finds the will to live when (spoilers ahead) he decides to murder a corrupt judge. Here are seven existential life lessons in Irrational Man.

Friedrich Nietzsche says that some people die too soon and some die too late. In Irrational Man, Abe's mother dies too soon. Eavesdropping in a diner, Abe hears about a crooked judge who wasn't going to die soon enough.

After repeated failed attempts to make the world a better place, Abe finds himself facing an absurd world overwhelmed with never ending suffering. Abe fed starving families in Darfur, but contracted meningitis. His wife ran away with his best friend. It's ambiguous as to whether it's the same best friend that died by stepping on a land mine in Iraq.

The existential view is that we can be in control of a lot in our lives, but not everything. We don't choose to be born. Often we leave the world as randomly as we arrive.

2. Life is full of meaningless distractions.

Most people live on autopilot. We fill our lives with habit, drama, gossip, or in Abe's case, with orgasms and single malt whiskey.

On arrival at Braylin College, Abe is scraping along the bedrock of the existential abyss. He is stagnating with mental and physical impotence from which he barely escapes with alcohol.

Simone de Beauvoir would advise not to resort to such trivial solutions: "Change your life today. Don't gamble on the future, act now, without delay".

The fact that death could be lurking around any corner makes every day vitally important for the existentialists. Instead of being depressed about death, they recommend embracing life and squeezing as much as we can out of it. Søren Kierkegaard talks about finding "the idea for which I am willing to live and die". Nietzsche suggests finding a "triumphant Yes to life".

Abe finds the idea for which he was willing to live (but not die). Murder is a concrete act that he thinks will help good people. His choice reinvigorates him and gives his life intensity.

Max Stirner and Nietzsche are famous for declaring 'God is dead'. They mean that science destroyed the Western world's Christian-style ethical system, but hasn't put anything else in its place.

Without inherent morals and values in the world, the existentialists say that it is up to us to figure it out for ourselves. Some people still choose religion. Abe says, "How comforting that would be".

The risk is that if it's up to individuals to create their own values and morals, then they might be able to justify murder. Fyodor Dostoyevsky raises the question: without God, is everything is permitted?

5. If your "Yes to life" involves a felony, then take a time-out.

Simone de Beauvoir says that without God, it is not the case that everything is permitted. Being free isn't about doing whatever you like.

For existential philosophers, freedom is meaningless without responsibility. Indeed, Abe takes responsibility for his act and is proud of it, but he is not willing to be held accountable. One of Abe's lovers, Jill (played by Emma Stone), says that she doesn't have the intellect to disagree with Abe, but that murder feels no good. 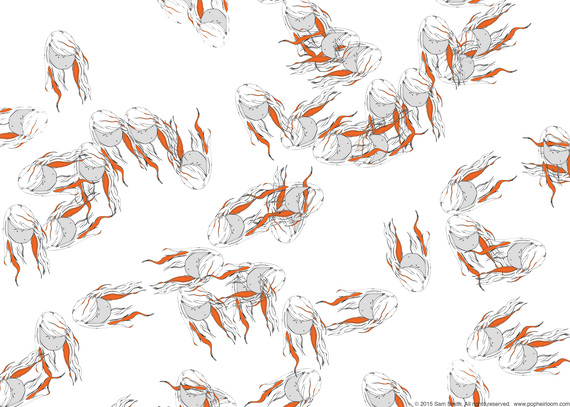 6. Being brilliant is not the same as being rational or reasonable.

It might seem ironic that a brilliant ethics professor considers murder. Yet, research suggests that professional ethicists are no more ethical than anyone else - they just rationalize it better.

Being brilliant has other disadvantages. In the book Irrational Man, William Barrett writes that, "Brilliant people are often the most dense about their human blind spot, precisely because their intelligence, so clever in other things, conceals it from them". Because mothers know best, it's Jill's mother who points out that Abe is all style and no substance.

Nietzsche warns that instinctive judgments are persuasive but deceptive because they "decide most quickly and pronounce their Yes and No before the understanding can speak". Indeed, the aesthetics of Abe's plan dazzles him, but he gives little thought to potential consequences.

Abe's act is not as courageous as it is arrogant. Murder becomes an act of hubris. He is intoxicated with how clever, careful, and rational he is. He uses altruism as an excuse to satisfy his will to kill and craving for a new experience. Kierkegaard suggests that existential choices are made in fear and trembling. Yet, Abe trembles out of excitement, not fear.

7. Hell is other people.

According to Jean-Paul Sartre, "existence precedes essence", meaning that we are creative nothings and free to behave in unpredictable ways. It doesn't matter how well we know someone, they could turn out to be a murderer. The existentialists suggest that we can't trust anyone, but not to let that stop us from doing anything because the world only takes on meaning through living and loving bravely.

Skye Cleary, PhD is the author of Existentialism and Romantic Love (Palgrave Macmillan, 2015).