When it was announced earlier this year that Harper Lee was to release a new novel, Go Set A Watchman, in July 2015, her readers and fans were quite rightly astonished. For fifty-five years, since the publication of To Kill A Mockingbird in 1960, Lee had remained one of the most famous names on a noticeably select list of best-selling authors whose reputation and enduring popularity rested on a single novel.

But with Go Set A Watchman now selling by the million -- and dividing critics and readers alike, many of whom still question whether it should have been published at all -- who does Lee leave behind her on a list of literary one-hit-wonders?

For any one of a number of reasons, the back catalogues of the seven writers listed here contain just one full-length novel, which -- although often standing alongside shorter prose works, as well as works of poetry and drama -- remains a single, magnificent work. 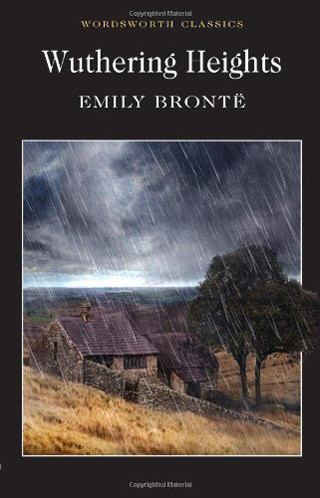 The middle sister of the three surviving Brontë sisters, Emily Brontë published her debut novel Wuthering Heights under the pseudonym "Ellis Bell" in 1847. At the time, the novel divided Victorian critics who were left scandalized by its brazen, passionate characters and its pervasively dark themes, but it has since come to be seen as one of the greatest of all 19th century novels -- and perhaps the greatest of all the Brontë Sisters' literary works. Tragically, however, just one year after its publication, Emily caught a terrible cold while attending the funeral of her brother Bramwell in 1848. The cold eventually gave way to tuberculosis, and Emily, aged only 30, died just weeks later on December 19.

A letter from Emily's publisher reputedly confirms that she had begun working on a second novel at the time of her death, but no notes, drafts, or record of the novel -- if one indeed existed - has ever been found; it has ultimately been suggested that whatever work Emily had completed on it was destroyed by her family after her death. As a result, she remains the only one of the three Brontë sisters to have published only one book in her lifetime. 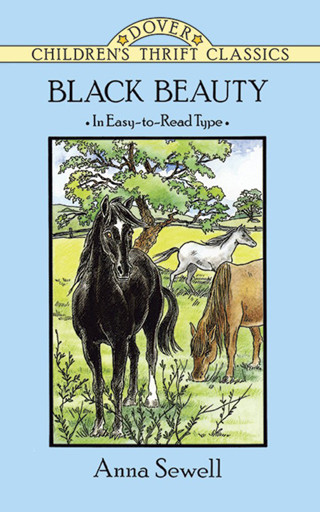 The daughter of Mary Wright Sewell, a successful children's writer, Anna Sewell was born in Great Yarmouth, England, in 1830. An accident while walking home from school in 1832 left Sewell unable to walk or stand without crutches for the rest of her life, and, as her overall health remained unsound, she became increasingly reliant on horses and horse-drawn carriages for mobility. Undeterred, however, Sewell channelled her experience and her love of horses into a novel, Black Beauty, published to great acclaim after six years' work in 1877.

While writing the novel, however, Sewell's health deteriorated further; she was forced to complete it by dictating much of the remaining chapters to her mother. Just five months after its release, Sewell finally succumbed to tuberculosis leaving no other completed literary work. She was just 58. 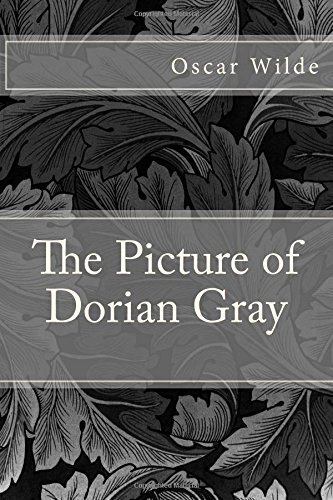 The book began life at a meeting in London in 1889 between Wilde, Arthur Conan Doyle, and JM Stoddart, the editor of the 19th century literary journal Lippincott's Monthly Magazine. Over dinner, Stoddart commissioned each writer to submit a short story for the magazine: Doyle eventually submitted Sherlock Holmes' second outing, The Sign of Four, whereas Wilde went on to deliver a gothic-influenced tale of a young man who sells his soul to ensure he remains beautiful, despite his libertine lifestyle, while a portrait of him ages in his place. Stoddart was forced to cut 500 of the novel's most scandalous words before its publication in 1890, but even this abridged version still managed to cause an outcry on its publication. Wilde never returned to novel-writing again, and died in Paris in 1900. 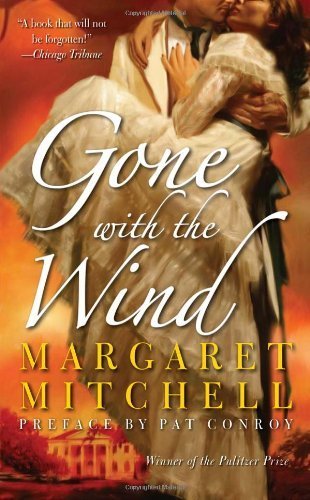 Margaret Mitchell wrote her only published full-length novel, Gone With The Wind, over three years, initially whilst recovering from a debilitating ankle injury -- she only decided to begin writing it after her husband suggested she write a story rather than relying on him to carry books home from the local library for her to read while she recuperated. During the writing process, she reportedly used piles of typewritten manuscript to prop up a couch that had one of its legs missing, and just before submitting the finished draft to a publisher, Mitchell decided to rename her central character: the heroine, Scarlett O'Hara, had originally been named "Pansy." Despite its unorthodox beginnings, however, Gone With The Wind was published to rave reviews in 1936, and earned Mitchell a Pulitzer Prize the following year.

Tragically, however, on August 11, 1949, Mitchell and her husband were hit by a car driving on the wrong side of the road while they crossed a street in Atlanta on their way to a cinema. She died five days later. The driver of the car, an off-duty taxi driver, was convicted of involuntary manslaughter and served just 11 months of an 18-month jail sentence.

Having shelved any future fiction work during the Second World War (during which she turned her attention and her unwelcome new-found fame towards fundraising and volunteer work) Mitchell's untimely death meant that Gone With The Wind remained her only full-length published work. Two novellas -- Lost Laysen, written when she was just 15, and 'Ropa Carmagin -- survive, as does much of Mitchell's journalism; the draft of another novel, The Big Four, written in the late 1910s, is believed to be lost or destroyed by Mitchell herself. 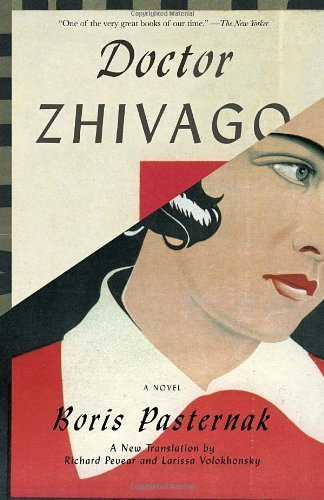 The son of a concert pianist and an artist who illustrated Leo Tolstoy's novels, Boris Pasternak was born in Moscow in 1890. After brief periods studying music and philosophy, Pasternak dedicated his life to literature -- and eventually earned a Nobel Prize two years before his death in 1960. So how can a Literature Nobel laureate end up on a list of literary one-hit-wonders?

Well, whereas to western readers Pasternak is best known as the author of the epic novel Doctor Zhivago, in his native Russia, Pasternak is celebrated as one of the 20th century's greatest poets and influential translators. Two early anthologies, My Sister, Life (1922) and Themes and Variations (1923) established Pasternak as one of the most inventive voices of his time, and later works inspired by the 1905 Russian Revolution reinforced this reputation. A handful of short stories and Russian translations of Shakespeare, Goethe and Schiller followed, before the publication of Doctor Zhivago, his only full-length novel, in 1957. 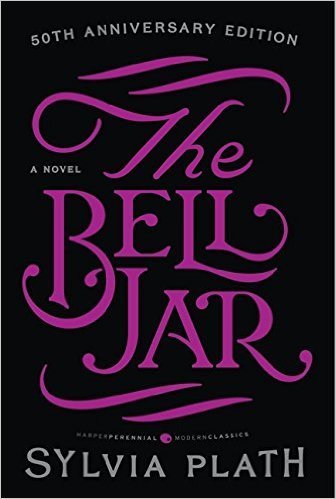 Sylvia Plath's astonishing semi-autobiographical novel The Bell Jar was first published (under the pseudonym "Victoria Lucas") in 1963. Telling the story of a young Bostonian woman, Esther Greenwood, who returns home from a summer internship in New York to find increasing disillusionment and isolation at home in Massachusetts, Plath's vivid and unflinching descriptions of Esther's worsening insomnia, anxiety, depression, attempted suicide, and eventual psychotherapy sessions and tentative recovery, were all based on her own devastating experiences.

Tragically, Plath committed suicide early on the morning of February 11, 1963. She was just 30 years old. Although she and her husband, Ted Hughes, were separated at the time of her death, they were still officially married, and as such Hughes inherited her estate -- including a selection of her private notebooks and an unfinished manuscript for a second novel, tentatively titled Double Exposure. Hughes chose to destroy some of Plath's notebooks, while others -- apparently including the draft of her second novel-- in his own words, simply "disappeared." Ultimately, alongside Plath's vast collection of poems and her handful of short stories and children's literature, The Bell Jar remains her only published novel. 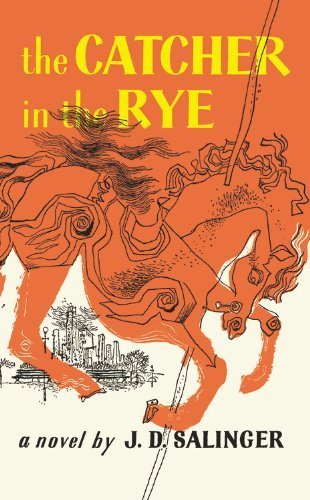 Among JD Salinger's earliest published works were a handful of short stories, including "A Perfect Day for Bananafish" and "The Laughing Man," many of which were published in The New Yorker in the late 1940s. The unexpected success of his remarkable coming-of-age novel The Catcher In The Rye in 1951, however, thrust him into precisely the kind of limelight he disliked, and as the book became ever more successful, its author grew ever more reclusive.

Salinger published his last original work -- a novella entitled "Hapworth 16, 1924" -- in The New Yorker in 1965. Anthologies of other earlier short stories and novellas followed, but Salinger remained intensely private throughout, and never published another full-length novel nor any new material. Having given his last interview in 1980, he died in 2010.