Several months ago, PETA's Los Angeles office, the Bob Barker Building, hosted an unusual adoption event. There were no dogs or cats or even rabbits. This event was for the birds -- literally. Nearly 100 hens -- who had been rescued by Animal Place from an egg farm that was "depopulating" birds who were no longer productive -- were in need of homes. And they got them during the largest chicken "adopt-a-thon" ever held.

These hens were extremely lucky. Most "depopulated" birds are sent to slaughter, their bodies chopped up and turned into "nuggets" or "fingers." Other unwanted birds (including male chicks, who are useless to egg farmers for obvious reasons) don't even make it to the slaughterhouse: They are simply tossed into huge "macerators" and ground up -- alive.

If death by wood chipper isn't enough to put you off eggs, here are some other compelling reasons to keep them off your plate during National Egg Month and every other month of the year:

1. There's a 90 Percent Chance Your Eggs Came From a Factory Farm

More than 90 percent of eggs come from hens who are confined to battery cages -- row upon row of cages stacked many tiers high in huge windowless sheds. Each cage, which is about the size of a filing cabinet drawer, holds from five to 11 hens. The birds are virtually immobilized -- with not even enough room to spread a single wing. Waste from birds on upper tiers falls on those below, and the ammonia fumes can be so strong that they ulcerate birds' eyes. Hungry yet? 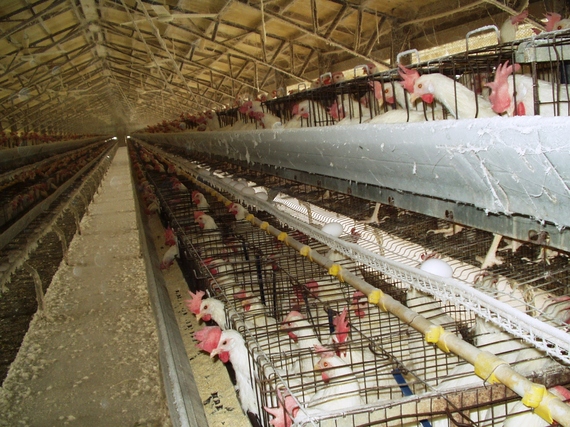 So-called "free-range" hens don't have it much better. Most are confined to the same crowded, filthy, sheds that factory-farmed "broiler" chickens are raised in. The USDA requires that "free-range" animals have access to outdoor areas, but the birds don't actually have to spend any time outside to be called "free-range," and the sheds are so crowded that many birds can't even get to the doors. And yes, even so-called "humane" and "free-range" farms "depopulate" (i.e., slaughter) unproductive hens.

It's baaaaack. After a recent outbreak of H5N2 at dozens of Iowa egg farms, an estimated 25 million hens were (or soon will be) killed -- nearly half the egg-laying hens in the state. There have also been recent bird flu outbreaks on chicken and turkey farms in Arkansas, Idaho, Kansas, Minnesota, Missouri, Montana, North Dakota, Oregon, South Dakota, Washington and Wisconsin. Bird flu easily mutates into strains that can infect people: More than 600 people worldwide have died of bird flu since 2003, and hundreds more have been infected.

Salmonella is responsible for more foodborne outbreaks than any other bacteria, and eggs are the main source of salmonella infections. (Bacteria spread like wildfire on crowded factory farms, and they don't come any more crowded than on battery egg farms.) Last month, two egg industry executives were sentenced to three months in jail and fined $100,000 apiece for their role in the largest egg recall in history, a 2010 salmonella outbreak that involved half a billion eggs and sickened up to 56,000 people. 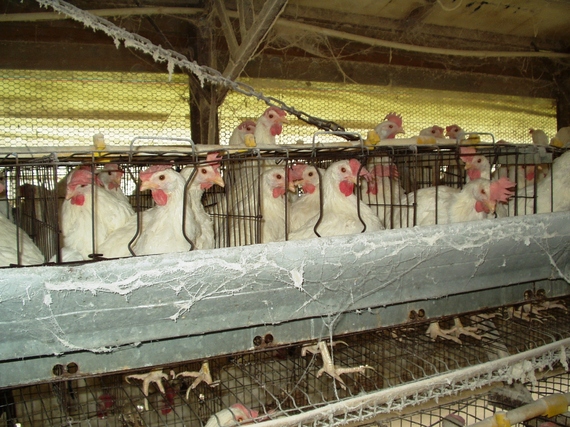 Credit: PETA
5. Eggs Are Still Bad for Your Heart

A recent study found that eating eggs is almost as hard on your arteries as smoking: People who ate three or more egg yolks a week had significantly more arterial plaque than those who ate fewer to no eggs at all. Exactly what it is about eggs that's so bad for you is still a matter of debate. In addition to cholesterol, eggs contain a significant amount of fat, much of which is saturated or "bad" fat. They also contain lecithin, which is converted during digestion into TMAO, a chemical that has been linked to an increased risk of heart attacks and strokes. Researchers theorize that TMAO makes it easier for cholesterol to stick to artery walls, which prevents the body from excreting excess cholesterol. 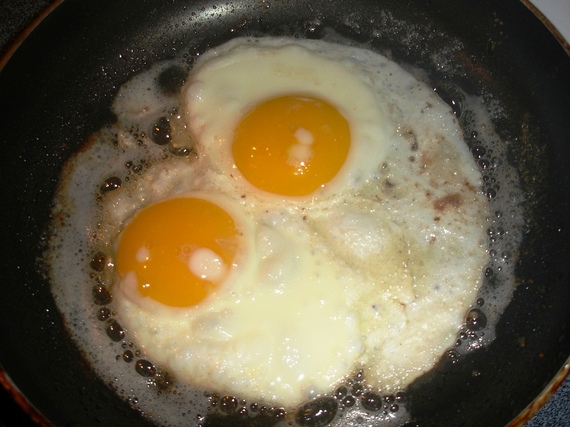 Yeah, it's pretty gross when you think about it. 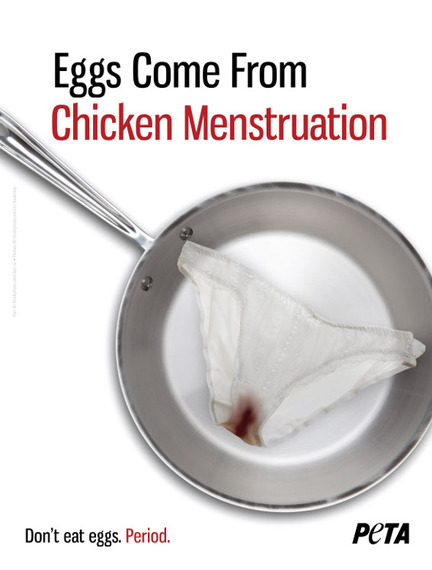 7. Chickens Are as Smart as Monkeys

According to animal behaviorist Dr. Chris Evans of Australia's Macquarie University, chickens are good at solving problems. They can recognize each others' facial figures, count from left to right like humans, have at least 24 distinct cries, and are able to understand that recently hidden objects still exist, a concept that small children are unable to comprehend. "As a trick at conferences, I sometimes list these attributes, without mentioning chickens, and people think I'm talking about monkeys," says Dr. Evans. 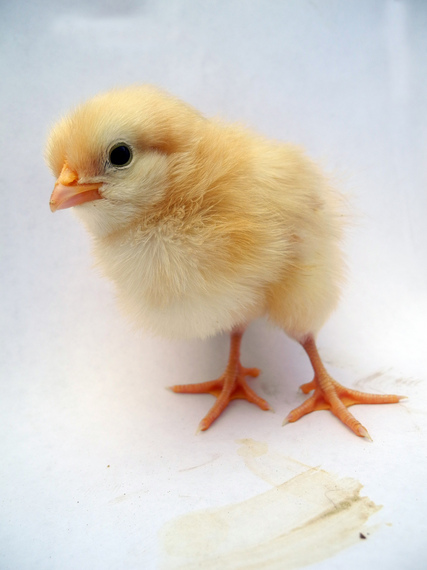 You can help chickens everywhere by refusing to buy any eggs and instead using egg-free options for your baking and cooking.