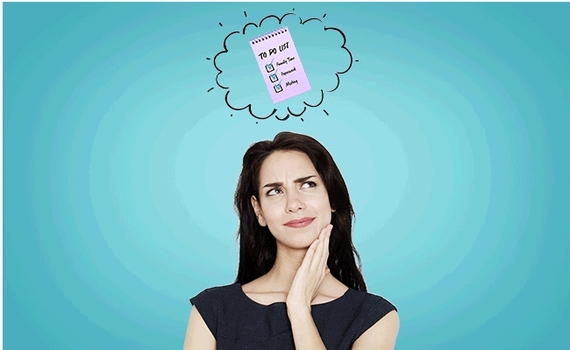 Not getting anything done today? You're going to want to read this.

There are some people who wake up at 5 a.m. without hitting snooze, meticulously write to-do lists, and keep their work area so clean you could eat off of it (not that they would ever have a sad desk lunch).

So how do they do it? Are they able to multitask at the speed of light? Can they leap over huge piles of paperwork in a single bound? Turns out, you don't need any superpowers to be super-efficient. Below, productivity experts let you in on some of the habits that keep them on task. (Want to pick up some healthier habits? Sign up to get daily healthy living tips and more delivered straight to your inbox!)

They don't believe in messiness.
It may be a testament to your creativity, but a messy desk definitely doesn't scream, "I'm productive!" (At least according to Jason Jennings, productivity researcher and author.) But that unkemptness doesn't just paint you as a lazy person, it also seriously stalls your output. When you're working in an organized and clean workspace, you're more focused on getting the job done (and less distracted by clutter). Being a truly productive person is "about having a habit of touching everything once," says Jennings. "When something has to be done, productive people simply do it, then get rid of it."

They schedule everything (even family time). 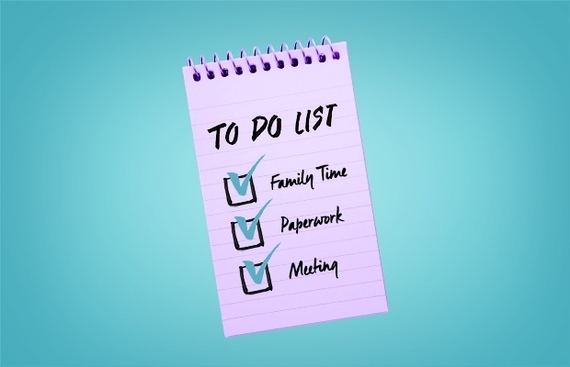 Most of us wake up knowing what we have to do that day: go to work, get some exercise, eat a few times, be social, etc., but truly productive people take it a step further and set a program for the day. "They make a list of the things that have to be accomplished, then they go through that list and prioritize it even further," says Jennings. When you've got a clear agenda in front of you, it's more difficult for other, less important tasks to get in the way. Just make sure family and personal time ranks just as high as important meetings. "If anything's going to suffer, it's usually family and personal stuff. But I always consciously give equal time to everything," he explains.

They follow through.
"If you finish your rice, then wash your bowl," says Tim Pychyl, professor at Carleton University and author of Solving the Procrastination Puzzle. That's an ancient Zen saying he lives by. "It's just a matter of getting things done; I simply put one foot in front of the other," he explains. For instance: If you need to write an important email, focus on the very first step (actually opening the email message box). Zeroing in on a single action rather than the entire task puts the wheels in motion. "You really have to drive it down to behaviors rather than entire tasks; otherwise things seem too daunting and you'll just walk away," says Pychyl.

They don't check email as often as you do.
Do you keep your email up and running all day long? It could be draining your productivity. "Most super-productive people only check their email 2 or 3 times a day," says Jennings. When you're always hearing new message alerts you'll never get anything done because there's always something else to tend to. But if you can't bear to turn off your email, at least enlist the help of filters. "We have this idea that everything that hits our inbox is urgent," says Alexandra Samuel, Ph.D., author of Work Smarter with Social Media. But that's far from the case. Filters -- like sending anything with the word "unsubscribe" directly to the trash -- can seriously up your efficiency.

They don't forget about themselves. 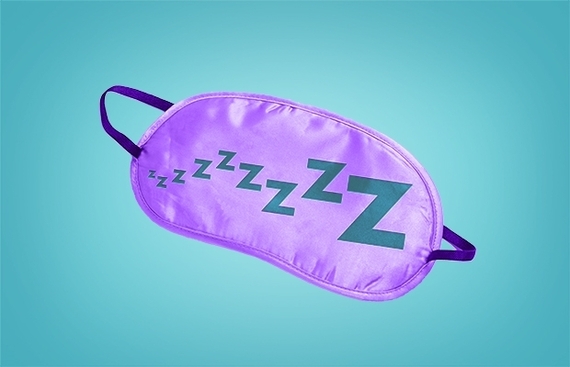 You can't be firing on all cylinders if your health is out of whack. "Your best resources are your body and your mind," says Maura Thomas, author and founder of productivity website RegainYourTime.com. Getting enough sleep and exercise is the key to clear thinking, more creativity, and increased energy -- which, in turn, make you more productive, she explains. And if by some fluke one of these super-productive people didn't get quite enough sleep the night before, they're not opposed to a midday nap. "Really, the most productive thing you can do is close your eyes for 10 minutes -- even if you don't actually sleep, that rest period is just as good," says Thomas. 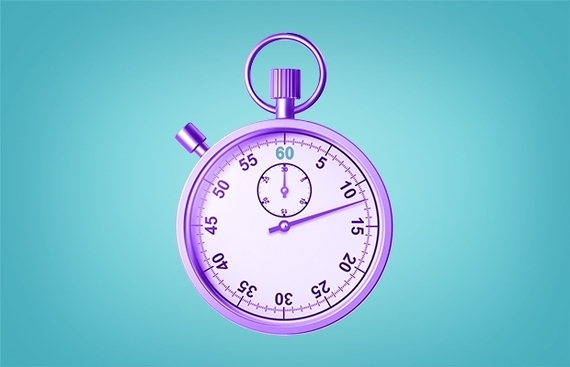 A little bribery can go a long way. If you have, say, an expense report that you've been dreading, allow yourself a little indulgence when it's finally done, suggests Thomas. Time limits also have the same effect. "Set a timer and say 'I'll do this for 10 minutes,'" she suggests. Chances are, once you dive in you'll keep going. "Getting started and getting over that hump is always the hardest part."

They make technology work for them.
Technology can be both a blessing (calendar apps!) and a burden (Facebook!) during the workday. For example, Samuel has turned her phone into a personal assistant of sorts by setting reminders for everything that she has to do. It's all about anticipating procrastination and then limiting any wiggle room you might have to keep you from getting a task done, says Pychyl, who lives by his color-coordinated email calendar. "Every category (work, personal, family) is a different color," he explains. This way, he can see at a glance when he's giving too much (or too little) time to one specific area of his life, and can prioritize accordingly.

This article "7 Things All Super-Productive People Do " originally ran on Prevention.com.