(RNS) Pope Francis is widely viewed as the “pope of change.” But just how is he changing the Catholic Church — and today’s world? What are his top issues? Here’s a look at seven main planks of his pontificate:

Every pope is first and foremost a teacher of the faith. And for Francis, as for his predecessors, a firm faith is the foundation for all that the Catholic Church does, and preaches. But for Francis, more than most pontiffs, faith is expressed in deeds more than in sermons. He likes to cite the adage attributed to his namesake, St. Francis of Assisi: “Always preach the gospel — use words if you have to.”

For Pope Francis, this is the essence of Christianity, and it is how the church must live in order to be true to the gospel — and to have any credibility going forward. He has modeled that mission by shunning the trappings of the office, living simply and trying to get the Vatican to do the same: He has installed showers for the homeless in St. Peter’s Square and he sends a personal aide into the streets of Rome to dispense charity to the needy.

Francis says the Catholic Church must focus outward if it is to find its true self, and that’s a revolution in the way the institutional church has worked.

For the church to embark on the great mission Francis envisions, it must start with an overhaul of the Roman Curia or administration, which through the centuries has been beset by inertia, incompetence and scandal. A chief reason the cardinals elected Francis was because they thought he could finally tame the Curia, and that is one of the first tasks the new pope set out to do. But it’s a challenging and long-running job and entails changing an entrenched mindset while also decentralizing a church that in recent decades has become focused on the Vatican and the papacy.

A major part of that cleanup is revamping the Institute for Religious Works, aka the Vatican bank — also a frequent source of scandal. It’s also a slog, but Francis has already taken major steps in this overhaul, making the Vatican bank more accountable and transparent. It’s a thankless job, but someone had to do it.

In an institution that defines itself as hierarchical, change has to start at the top. Almost from the moment he was elected, Francis has not only sought to model a humbler sort of pastor, but he has repeatedly blasted hierarchical “careerism” as “a form of cancer” and derided bishops who strut about in church finery as “peacocks.” He has called on bishops to be pastors who are close to the flock — who have “the smell of the sheep” — and not to be “airport bishops” who buzz around the world padding their resumes and developing the “psychology of princes.”

Francis preaches mercy to his flock, driving home the point that the heart of God is mercy, and that’s what the church should reflect. But he is merciless toward his own bishops, telling them not to be “rigid” rule-followers like the Pharisees of old.

“A poor church, for the poor!” That was Francis’ wish, conveyed to journalists just days after his election in March 2013. Since then, he has made advocating on behalf of the poor and unemployed, and against economic inequality, a hallmark of his papacy. “An unfettered pursuit of money rules. This is the ‘dung of the devil,’” as he put it in a powerful address in Bolivia in July that ripped what he sees as an unjust global economic system. “Such an economy kills,” as he put it elsewhere.

These denunciations have led many to hail Francis as a prophet, while others say he is wrongheaded and talking about topics a spiritual leader should avoid. But Francis seems determined to make the church’s teachings on money as important as its teachings on sexual morality and abortion.

“Go out to the peripheries!” That has been the pope’s clarion call throughout his papacy, and it has been evident in his great concern for immigrants and refugees around the world. In his first official trip outside of Rome, Francis celebrated Mass on the remote island of Lampedusa off the coast of Sicily, where thousands of migrants fleeing Africa often land — if they don’t drown on the perilous crossing.

Francis sees Lampedusas all over the world, including in the U.S., where his bishops have lamented the gridlock over immigration reform. In the faces of today’s refugees, as in those of the poor, Francis sees the embodiment of the gospel.

Francis’ predecessor, Pope Emeritus Benedict XVI, was christened “the green pope” because he spoke out on the Christian duty to care for creation. But Francis has taken that imperative to a new level, and with unprecedented urgency. He wrote an entire encyclical — one of the most authoritative documents a pope can issue — on the need to combat man-made climate change quickly and on the morality of protecting the environment and changing the way we live.

And once again, he’s not just blowing hot air — he is lobbying world leaders and making global warming a focus of the Vatican’s diplomatic efforts.

Francis is putting the Vatican’s diplomatic machinery — and his considerable personal influence — into resolving international conflicts, making the papacy a player in geopolitics. Francis has hosted Israeli and Palestinian leaders at the Vatican, held public vigils for peace in Syria and called for action to resolve conflicts in South Sudan, the Central African Republic and Ukraine. He also played a key role in brokering the historic breakthrough between the U.S. and Cuba. And he shows no sign of slowing down, with plans to travel to hot spots around the globe.

“Francis is not resigned to a passive vision of world affairs,” said Marco Impagliazzo, president of the Rome-based Community of Sant’Egidio, a Catholic organization active in conflict resolution and peace brokering. “We must prepare for a new age of political audacity for the Holy See.”

It’s a huge gamble for Francis to put his prestige on the line in international affairs, given the volatile and seemingly intractable nature of so many wildfire conflicts. But as with so many of his projects, he is not afraid to take risks, and even to fail, seeing that process as integral to the church’s pilgrim path on earth.

As Francis has put it: “I prefer a church which is bruised, hurting and dirty because it has been out on the streets, rather than a church which is unhealthy from being confined and from clinging to its own security.”

(This story is part of a series on the papal visit produced in collaboration with USA Today.) 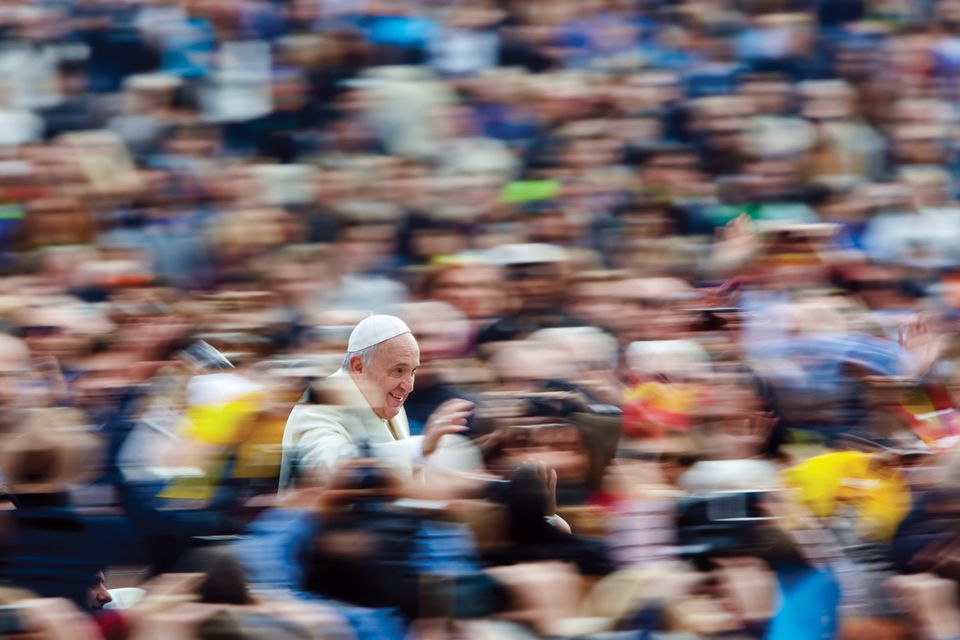