If you are buying or selling a business, the first thing you'll do when your lawyer sends the draft contract, if you're like my clients, is check the purchase price. Then you'll make sure they spelled your name right. Then, if you are my client or a regular reader of No Funny Lawyers, you'll flip to some legalese buried near the back.

How deal documents divvy up the downside has been my focus of late. After first introducing the idea of indemnification, I explained the role warranties and representations play in risk allocation. Then an unplanned spin into fact-checking explains both due diligence and why this is the fourth post of a three-part series.

Whether you are buyer or seller, here are seven elements to think about when reading an indemnification provision: scope, damages, survival, exclusivity, caps, baskets, and third parties. 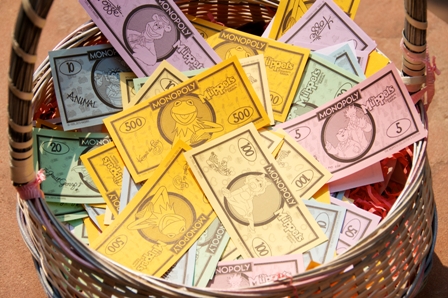 Baskets of money are good for more than one reason.

Scope. Simple enough, what does the indemnification go to? Breaches of reps and warranties are always covered. Beyond that it depends on negotiations. Identified issues, like liabilities the buyer isn't assuming in an asset deal, or a specific problem, say taxes or the threat of a third party law suit, are often included. Expand that last notion backwards and forwards from closing and you get what is often called "my watch, your watch" indemnities. If something bad happens when I own the company, I promise to make sure it stays my problem, not yours. Sounds fair, but think twice, especially if you are the seller.

Damages. Direct damages, what's typically associated with a breach of contract, are usually indemnified against. Beyond that is a host of bigger ideas accompanied by bigger numbers. Consequential damages. Lost profits. Punitive damages. Purchase prices may be calculated or even expressed as a multiple of some number representing results of the business, like EBITDA. If the seller's numbers supporting that result are wrong, does that same multiplier (5x, 9x, 12x?) apply to the buyer's damages?

Survival. You know about statutes of limitations -- how much time the law allows someone to be on the hook for something they did. In deals, survival is how the buyer and seller describe the time limits for when a party (usually the seller) can be held liable for indemnification. These are typically much shorter than statutes of limitation: 18 months to three years versus four to six years.

Exclusivity. Is indemnification the only remedy or is it just one? Sellers usually want to wrap all their post-deal exposure into one section of one contract -- indemnification -- instead of having to worry about any number of other legal claims where buyers can attempt to pin problems back on them. Fraud is one claim, however, that can't be contracted away.

Caps. What's the most a party can be held responsible for? Without a cap, there is NO limit. This is a major seller concern. Caps are usually expressed in dollars, but negotiated as a percentage of purchase price. 100% of purchase price is certainly better than no cap, but 25% or even 10% is even better, if you are the seller. How low it can go depends on the risk in the business, the buyer's attitude about risk (strategic buyers and private buyers are often less concerned than financial buyers and public companies), and relative bargaining power. 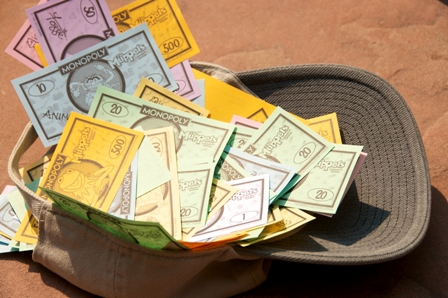 No one-size-fits-all. Cap sizes are determined by the deal.

Baskets. Sellers like small caps but big baskets. A basket is like a deductible in risk allocation. The buyer can ask for indemnification only once the damages suffered by the buyer exceed a certain threshold. There are variations, of course. In a tipping basket, once the damages exceed the basket threshold, the seller is responsible for all damages from the first dollar. Caps, baskets and survival periods, by the way, are often varied by the type of liability. Straightforward business risks may have low caps, big baskets and short survivals. Fundamental concepts, like actually owning what you purport to sell, go the other direction.

Third Parties. No one uses the party of the first part or the party of the second part anymore, but third parties are still in contracts, and M&A indemnification provisions typically spell out how buyer and seller will respond when some other person makes a claim against one of them or the company. If the seller is going to be responsible for paying any damages if the third party claim is successful, then typically the seller would like to be able to control the process of defending (and potentially settling) that claim.