This god, the ancient Greek Dionysus, was a drama king. Volatile, mysterious, and oversexed, he lavished joy and ecstasy on followers and defied the established social order. He was a snakey saboteur, luring women away from reputations, homes, and husbands. But he was worth it. Under his spell, women ran with their libidos and in their raptures, ascended to seventh heaven.

Among literary ladykillers, some are superstars in the romantic pantheon. While they reflect the tastes of the times, they're divine knock-offs of Dionysus. Don Juan may be a Spanish hidalgo of the 1600s who seduces nuns and goes to hell, but he's male sexual energy incarnate, with charms no woman can resist.

So, too: Valmont of the eighteenth-century Liaisons Dangereuses, Count Vronsky of Anna Karenina, and Rhett Butler of Gone with the Wind. They're not only sex idols of their eras, they're avatars of the phallic god--high-volt, lusty, festive, and fatal to women.

Betsy Prioleau is the author of the new book Swoon: Great Seducers and Why Women Love Them. 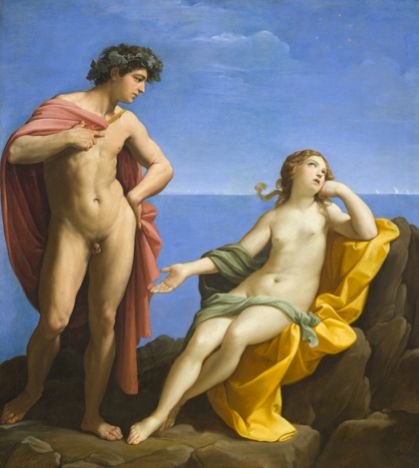 1 / 7
Dionysus the Seducer
Dionysus, the ancient Greek god of sexual passion, was so alluring he was known as the “woman-stealer.” When Theseus abandoned Ariadne after she led him out of the Labyrinth, Dionysus staged his most famous seduction. He swooped down on the princess in all his glory—his gorgeous looks, flowing cape, and retinue of merrymakers—and made her forget Theseus in a heartbeat. “I am here for you,” he crooned in his “mindcharming” voice: “a husband, faithful.” To celebrate their wedding, Dionysus crowned her with the stars, the constellation Corona, and raised her to the realm of the immortals.
Los Angeles Museum of Art